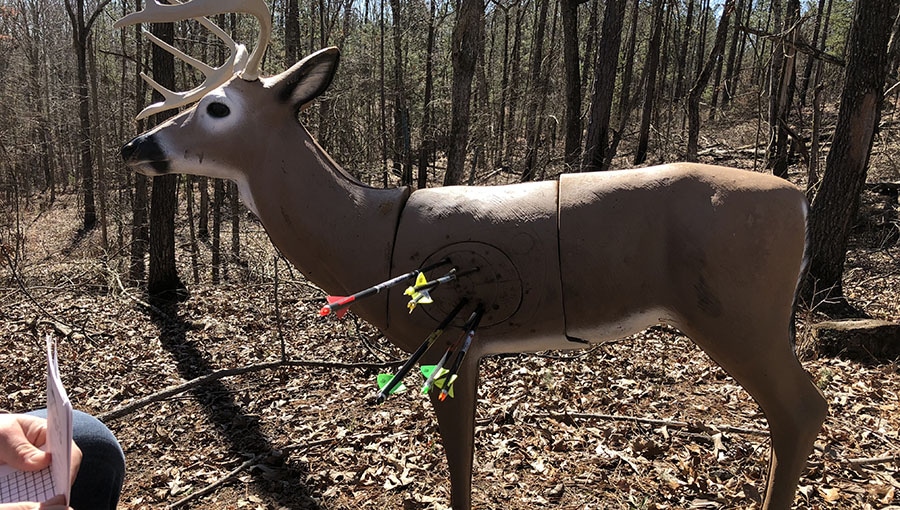 When discussing 3D archery with those unfamiliar with the sport, I often describe it as “golf for bowhunters.” That’s because 3D archery takes the challenge — and frustration — of golf and combines it with the fun and excitement of shooting your bow in various true-to-life hunting situations. What’s not to love? So I’m always surprised at how few bowhunters take advantage of 3D archery opportunities.

Not only is 3D archery fun and challenging, but I can’t think of a better way to spend a day outdoors with friends and family. I’ve enjoyed participating with friends for years now, but it wasn’t until my daughter recently picked up archery that it took on a whole new meaning for me. It has given us a common interest to discuss and an opportunity to spend quality time together doing something we both enjoy.

Beyond just the time we get to spend together, though, I know shooting 3D archery is going to give her the edge when she takes her bow to the woods for the first time this fall. And it can give you an edge, too. Let’s take a look at what 3D archery is all about, and then we’ll discuss four ways participating in the sport will improve your odds of success this deer season.

What Is 3D Archery?

For those of you not familiar with 3D archery, it goes something like this: you follow a trail through the woods and/or fields, stopping occasionally to shoot at a foam, life-like animal target placed at an unknown distance. You get one shot at each target and receive a score based on where your arrow hits the target. Most shoots have 20 to 40 total targets ranging from bobcats to bears, to deer, elk and everything in between. Most shoots offer a variety of shooting classes based on age, equipment and ability. So someone who just wants to come out with their hunting bow to prepare for deer season doesn’t have to compete against a competitive archer with a professional target-bow setup. Some shoots offer “known distance” classes where you can use a rangefinder to determine the target distance, but most are “unknown” — meaning you have to estimate the yardage on your own and shoot accordingly. So how does all this better prepare you for bowhunting? Let’s take a look.

It Keeps You in Good Practice

For years, I did what many bowhunters do: after deer season, I would put my bow away and not get it back out until a few weeks before the next deer season. I would then proceed to shoot for the next two or three weeks then go straight into hunting mode. The problem with this method is you never end up shooting enough to develop good muscle memory or discover flaws in your form or shot execution.

On the flip side, if you are shooting 3D archery in the off season, your time spent practicing increases significantly. Not only through participating in shoots but with the practice you will likely implement preparing for those shoots. I mean, you don’t want to hand over bragging rights to your buddies, do you? That increased practice will keep your shooting muscles in shape and help you develop a consistent, reliable shot going into deer season. It will also give you time to correct any issues you may discover in your shooting form.

It Ensures Your Equipment is Well-Tuned

Another bonus of shooting 3D archery in the off-season is the ability to address any equipment issues that may have developed since deer season. Strings stretch. Sights get bumped. Equipment malfunctions. If you don’t pick up your bow until a week or two before the season, then you may not have time to address or even discover an equipment issue. No one wants to kick off deer season with their bow in the shop. By shooting all year, you’ll be much more in tune (pun intended) with your equipment, and by the time deer season arrives, both you and your equipment should be at the top of your game.

It Improves Your Yardage Estimation

I can’t tell you how many deer I missed when I first started bowhunting in the late 80s. Actually, I probably could, but I don’t want to relive all those painful memories. Without fail, a deer would step into my shooting lane, and with my heart pounding, I would watch in disgust as my arrow sailed over the deer’s back. When the pressure was on, I just couldn’t judge yardage to save my life.

With more of today’s hunters packing rangefinders into the woods, it seems yardage estimation is becoming a lost art. But what if a deer slips in quietly, giving you no time to pull out your rangefinder? Or what if your rangefinder’s batteries die or your rangefinder malfunctions at the moment of truth? It’s important to be able to accurately estimate the distance to your target, and that skill can be honed when shooting 3D archery. 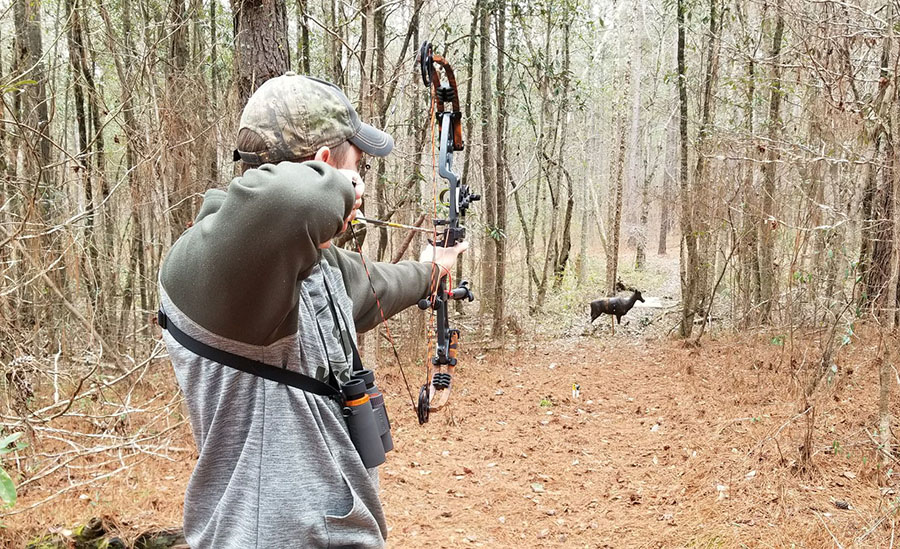 Since 3D archery targets are placed at various unmarked distances, you have to get used to judging those distances. With the release of an arrow, you will quickly discover the accuracy of your guess. You can then step it off as you retrieve your arrow to see how close you were. Some 3D archery shoots offer “known” classes, which allow shooters in that class to carry and use a rangefinder. If you’re going to shoot a known-distance class, I would still encourage you to make an initial estimate of the target distance before ranging it, so you get the benefit of sharpening your yardage estimation skills.

It Builds Confidence in Your Shot

All of these things discussed so far combine to provide the biggest benefit of all to shooting 3D archery — confidence. The increased practice will build confidence in both your ability and your equipment, and judging target distances will build confidence in that area, as well. That confidence will pay dividends when the buck you’ve been after all season finally steps into your shooting lane. You will be much less likely to succumb to buck fever because the shot will be second nature.

As I mentioned earlier, I missed my share of deer early in my bowhunting days because of my inability to judge distance under pressure, but it probably had just as much to do with my lack of confidence in my shooting ability, as well. The result is often referred to as “buck fever.” It wasn’t until I started shooting 3D archery and practicing year-round that I developed a confidence in my shot which allowed me to maintain control even when my heart was beating so loud I thought the deer were going to hear it.

For me, 3D archery gives me something to look forward to outside of the hunting season. It’s a great way to get outdoors, fellowship with other bowhunters, and sharpen my archery skills. And most importantly, it gives my daughter and me an opportunity to spend quality time together doing something we both enjoy. In the end, we are better archers and better bowhunters because of 3D archery.

Note: If your child has an interest in 3D archery, be sure to check out Scholastic 3D Archery (S3DA), a program that works with schools, sportsmen’s clubs and archery dealers to foster, educate and guide youth in the areas of 3-D, indoor target, and outdoor target archery as well as safe, ethical bowhunting practices. NDA is a proud partner of S3DA.