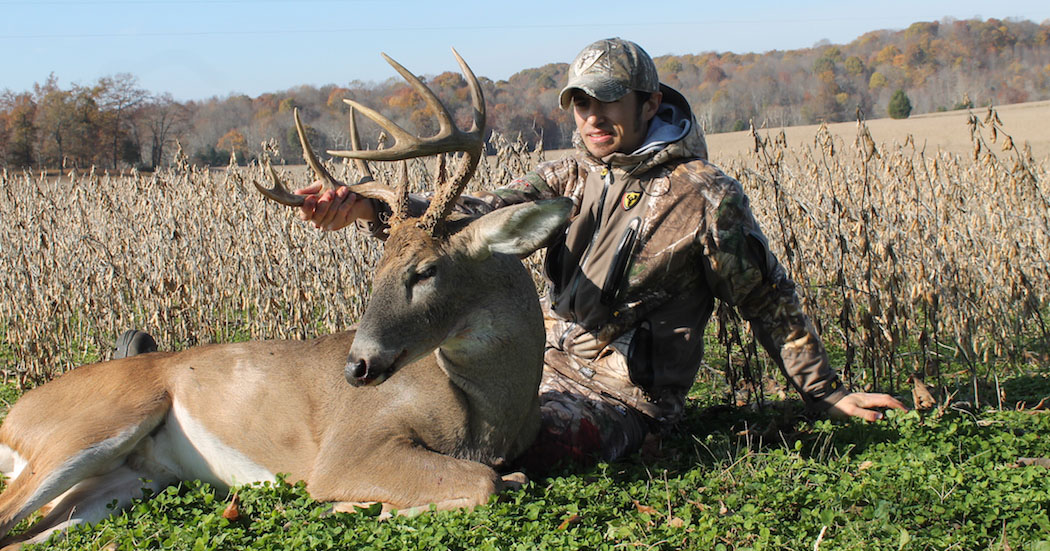 I used to be the type who would sit in the same stand for nine days straight and half a day on the tenth. It didn’t take long for me to realize this was a major mistake. Needless to say, I corrected it quickly.

There are several reasons to combat this and keep it from happening, but these five are some of the top reasons why I let my treestands rest. Furthermore, it’s why I don’t hunt my best spots until the hunting gets really good in late October.

A recent study shows that deer — especially mature deer — don’t tolerate pressure. The study — conducted by Clint McCoy — showed that your chances of seeing a mature deer near your stand are cut in half after 12 hours of hunting that spot.

Knowing this really changes how I think about hunting, especially mature bucks. In fact, it makes you not want to hunt your best spots at all in fear of pushing deer out. That said, it’s just further reinforcement that we cannot hunt our “honey holes” until the timing is absolutely right. The first time a stand is hunted should also be during the best conditions conducive to seeing and killing deer. Such conditions includes the phase of the rut and food source availability.

2. You Leave Less Scent Behind

Some hunters have it in their heads that they aren’t pressuring deer unless they’re actually hunting. That’s simply not true. We leave scent behind every time we go afield. Checking trail-cameras, scouting for rubs and scrapes, hanging treestands, dumping out corn (if that’s your forte) and any other task we might do in the field applies pressure. Even if you don’t spook a deer firsthand, you’re leaving scent behind that will spook deer once you leave.

There are things you can do to help reduce the amount of scent you leave in the woods, but it isn’t a fool-proof plan. You can take a scent shower, wash your clothes, wear rubber boots, pull on rubber hip waders, spray down and you still will leave some scent behind. I still encourage quality scent management practices, but they will only take you so far. You still have to use good entry and exit routes, and you must pay attention to wind direction.

3. So Deer Don’t Pattern You

I remember about 10 years ago there was a particular stand that I really hunted a lot. It was a good spot. A lot of deer funneled past it. You saw a lot of deer when sitting in that stand. So, as most would, I hunted it a lot. So much in fact, that one particular doe would look up into the tree I was sitting in every time she came through the area. (I could identify her by markings on her face.) She’d patterned me. Needless to say, the whole woods became aware of my presence each time she walked down that oak ridge trail. After a couple said encounters, I moved my treestand about 30 yards down the trail and it solved the problem. To this day, I save that spot until the timing is right so that deer don’t pattern me before the hunting gets good.

Some hunters have it in their heads that they aren’t pressuring deer unless they’re actually hunting. That’s simply not true. We leave scent behind every time we go afield.

It can be very difficult to restrain ourselves from hunting those spots we love to hunt. It’s crucial we do so, though. The last thing you want to happen is that doe blowing at you when a 160-inch buck is 75 yards behind her. As Matt Ross alluded to in a previous QDMA.com article, big bucks respond quickly to pressure and can easily pattern your movements, all while you’re trying to pattern them.

We often get stuck on one or two stand locations that we think will be big-time producers, when it’s actually the stand 500 yards down the ridge that offers the best opportunity to kill the deer you’re after. Ever had a deer hanging near one of your stands and then suddenly disappear? Well, it might not have gone far. It’s likely the deer found better cover or food sources somewhere nearby.

Jim Stickles, Swanny Evans and Chad Jenkins conducted a recent study that shows that deer — especially mature bucks — sometimes move very little. As mentioned, you just have to move to be in the right place to intercept them. Don’t get hung up on particular stand locations. Be open and keep a close eye on each of the locations you hunt. You never know when a deer might be using the area.

5. Let Your Neighbors Help You

This might sound a little crooked, but let your neighbors help you. This is a major reason that I don’t hunt my best spots until late October. Because I know the hunters around me will push deer into those spots. All I have to do is stay out of there until the conditions and timing are right. Other hunters who hunt around you are potentially pressuring deer that could be relocating to the spots you hunt. Let them. And don’t target these deer until the odds are in your favor.

Allowing treestands to rest is a very important part of the deer hunting puzzle. Do so, and you’ll be well on your way to filling a tag this fall. Good luck in the woods, and safe hunting.

Josh Honeycutt is an avid deer hunter. He's hunted deer from South Carolina to South Dakota but spends most of his time hunting in Kentucky. Honeycutt is the associate editor and deer hunting editor for Realtree.com, and his work has appeared in more than 50 publications including North American Whitetail, Whitetail Journal, Field & Stream, Outdoor Life, Game & Fish, Fur-Fish-Game, Modern Pioneer and more.