As deer hunting seasons close around the nation each year, some wildlife agencies in states that are fighting outbreaks of chronic wasting disease (CWD) gear up for an effort to fight the disease through a technique known as post-season “targeted removal” or “targeted culling.” There is much misinformation about this approach, and deer hunters need to know the facts so they can be informed participants in the management of their state’s deer. Here are nine important facts to know about targeted removal being used in some CWD management zones.

Local hunters get the first opportunity to meet deer harvest goals in a CWD management zone. If they hit those goals during hunting season, targeted removal is not necessary.

Wildlife agency personnel must first get landowner permission in the areas they want to target.

Small numbers of deer are removed compared to hunter harvest. For example…

Missouri removed 2,399 deer from 14 CWD management zones in 2020, an average of 171 deer from each zone. More information here. 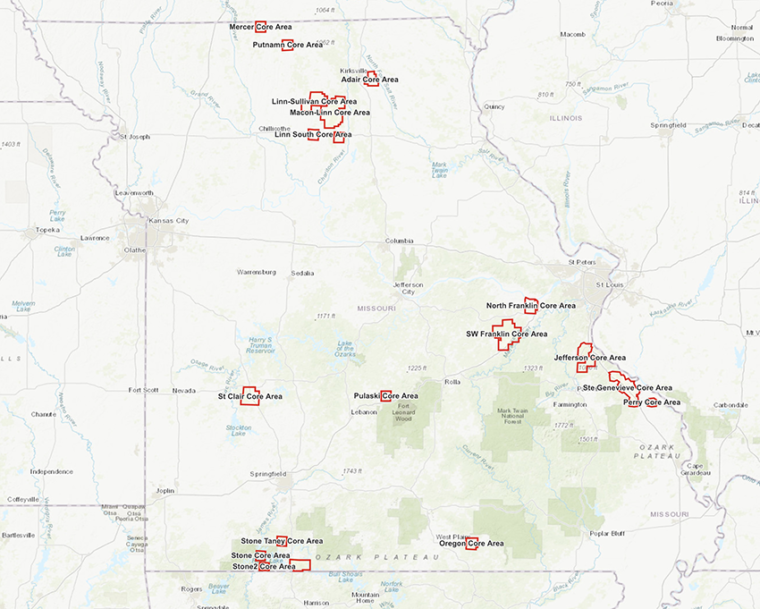 Missouri’s 2020 post-season targeted removal efforts took place in the areas in red, according to an interactive map on MDC’s website. A total of 2,399 deer were removed from these areas in 2020, an average of 171 deer from each. Source: Missouri Department of Conservation website.

Experts have high success rates for positive deer because they know where to look for them based on the locations of previous positives. Targeted removal occurs close to known CWD detections, not on a county-wide level.

States using targeted removal are holding CWD infection rates relatively low. States that don’t use it are not.

For example, Illinois has conducted targeted removal since discovering CWD in 2003 and has held infection rates in the low single digits (below 5%) ever since.

Wisconsin ceased targeted removal over 10 years ago, and prevalence rates have climbed steadily since then to above 10% across management zones, with higher rates in many localized areas. In the worst-hit areas, infection rates among bucks now exceed 50%.

Doing nothing means CWD will get worse. Mortality rates from CWD for bucks and does of all ages will climb. Eventually, normal levels of hunter harvest will not be sustainable without the population shrinking.

Targeted removal is an effective way to buy time until better CWD solutions are found.

If your state has CWD, support targeted removal efforts.