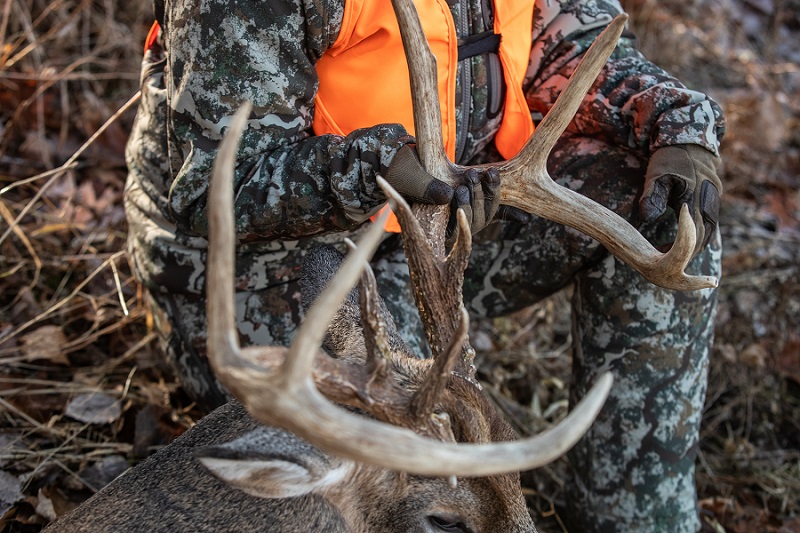 The Missouri Department of Conservation (MDC) is seeking public comments on recently updated goals and objectives of the draft CWD Surveillance and Management Plan and proposed changes to deer hunting regulations. The new proposals to update the CWD Plan and make changes to deer hunting regulations are the result of expanded knowledge of chronic wasting disease (CWD) and CWD management since the disease was first detected in Missouri in 2010.

Please consider joining the National Deer Association (NDA) in supporting the updated goals and objectives of the draft CWD Surveillance and Management Plan and proposed changes to deer hunting regulations. It’s incredibly important that CWD management plans and deer hunting regulations be revisited and updated as more is learned about the disease. Comments can be submitted via MDC’s portal, HERE. Comments will aid MDC is making more specific and formal recommendations prior to the 2023 hunting seasons.

MDC is updating five goals in the CWD Surveillance and Management Plan: Surveillance, Hunter service testing, Communication, Management and prevention, and Research. Updates to these goals, and their subsequent objectives, will greatly aid MDC in discovering new CWD detections, engaging hunters in the disease management process, limiting the spread of CWD within and outside Missouri and discovering new science and techniques to manage the disease.

Similarly, the proposed changes to deer hunting regulations for the 2023 deer hunting season will help MDC manage CWD and assist the state in meeting deer management goals. The NDA supports the proposal to increase the maximum number of firearms antlerless deer hunting permits that a hunter could fill from two to four in select counties. Increased deer harvest is incredibly important in disease areas, and the increased harvest of antlerless deer, specifically, is important for a number of reasons. Antlerless deer are highly social, outnumber bucks and even disperse across the landscape. Additionally, a declining hunter base is shooting fewer deer per hunter, so it’s important to encourage hunters to harvest more deer, and more antlerless deer, specifically. For these reasons, we also support the proposal to create a three-day early antlerless portion of firearms deer season in select counties that would begin on a Friday in early to mid-October. Finally, we support the proposal to create a five-day CWD portion of firearms deer season in select CWD Management Zone counties that would begin the Wednesday before Thanksgiving. Firearms hunters in Missouri make up 93% of the state’s deer hunters, and about 77% of Missouri’s deer harvest is by firearm. The CWD-specific firearms season increases opportunity for the vast majority of Missouri hunters, and it also presents the most significant opportunity to increase deer harvest in targeted counties.

Undoubtedly, the deer hunting tradition and industry in Missouri has deep and widespread roots. Nationwide, about 80% of all hunters pursue deer, and research has shown that CWD prevalence discourages hunter participation, ultimately threatening our deer hunting traditions and the Pittman-Robertson model of conservation funding. We encourage MDC to continue to use all available resources to work with hunters, landowners and other stakeholders to curb the spread of CWD in Missouri and keep disease prevalence rates low.

Action Alert: Oppose Buying and Selling of Wildlife in Mississippi

Mississippi House Bill 1026 (HB 1026), which is endorsed by the National Deer Association (NDA), recently passed out of both the House Ways & Means and Wildlife, Fisheries and Parks Committees. The bill specifies that…