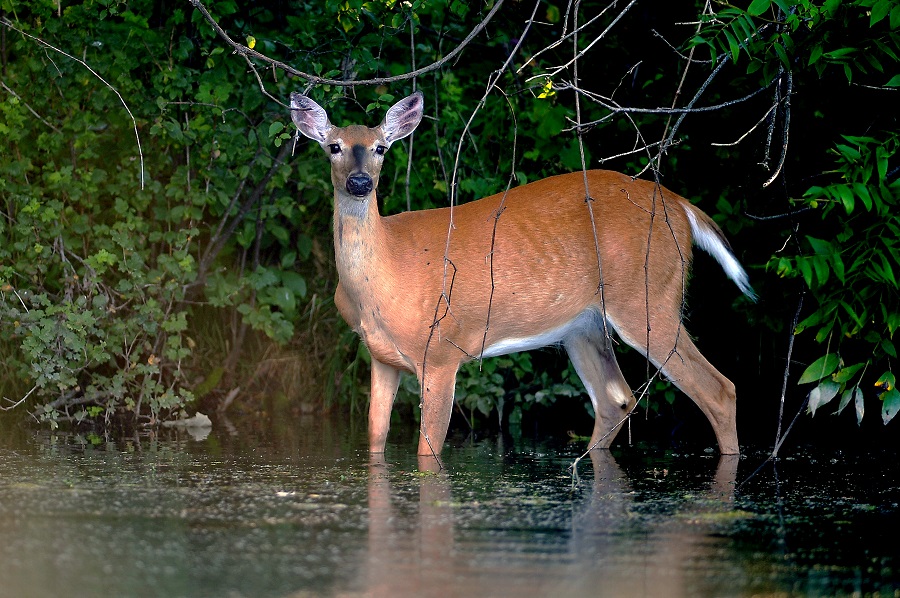 The Washington Department of Fish and Wildlife (WDFW) recently released its draft status review for the Columbian white-tailed deer and is now seeking public comments on the recommendations. WDFW is recommending re-classifying Columbian white-tailed deer from endangered to threatened based on encouraging conservation gains and population growth, while also considering continued vulnerability.

The population of Columbian white-tailed deer along the Columbia River in southwest Washington has grown in the last five years, with an estimated population of 1,296 deer in 2022. This proposed re-classification by WDFW is precisely how the wildlife conservation process is intended to operate: as populations recover, re-classification based on sound-science and data should be considered. The public can submit written comments on the review and recommendation via email or by mail to Taylor Cotten, Washington Department of Fish and Wildlife, P.O. Box 43141, Olympia, WA 98504-3200. Comments will be accepted through November 21, 2022.

The mission of the National Deer Association (NDA) is to ensure the future of wild deer, wildlife habitat, and hunting. The Columbian subspecies of white-tailed deer represents a unique challenge encompassing all three. Fortunately, the future of the subspecies looks promising, and the NDA supports WDFW’s recommendation to reclassify the subspecies from endangered to threatened.

Columbian white-tailed deer were listed under the federal Environmental Species Act (ESA) in 1973, and by the state of Washington in 1980. The subspecies was reclassified to threatened at the federal level in 2016, and now Washington is looking to do the same at the state level.

The National Deer Association (NDA) recently co-authored a coalition letter to the Mississippi Commission on Wildlife, Fisheries, and Parks (Commission) expressing our concerns with a Mississippi Attorney General opinion regarding the authority of the commission…