After the Shot, Take These 5 Steps to Recover Deer Quickly 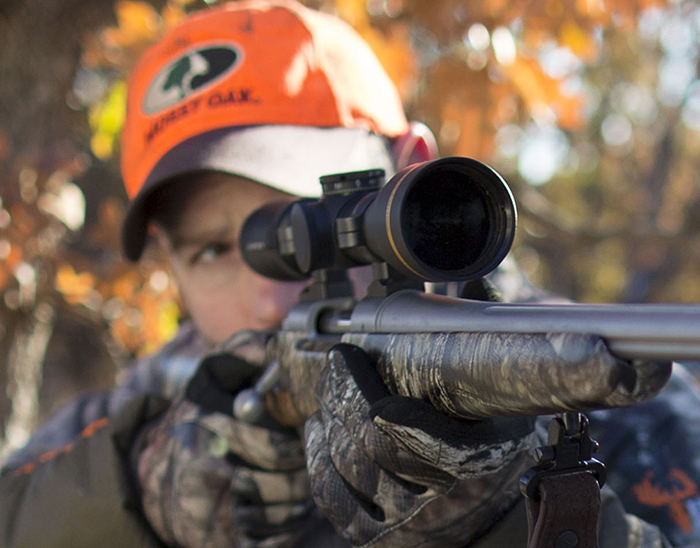 The button buck appeared first, as they usually do. A young doe, probably the sibling, emerged a little more cautiously. She was about the same size as the button buck and had the short neck, short face, enormous ears and other features of a late-season fawn, so I waited. My deer stepped out third: a big, long-nosed, alert doe. When I squeezed the rifle trigger, she kicked off and charged into thick cover, and I thought I heard her fall. But no blood was to be found where there should have been blood, nor anywhere along the doe’s last path. Light faded, but my flashlight beam did not reveal the red I was hoping for.

Luckily, I shoot all my deer as if I know there will not be a blood trail.

For one reason, I have a color vision deficiency that makes it difficult for me to spot small drops of blood on the ground. I’m not color blind, but red just doesn’t pop out of greens and browns like it does for people with normal color vision. If I’m hunting alone, the deer runs a long way, and the blood trail is sparse, it’s going to be a slow struggle on hands and knees to find my deer.

For another, like any ethical hunter, I want quick, humane kills. Not every lethal hit with arrow or bullet produces a blood trail, and in those uncommon cases I like to know the deer is lying nearby.

Whether hunting with rifle or bow, I wait for a broadside shot through the vitals. A deer hit in the heart or through both lungs is dead on its feet, but some of them will still run at least as far as their last breath can take them. That’s why I have a checklist of things to do as soon as I pull the trigger or release the arrow. Going through these steps every time you shoot a deer, in the order presented below, will increase your success at recovering deer quickly if they do not fall within sight.

Follow through on your rifle or bow shot (meaning, do not jerk your head away from the scope or bow sight so fast that you affect your accuracy), and then get your eyes on the deer. Its reaction will tell you a lot about the effectiveness of your shot.

Seeing a deer do the “death scramble” is one piece of evidence that can help keep you on the trail when you don’t find the deer as quickly as you thought you would. A deer that exhibited all the “good signs” I just listed is likely to be dead somewhere close by. 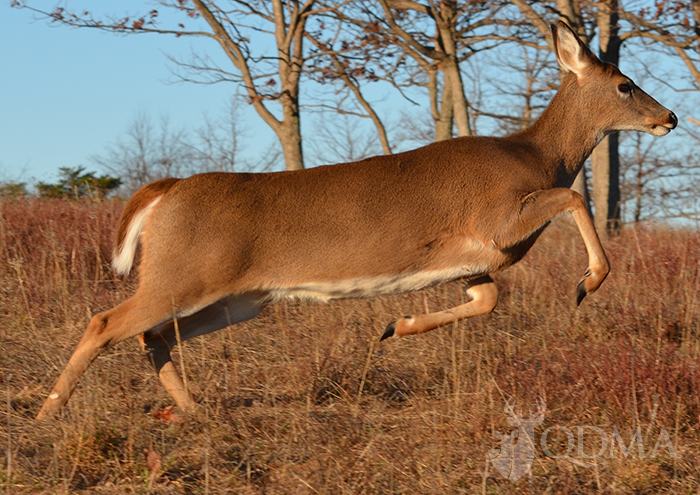 A deer’s reaction and how it runs after you release an arrow or bullet can tell you a lot about the effectiveness of your shot.

2. Capture an image in your mind of the deer’s path.

You are not only studying how the deer is running but where it is running, from the moment of the shot until the deer goes out of sight. Usually, this is not much time, and capturing details can be difficult when a lot of things happen quickly. But I find that the adrenalin that usually hits when I’m in predator mode helps sharpen all the senses. Use them to lock onto your deer, sort it from other deer that may be running with it, and record what you see in your mind while it is still in sight.

3. Listen carefully after the deer goes out of sight.

If you wear ear plugs when shooting a rifle, like I do, yank them out as soon as you shoot. If you need to, cup your hands behind your ears to enhance your hearing and gather important sounds. For as long as you can hear the deer, which direction does it appear to travel? Most importantly, do you hear the sweet sound of the deer struggling or falling? This might be one loud crash, but I’ve often heard a series of crashes as the deer struggles for a few seconds to stand back up after falling, or as it kicks on the ground. Sometimes deer make a wheezing sound when they go down. Whatever you hear, lock in your mind the distance and direction of the sounds relative to landmarks you can see from your position. The location of sounds, especially if you hear the deer fall, ends up being very important if you can’t find blood. 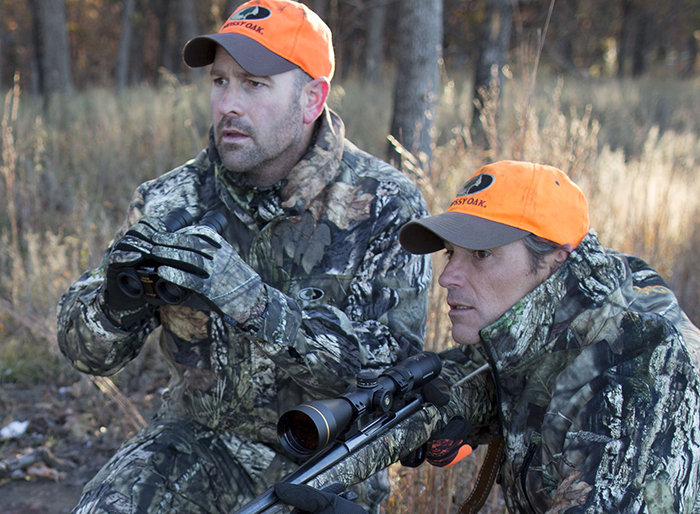 It’s an intense moment, but focusing on capturing sights and sounds in your memory after you shoot will be critical to finding your deer quickly.

4. While still in the stand, mentally mark two key locations.

The rush of an explosive moment is over. All deer are gone, and all sounds of them have faded. Except for maybe the racket of disturbed squirrels, the woods are suddenly very quiet compared to a few seconds before. Do not get out of your stand and rush to look for blood. Do not check Twitter or announce your excitement on Facebook. Do not even start texting people, even though your phone may be buzzing with incoming texts from friends asking “Did you shoot?” Before you do any of this, take a moment to catch your breath, calm down, and focus on the next step. Before you move, before you start distracting yourself with other tasks, and before the details begin to fade, it’s important for you to reinforce them in your memory with this step.

You must fix these landmarks in your mind while you are still sitting in the position from which you observed the deer and while your memory of the observation is at its sharpest.

The scene below you is going to look very different when you arrive on foot at these locations, so before you climb down, select small landmarks you can find again after you are on the ground at two key locations. Look for a branch, rock, stump, unique tree or odd shrub that is near 1) the exact spot where the deer was standing when you shot and 2) the last place you saw it. Once you’ve done this, do the same for the path between these two locations (remember, you concentrated on visualizing this path). Did the deer run through a recognizable clump of brush? Did it run just on the far side of a particular tree? Do you recall seeing a shrub shake as the deer swiped it? The more fixed landmarks you can place on or near the deer’s path, the easier it will be to find blood once you are on the ground – or find the deer if you don’t find blood. But you must fix these landmarks while you are still sitting in the position from which you observed the deer and while your memory of the observation is at its sharpest. Once you are on the ground, find these landmarks and mark them with flagging tape, glow sticks or other markers. Of course, we all hope the blood trail is so obvious we don’t need to mark these spots at all, but you must prepare in case it is not. 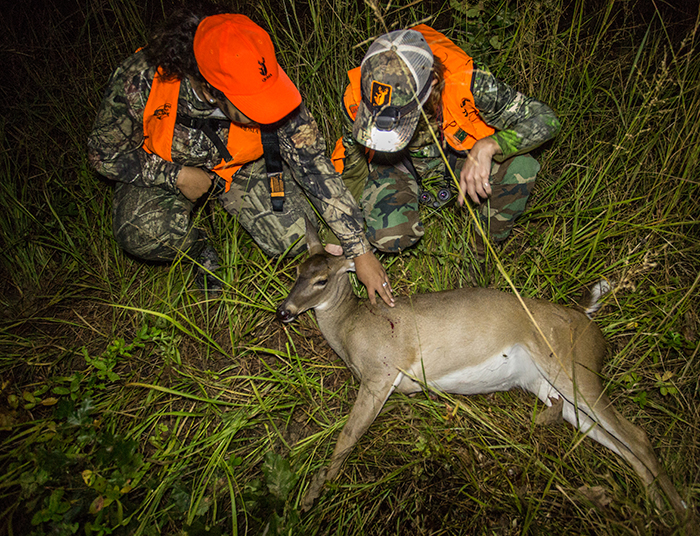 Few moments in hunting are as rewarding as recovering your deer. To make sure it happens, follow through by paying attention after your shot.

5. Study the likely pathways and look for other clues.

Now you’re on the ground. You’ve reached the last place you saw the deer before it vanished, but you’re not finding blood to help you continue pursuit. Using the deer’s observed trajectory and evidence from sounds you heard, look for the most likely pathways forward. Even mortally hit deer can find the most efficient path of travel and escape. They may be heading for thick cover, but they generally use an existing game trail into that cover – at least until their last few steps, when the brain has used up that last delivery of oxygen and is shutting down.

In addition to blood, look for fresh tracks, hair, anything that might help. Along such trails I’ve even found bits of chewed food like acorns or fruit the deer was eating when I shot, apparently spit or dropped from their mouths as they ran. Also, other deer you spook as you are trailing can provide clues, as they may have been in the group with your deer and may be lingering or circling to reconnect with the missing deer.

I used all of these steps when I shot the big, alert doe. I remembered her hunched posture and tucked tail as she ran. I remembered the location of the crashing sounds. In my mind, I had refreshed the details of her path before I climbed out of my stand. Though several trails were chopped with fresh deer tracks, I followed one that seemed to match the location of the loud crashes. When I saw the shape of a deer lying just off the trail in dense briars, I felt that great sense of relief and happiness that I feel at the end of every such trail. It’s a great feeling when you spot your deer, especially if the trail was difficult and you were becoming worried you would not find it. I hope the suggestions I’ve shared help you experience those great moments of dragging quality venison out of the woods this year!