The Two Best Times to See Deer, Every Day of the Year 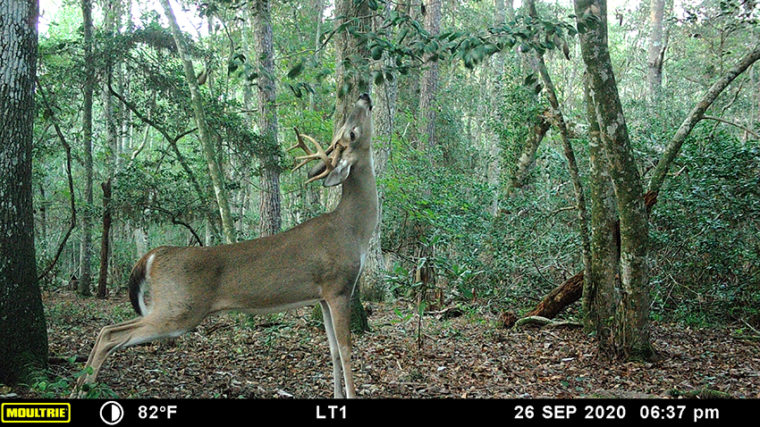 It was inevitable. The mature buck stepped into my shooting lane, broadside, within easy bow range – and I just couldn’t bring myself to draw back and shoot.

Up until the 2021 season, I routinely found myself in an ethical and legal pickle pretty much every time I went deer hunting in my home state. I had to decide whether or not I should break a long-standing New York law which outlined hunting hours as “sunrise to sunset,” because, predictably, I’d be presented with shot opportunities outside of legal hunting time. Fortunately, the National Deer Association (NDA) advocated for change and that regulation has since been altered to align with every other state, allowing for hunting hours to extend an additional 30 minutes before sunrise and after sunset.

Why was I consistently in this predicament? The natural rhythm of light and dark every 24-hour period affects most living things, including animals, plants and even microrganisms. This daily change certainly affects our behavior, physical attributes and even mental wellness, and of course it impacts deer as well, such as their vision. However, deer aren’t wide-eyed and bushy-tailed all day and don’t rely on a solid eight hours of sleep every night like we do. Deer are crepuscular, which is a fancy way of saying they are most active during those twilight hours of dawn and dusk, which is when most deer hunters, including myself, are out trying to bag a deer. We do this because it’s the time of day when the odds are most in our favor.

A typical day in the life of a deer looks like this: In the morning hours, when most of us are just waking up or finishing that first cup of coffee (refer back to that mental-wellness comment), deer are generally moving from their nighttime feeding location back to a chosen bedding area. They spend the majority of the day in thick cover, carrying out a combination of finishing the previous night’s meal and resting, and later that evening they do just the opposite, moving to a desirable food source where they will spend time feeding and resting again. That’s not to say you can’t see deer moving right in the middle of the day, or that they aren’t up and walking around in the middle of the night. It just means they are most active during dawn and dusk, and that’s when they’ll cover the greatest distance during a day’s time. Countless deer movement studies have shown this widespread, behavioral trait, from North to South. 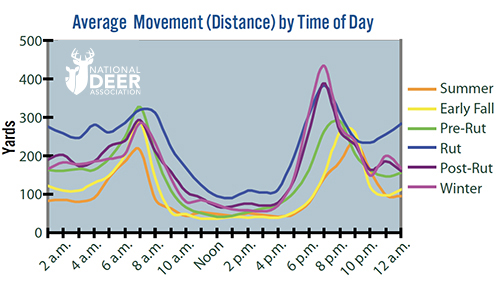 It’s important to note, however, that deer aren’t robots. Although they do exhibit a “bed-to-feed” pattern as so many veteran hunters can attest, that doesn’t necessarily mean they are predictably walking back and forth from point A to B on a daily basis. Moreover, deer are incredibly capable of adapting to changes in risk, habitat and also exhibit an enormous sense of independence. So, variation is not only expected, it is absolute. The peak of activity will vary slightly by season, pressure and for individuals – but, there will be an unmistakable pattern of peaks of movement around dawn and dusk. In fact, this is so imbedded in deer populations it is actually documented within deer vehicle collision (DVC) data from around the country. For example, of the nearly 18,000 DVCs documented by the Georgia Department of Transportation in 2017 (the last time this information was collected) at least 40% of deer were hit at dawn or dusk that year, which only accounted for six of the 24 hours (or, 25% of the time) when an accident could have occurred.

This “bimodal” activity pattern is primarily caused by the fact that deer are a prey species, and most of the predators of deer either are nocturnal and forage most intensively at night or at mid-day when they see best in full sun. This eternal anti-predatory push-and-pull both reduces predation pressure, but also allows for an increase in deer numbers over time, consequently resulting in more food for coyotes, bears, wolves and other predators. 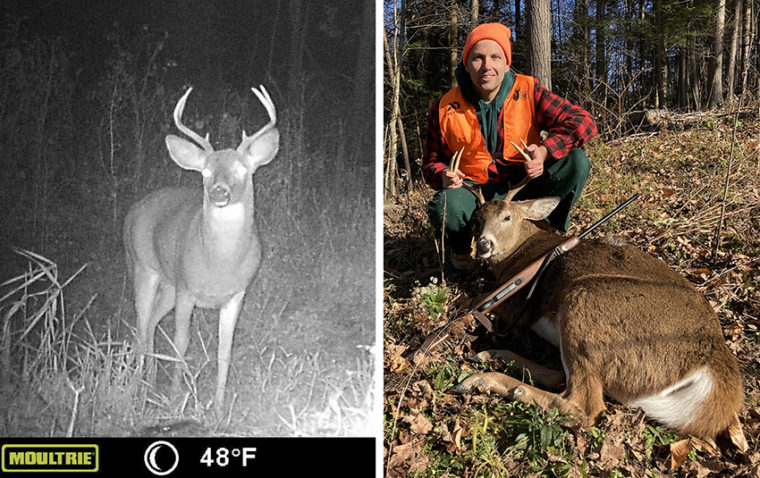 The author’s friend Andy with his second deer, taken on opening day 2021, shortly after this dawn trail-camera photo was taken.

Some predatory species adjust their habits in response to competition from other predators, and certainly some prey adjust their patterns as a result of increased risk to predation. For example, deer researchers have documented adult does with young fawns adjusting their activity schedules to avoid peak coyote activity, as well as adult bucks and does moving more at mid-day in the presence of a large nocturnal predator like the Florida panther. But, again, that is the exception to the rule because the vast majority of deer on this planet are crepuscular.

If you’ve heard or read that deer have the tendency to become nocturnal if they’ve become pressured, or that their movements are influenced by the phase of the moon or even weather, you wouldn’t be alone. And, frankly, you haven’t spent enough time on this website. Similar to other misbeliefs that are supported only by coincidence, deer are not nor do they become nocturnal. If you aren’t seeing them at the same time and place as you had been it’s because they’ve likely adjusted where they spend their time, not when.

So how do you translate this into hunting success?

The first step is to simply make sure you spend as much time afield as possible and do so when deer are most active. If you have the time to sit in a stand during every single hour of legal hunting time, more power to you. If you don’t, maximize your opportunity by hunting when you have the best chance of seeing deer on their feet. And, because that ironclad crepuscular behavior is locked into their prey DNA, make sure your butt is settled and ready during those peak activity times of dawn and dusk. Then if you aren’t seeing deer, you need to adjust your strategy.

Get down and scout to determine if deer are spending more time elsewhere; place trail-cameras in unhunted areas to detect these changes; and, shift your hunting pressure by changing stands and/or hunt your best spots only in the most prime conditions.

Luckily for me and nearly 600,000 other New York hunters, and thanks to our members and the media that spoke out when we advocated for a change, we now get to enjoy this special time as well.