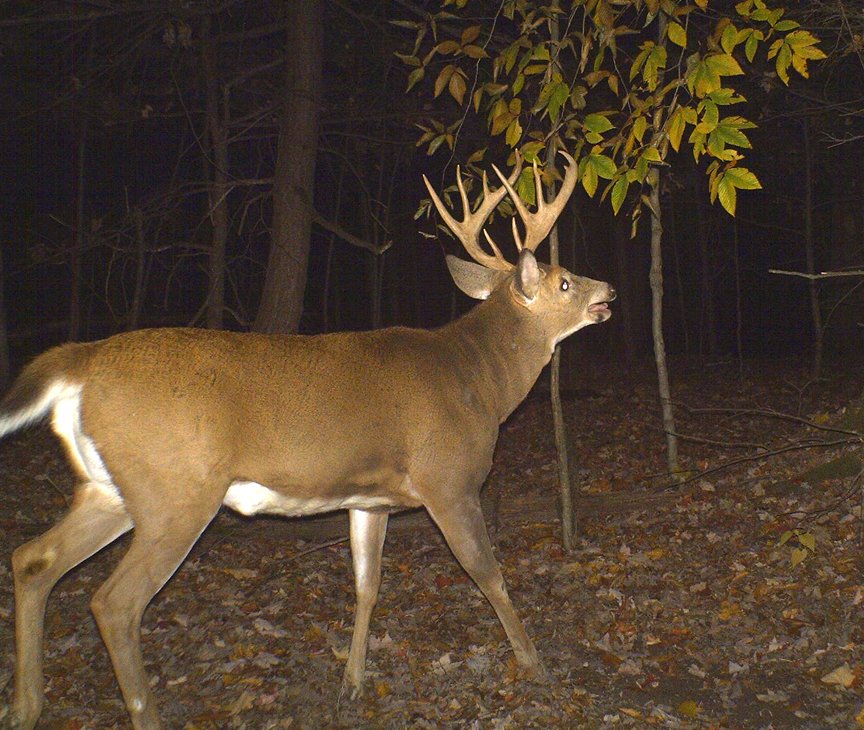 Have you ever set up on a fresh scrape, only to sit for hours and not see a thing? Well, wildlife researchers have shown that most scraping activity (nearly 85 percent) occurs at night. So, hunting directly over a scrape may not be the best strategy during early November to catch a glimpse of that buck you’ve been getting on your trail-camera. A hot scrape or scrape line is certainly a sign of a good area, but it shouldn’t be the focus of your hunting effort. As an alternative, hunt does to find bucks.

Here are more interesting facts about buck signpost communication taken directly from NDA’s Deer Report. For more information like this, download the 2009 through 2021 reports:

• Pheromones deposited at signposts (rubs and scrapes) by mature bucks may have a “bio-stimulating” or trigger effect on the breeding season.

• Older bucks may also produce “controlling” or “priming” pheromones that yearling bucks are not physically mature enough to produce.

• Areas with mature bucks can have 10 times as many rubs as areas without them.

• Bucks of all ages use scrapes, and any given scrape is likely to be used by many individuals.

• Scraping activity peaks just prior to peak of the rut, but active scrapes may be found over several months.

• Scrapes only a couple hundred yards apart may be used by completely different groups of bucks, which brings into question the idea of a “scrape line.”