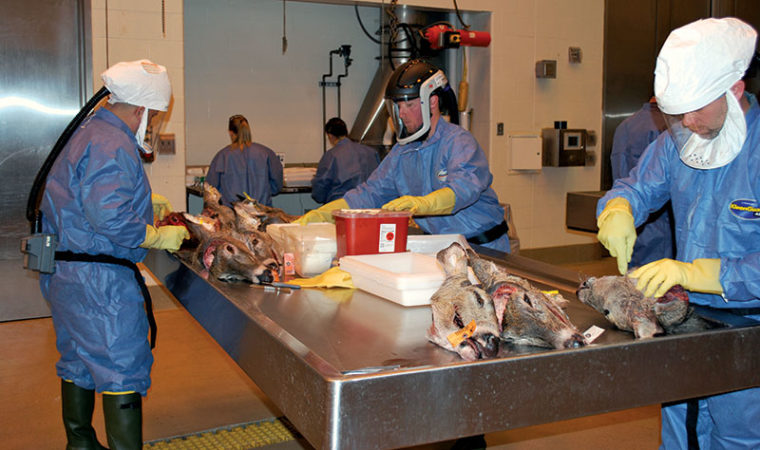 The National Deer Association (NDA) applauds yesterday’s passage of the Chronic Wasting Disease Research and Management Act in the House of Representatives. The NDA is proud to endorse the legislation, joining a strong group of conservation and industry organizations. The Act will support management efforts and research to combat chronic wasting disease (CWD), which is a contagious, neurological disease affecting deer, elk and moose that is always fatal.

“The NDA is incredibly thankful for the hard work and dedication of Reps. Ron Kind and GT Thompson in writing and introducing comprehensive CWD legislation that will support state and federal research and management of the disease,” said Torin Miller, the NDA’s Director of Policy. “CWD is the biggest threat to deer and deer hunting we’ve encountered, and Reps. Kind and Thompson fully recognize that threat and the need to combat it.”

The bill authorizes $70 million annually from Fiscal Year 2022 through Fiscal Year 2028 for research and management of CWD, with the money to be split evenly between research and management. The United States Department of Agriculture (USDA) will administer the funds through cooperative agreements. The bill also includes authorization for USDA and state and tribal agencies to develop educational materials to inform the public on CWD and directs USDA to review its herd certification program (HCP) within 18 months of the bill’s passage.

The NDA is dedicated to ensuring the future of wild deer, wildlife habitat and hunting. The NDA outlines deer diseases as a critical focus area and slowing the spread of CWD is of primary concern. CWD is one of the largest threats to wildlife conservation that we have encountered over the last century. Through our extensive work on this issue across North America, we know that proactive research and monitoring is critically important to the management of the disease and wild deer herds. Undoubtedly, federal leadership and coordination in research and testing efforts is necessary.

The passage of the Chronic Wasting Disease Research and Management Act in the House is a huge step towards increasing federal leadership and assistance in combating CWD. The bill’s passage out of committee was followed quickly by it’s hearing and passage on the House floor – proof of the importance of wild deer to the American people and the direness of this always-fatal disease. The NDA will continue advocate for the bill’s passage in the Senate and signing by the President.