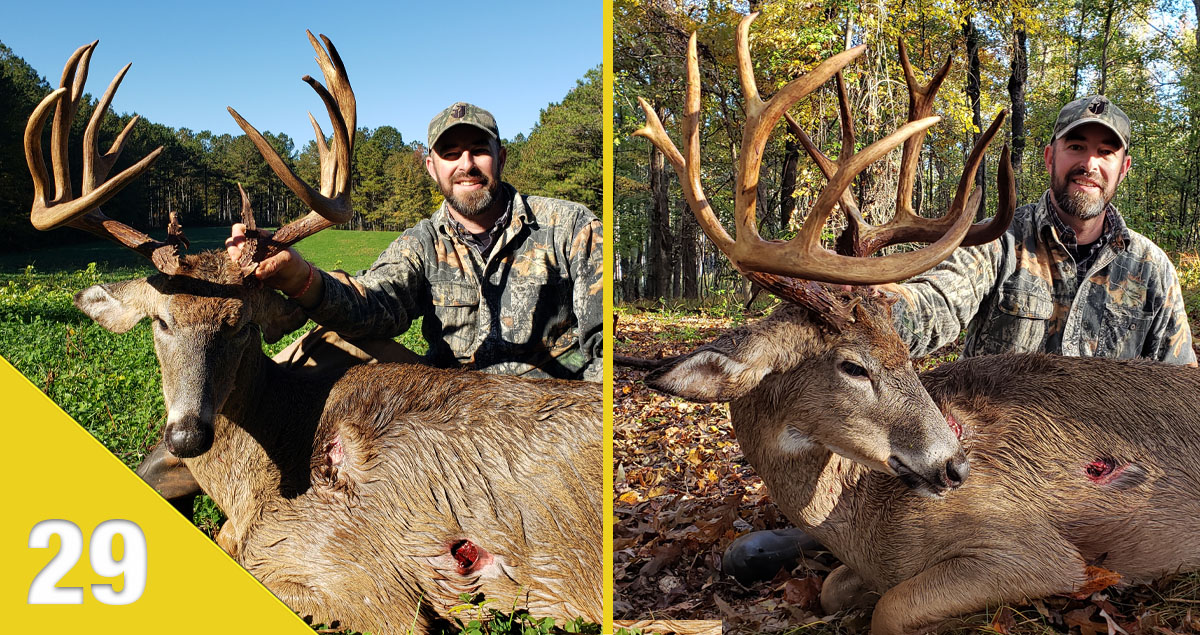 For most of us having the privilege of seeing, let alone getting close to, a buck carrying almost 200 inches of antler is more of a dream than reality. Knowing the deer exists and getting more than one chance to hang a tag on him seems like something out of a fairy tale, but that’s the position Georgia hunter Cory Croft found himself in last fall. Some deer stories are short and start and end the first day a hunter lays eyes on the animal. Others play out more like novels and the game of cat and mouse goes on for several years. The story of Croft’s 196-inch South Georgia monster is just that, and it includes a series of twists and turns that will have you on the edge of your seat. This story is the first in a series of hunting stories Nick and The Doctor will be sharing on the show over the next few episodes as hunting seasons approach.

This is also an Ask NDA Anything episode and this time we’re answering questions about antler growth and shedding and whether or not it’s necessary to enter the deer woods at dark for morning hunts. This episode’s B Team report details a series of blunders that our hosts made since the last show, and we’re guessing you’ll be able to relate.

Winning the War Against Feral Hogs With Alan Leary of Missouri

For decades feral hogs have been expanding their range, creating ecological havoc wherever they show up. Efforts to reduce or eradicate them from the landscape have been largely unsuccessful. However, there is one state that…

Protecting Yourself From Hearing Loss With Audiologist Dr. Grace Sturdivant

Our hearing is one of our five finely tuned senses and arguably the most likely to be compromised by our lack of protection of it. This is particularly true for hunters and recreational shooters who…

In this episode of the Deer Season 365 podcast, we’re talking with wildlife biologist Jason Sumners about the science behind the odd whitetail rut timing in the Southeastern U.S. Jason studied the impact of deer…