Late in the Georgia hunting season on December 30, 2020, NDA member Keaton Smith saw a buck that was in bad shape. It was extremely thin, and it was hobbling along as if it could barely walk. He made the decision to use one of his buck tags to put the deer down. Later he noticed another sign: all four of the buck’s hooves were cracked or broken off. This is a classic indicator that the buck had survived infection with the hemorrhagic disease virus, also known as EHD or bluetongue.

Keaton notified both Georgia DNR and the NDA, and NDA’s Chief Communications Officer Lindsay Thomas Jr. of Georgia was able to examine the deer and the hooves. In the video above, he shares a look at the condition of the hooves and more information about hemorrhagic disease.

When deer are battling the viral infection, hoof growth stops. Those deer that survive the infection may have cracks that appear as the hooves begin growing again. Some recovering deer that are weakened may not make it through winter, so you may find hooves like these on deer carcasses found in the woods. Or, you may see this evidence on otherwise healthy looking deer killed during hunting season, as some deer have milder symptoms and recover from EHD faster than others.

Thanks to NDA member Keaton Smith of Georgia, seen below with the buck’s rack, for sharing this story. Thanks also to Keaton for notifying his state wildlife agency about the buck. To help stop the spread of diseases, it’s important for hunters to notify their wildlife agency any time they encounter a deer that appears to be sick. 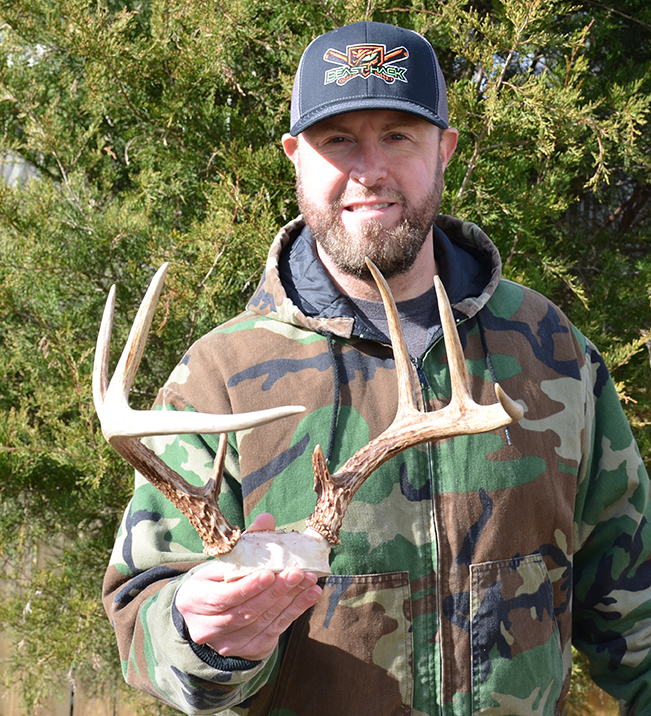 Keaton Smith of Georgia with the rack of the Georgia buck that was struggling to recover from hemorrhagic disease virus.