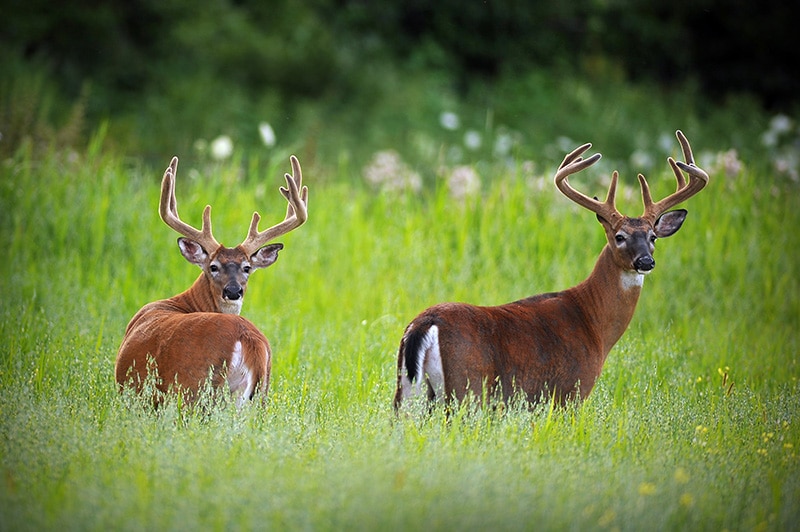 CWD Roundup is the National Deer Association’s (NDA) bi-monthly update on all things chronic wasting disease (CWD). We’ll provide the latest updates on CWD spread, research and policy from across North America. Updates are provided alphabetically by state and province.

In early January, the Alabama Department of Conservation and Natural Resources (ADCNR) announced a sample collected from a hunter harvested, white-tailed deer in west-central Lauderdale County was confirmed positive for CWD. This is the first case of CWD detected in Alabama’s deer herd. The sample was submitted as part of the state’s ongoing CWD surveillance and volunteer testing program.

In mid-January, Idaho Fish and Game (IDFG) received notice that two more animals, a cow elk and a white-tailed deer doe, tested positive for CWD. Both animals were in Unit 14 in Idaho County. These positives bring the Idaho total to six animals that have tested positive for the disease, including two mule deer bucks, two whitetail bucks, one whitetail doe, and one cow elk. All positive detections have come from Unit 14. Idaho Fish and Game Commission will consider proposed hunting season changes for Unit 14 in response the recent CWD detections.

In late January, the Iowa Department of Natural Resources (DNR) announced that samples from nearly 5,000 deer have been tested as part of the effort to monitor for CWD, resulting in 36 confirmed positives from the 2021-2022 hunting season. The samples were collected over the previous 10 months from willing hunters and taxidermists, as well as from roadkill deer.

In late February, the North Dakota Game and Fish Department (NDGFD) reported 26 deer tested positive for CWD during the 2021 hunting season. Fourteen were from hunting unit 3F2, eight were from unit 3A1, and one was found in unit 3B1. Single positive deer were also found in three units (3C, 3D1 and 3E2) where the disease had not been previously detected.

In mid-January, the Tennessee Wildlife Resources Agency (TWRA) announced that Wayne County had been classified as a high-risk county for CWD after a deer tested positive in Lauderdale County, Ala., within 10 miles of the Wayne County border. Deer carcass exportation and wildlife feeding restrictions are now in effect for Wayne County.

In mid-February, the Wisconsin Department of Agriculture, Trade and Consumer Protection (DATCP) has confirmed that two white-tailed deer at a Waukesha County farm tested positive for CWD. Both affected animals were 3-year-old bucks. The 9-acre farm had been under quarantine since November 2021 after white-tailed deer moved from its herd tested positive for CWD at an Eau Claire County ranch.