By now pretty much every deer hunter has heard of chronic wasting disease (CWD), and unfortunately an increasing number of deer herds are being directly impacted by it every year.  There is a lot we do not know about CWD, but as a deer hunter there is much you should know, including the following facts: 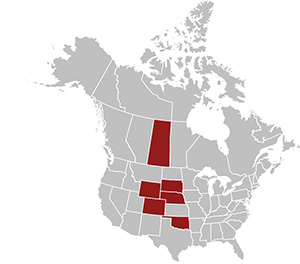 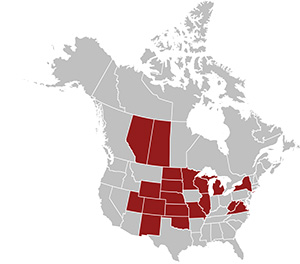 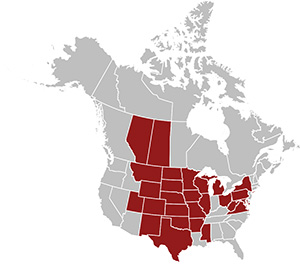 As of February 2022, there have been no reported cases of CWD infection in people, according to the Centers for Disease Control (CDC). However, studies like the ones above raise concerns that there may also be a risk to people. If you hunt in an area where CWD is present in the deer population, strongly consider having your deer or elk tested for CWD before you eat the meat, and follow these additional precautions.

Deer hunters should also know where CWD has been confirmed to ensure they have an animal tested following a successful hunt, and so that they follow all carcass transport regulations with respect to moving high-risk parts of harvested animals. High-risk parts include the brain, eyes, spleen, spinal cord and lymph glands, and multiple states restrict high-risk parts from entering from states that have confirmed CWD. Additional states prohibit hunters from bringing these parts into their state from any other state – regardless if that other state has confirmed CWD or not. Other than moving live animals, moving high-risk parts is the most likely way to move the disease and that’s why most states restrict or prohibit all movement of these parts.

What NDA is Doing About CWD

The National Deer Association (NDA) is at the forefront of the advocacy arena for CWD issues, working both independently and with other conservation partners to engage on legislative bills relating to policy impacting CWD management and hunters. For example:

To track NDA’s efforts related to CWD advocacy and other issues impacting deer and deer hunters, go to the NDA Advocacy page.

NDA is a conservation sponsor of the CWD-Alliance and through this partnership, along with a few other key conservation groups, we’re currently leveraging the weight of multiple organizations to help secure funding for badly needed CWD research. We have a history of funding CWD projects; for example, NDA solely provided $38,000 to Texas A&M University-Kingsville and the West Virginia Division of Natural Resources to support a genetic study of white-tailed deer to provide essential knowledge to guide CWD management efforts.

To answer the concerns of deer hunters in areas affected by CWD, NDA has compiled recommend practices and answers to frequently asked questions in a free document that can be downloaded and easily distributed in affected communities.

NDA is raising awareness of this dreaded disease through multiple formats.  It is our goal to provide information for hunters to help them be strong partners in the fight against CWD.  Knowledgeable hunters are crucial to limiting the spread of and managing for this disease.  Below are some actions taken by NDA to assist in this fight:

Launched the #FightCWD campaign
Implemented a social media campaign informing hunters of steps they can take to help prevent the spread of CWD and protect the future of deer hunting.

Podcast appearances
NDA staff have been guests on numerous podcasts to provide information for hunters on CWD research, management efforts and best practices

NDA staff have written numerous articles for Quality Whitetails, our annual Whitetail Reports, our website, and other venues. Some are included below:

CWD is one of the biggest issues deer hunters and managers are facing today and will likely face in the foreseeable future.  It has the potential to impact long term herd and hunter numbers like few other current threats.  Impacts from hemorrhagic disease, predators and habitat loss can all be curbed to some degree or accounted for.  CWD has the potential to be different.  Very, very different.  At NDA we continue to fight for deer hunters by helping support CWD research and management efforts and ensuring hunters have access to the best possible information on this terrible disease.  That’s just one more reason we say, “NDA – it’s where deer hunters belong”.

Where you can get more info

Your support helps us reach more deer hunters and land managers with our educational resources, including website articles, podcast episodes, and videos. It also helps us recruit more hunters through programs like Field to Fork.