Do Brassicas Actually Get “Sweeter” After a Frost? 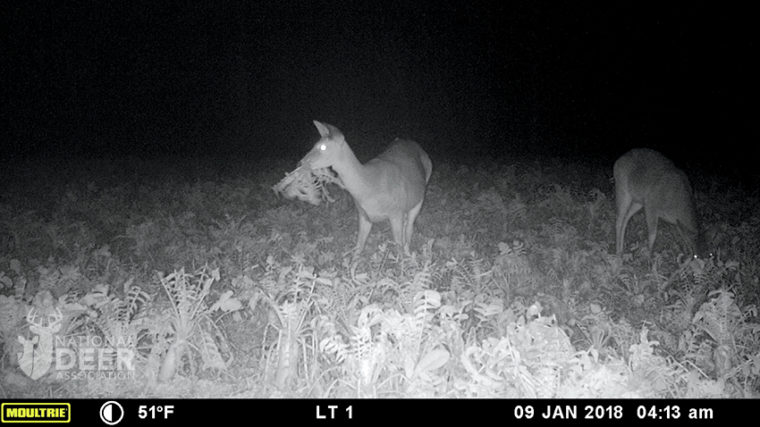 We’ve all heard it in one form or another – that deer select brassicas more strongly after frost because the starches turn into sugars, making the plant sweeter. At the University of Tennessee, we set out to fact-check this idea through science.

Brassicas – including rape, kale and turnips, as well as radishes (which are in the genus Raphanus) – are among the most popular cool-season food plot plantings, and many managers plant “greens” to create late-season hunting opportunities. Most experienced food-plotters certainly will tell you that deer feed more often in a brassica plot during cold weather, and our mamas told us not to pick greens to eat until after a frost! But why is that? In junior high science class, we were taught that starch is a complex carbohydrate that is broken down – or hydrolyzed – into simple sugars by enzymes and acids in the mouth and digestive tract, but cold weather was never mentioned! 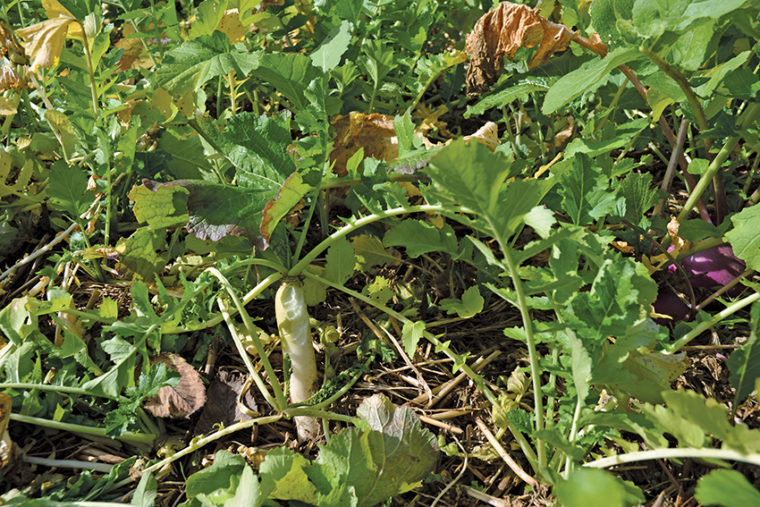 Browsing by deer is evident in this blend of daikon radish and turnips. Browsing of daikon radishes is also pretty clear in the trail-camera photo at the top of this page.

If cold weather really does “sweeten” brassicas, increased sugar levels would explain why deer may be attracted more in winter and why brassica plantings in the Deep South may never be touched. Alternatively, might it be that brassicas simply provide forage during a time when other plants are going dormant, or that brassicas provide nutrients that deer primarily seek during cold weather?

Are starches turning into sugar?

Starch and Sugar: Our forage samples should have decreased starch concentrations after frost and increased simple sugar levels if frost really makes these plants sweeter. We did record slightly elevated sugar concentrations in kale, radish, and turnip leaves following frost, but starch levels also were slightly higher after frost in kale and radish leaves, indicating starch levels do not drop after frost. Additionally, there was no change in the sugar levels of radish and turnip taproots following frost. Sugar levels in both were relatively high before and after frost.

Sulfur: We also tested sulfur levels, as high sulfur concentrations may decrease palatability to deer. However, cold weather did not lead to a uniform decline in sulfur.

ADF: All of the brassica leaves provided highly digestible forage – less than 19% ADF – that was above 32% crude protein before and after frost, which is very high. It is not uncommon in some areas to observe deer eating brassica leaves early in deer season. Deer seek foods higher in digestible carbohydrates and fats as sources of energy when the weather gets cold. Deer may select the energy-rich taproots later in the season, but our results show these forages are equally high in sugar before and after frost. In other words: No, brassicas do not get sweeter after frost. 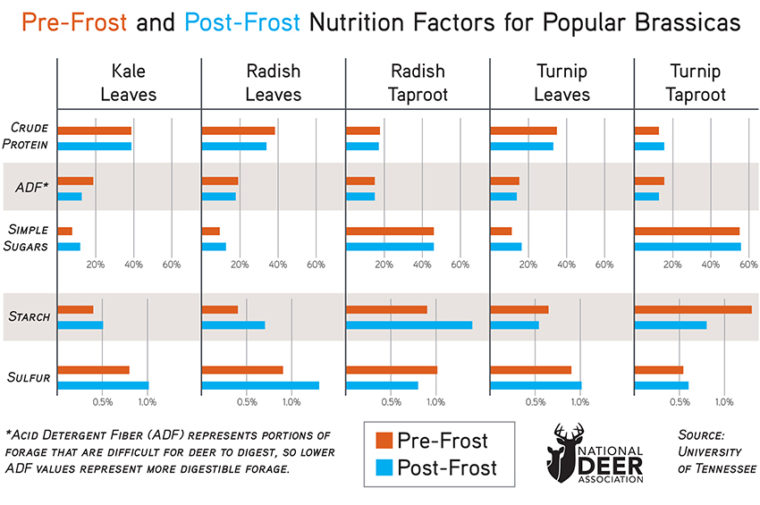 We may never know exactly why deer are more finicky over brassicas in some areas than others. However, few cool-season plantings provide the forage biomass during winter that brassicas do, or provide different forage parts that are high in protein (leaves) and simple sugars (taproot). If deer on your property eat brassicas, it is certainly worth planting some to provide late-season hunting opportunities for deer that are seeking energy-rich food items. Just don’t count on the deer being attracted to brassicas simply because there was a hard frost last night!

Listen to Mark Turner discuss this research, and other food-plot myths, in a recent episode the Deer Season 365 podcast.