Where Do Deer Sleep? 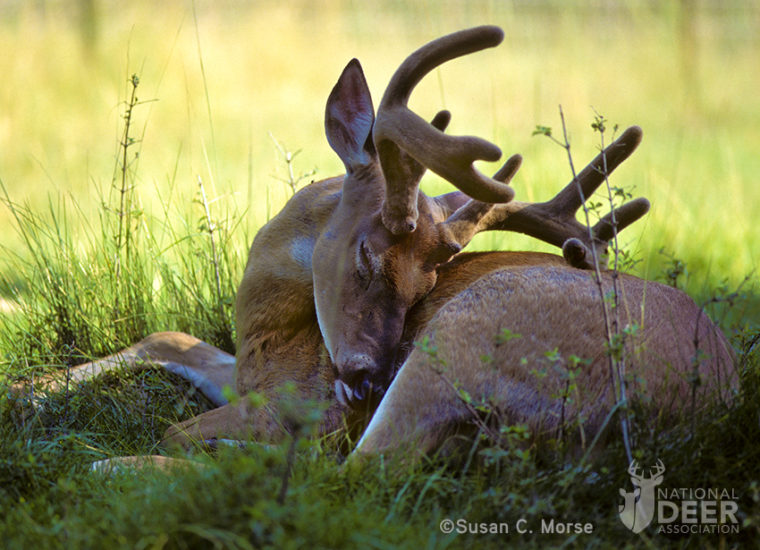 Where do deer sleep? The quick answer is, “anywhere they want.” Deer sleep anywhere they bed and may do so singly or in groups. However, during daylight it’s far more common for deer to sleep in heavy cover where they feel secure.

When they sleep, deer will tuck their nose under their hind legs during cold weather, lay it on their side or over their shoulder during warmer weather (like the yearling buck below who rested and slept in my food plot for nearly two hours), lie with their head up, and even lay their chin on the ground in front of them. Their head position can change many times during a sleeping bout, and they may lay with their front and back legs tucked under them, their back legs tucked and front leg(s) extended and even on their side with all of their legs extended. 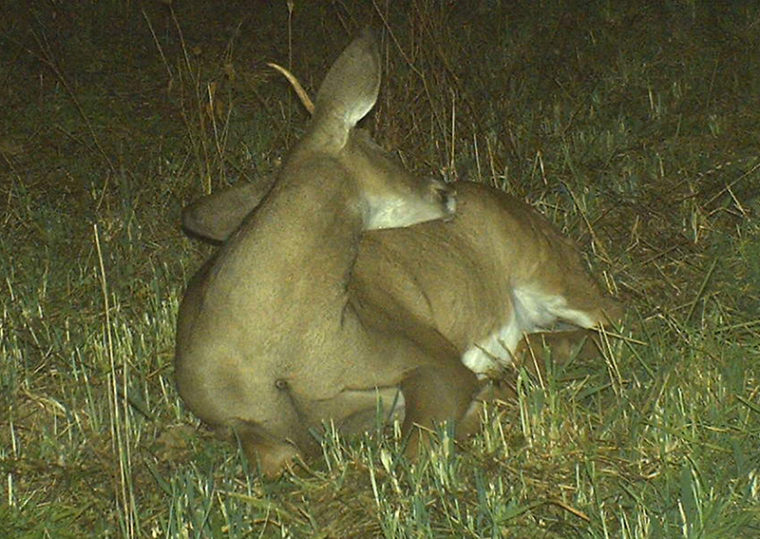 Deer sleep in short bouts while they rest to maintain alertness, and their head position changes constantly. They may lay their head on their side, like this young buck is doing, or sleep with head up.

Different species obviously must sleep differently. Predators, for example, can afford longer, deeper periods of sleep. Prey species like deer cannot. For deer, sleep is necessary for health and survival, but so is the ability to be somewhat alert while sleeping. Sleep is a time to rebuild cells and recover from physiological and physical activities that occurred while awake.

A typical sleeping bout for a deer includes 30 seconds to a few minutes of dozing, followed by a brief alert period, and then more dozing followed by an alert period. This cycle often lasts for about 30 minutes. Generally, once per 30 minutes deer will stand and stretch and they may urinate or defecate before lying back down.

Whether dozing or sleeping with eyes open or closed, deer are continually monitoring what is going on around them. Their ears are never lowered, and they can wake up instantly. That is why it is nearly impossible to sneak up on a sleeping deer. In fact, it is unlikely you will ever do so, but it is possible to view a sleeping deer from a distance. This is especially true if you hunt deer in heavy cover. Deer sleep every day, and during daylight hours they typically do so in secure cover, so your best chance to view one is while on stand by having deer move into view and bed down. Since they can sleep with their eyes open, you may even have witnessed it in the past without realizing it. 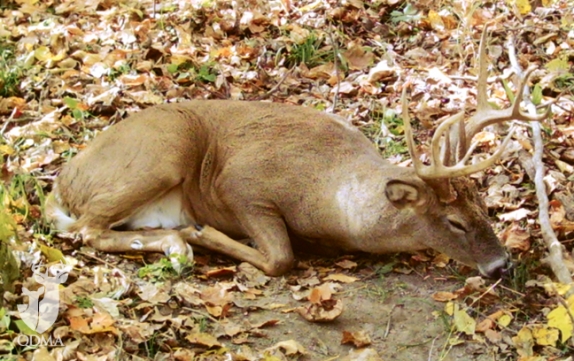 During the peak of the rut, bucks are more active than any other time of year, and they rarely sleep or feed. This buck was caught on a trail-camera taking a mid-day snooze in the middle of a scrape. He rested for only 15 minutes before moving on.