EHD in Deer: Here’s What You Need to Know 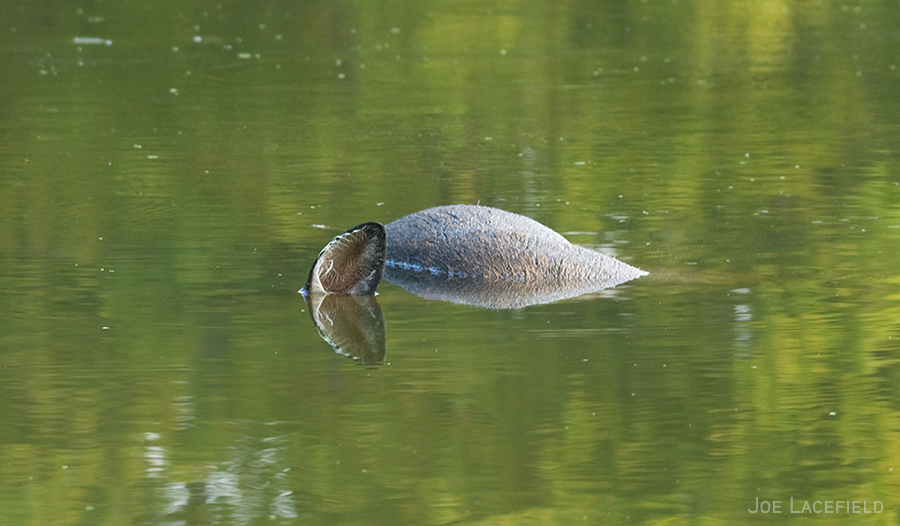 Incidences of hemorrhagic disease (HD) were few and far between in the early 2000s. That has changed dramatically in the past 2 decades.

What is Hemorrhagic Disease?

According to the Southeast Cooperative Wildlife Disease Study (SCWDS), HD is an infectious, viral disease of deer, elk, pronghorn and bighorn sheep. It is a blood-borne disease transmitted to deer by biting midges or flies. Hemorrhagic disease is the most important infectious disease of white-tailed deer and outbreaks occur nearly every year in the Southeast.

Hemorrhagic disease is caused by either of two closely related viruses, epizootic hemorrhagic disease (EHD) virus or bluetongue virus. Since the disease features produced by these viruses are indistinguishable, a general term, hemorrhagic disease often is used when the specific virus responsible is unknown. Since EHD and bluetongue viruses are transmitted by biting flies (gnats, no-see-ums) hemorrhagic disease is seasonal and occurs in late summer and early fall. It was first reported in the U.S. in 1955 in New Jersey and has been confirmed in over 40 states since. The Southeast is most affected but the disease ranges as far north as New York and Ontario, across the entire Midwest to Montana and southern Canada, and to Washington, Oregon and California on the west coast.

The severity of disease outbreaks is influenced by the number of deer exhibiting immunity to the disease, the virulence of the infecting virus, the number of livestock nearby (because cattle and sheep can carry the virus), and the abundance of midge vectors. Herd density may also play a role as high-density herds may have higher mortality rates, but the relationship between deer density to the severity of HD is not clear-cut. The disease occurs annually but its distribution and severity are highly variable.

Regional deer herds are impacted differently. According to SCWDS records, in coastal regions of the Southeast, most adult deer have antibodies to the disease and disease outbreaks are rare. In piedmont regions many adult deer have antibodies but disease outbreaks occur every 5-10 years. In mountainous regions antibodies are rarely formed in deer and disease tends to occur in sporadic outbreaks, often with higher death losses. Besides being illegal, this is one reason why releasing “big northern bucks” to increase the body and antler size in southern deer herds does not work. Northern deer are poorly suited to deal with southern climates and disease vectors.

Initially, infected deer may appear normal or show mild signs of illness. Five to ten days following exposure animals may appear depressed; feverish; have a swollen head, neck, tongue or eyelids; have difficulty breathing or lose their appetite and fear of man. Deer may have ulcers on their tongue, an eroded dental pad, or interrupted hoof growth. Internally, deer may have fluid-filled lungs, cardiac hemorrhage, a congested rumen or scarred rumen lining depending on virulence of the virus and duration of infection. Deer not previously exposed to the disease often die within 5-10 days.

There are three forms of hemorrhagic disease – peracute, acute and chronic. Depending on virulence of the viral strain, the peracute form can kill deer in 1-3 days. Acute is the classic form and deer may live for several days. The chronic form is typified by growth interruptions on the hooves and deer often survive this form. Deer that survive develop immunity to the disease and does may pass temporary immunity to their fawns through their milk. Most deer that die do so around water because they develop high fevers and seek water to cool their bodies.

Can We Prevent Hemorrhagic Disease?

Since the disease is spread by insects, there is little we can do to prevent it and outbreaks will end with the onset of cold weather. A good, hard frost will kill or drive the majority of insects responsible for the disease into winter inactivity. State wildlife agencies typically do not alter seasons or tag allocations since HD outbreaks occur after seasons and bag limits are set, and severe outbreaks rarely occur across wildlife/deer management units. Since outbreaks are generally localized and mortality occurs during summer, the best thing to do from a personal or property-specific deer management perspective is adjust antlerless harvest rates that fall, if necessary.

Listen to Our Podcast Episode About Hemorrhagic Disease

Initially, infected deer may appear normal or show mild signs of illness. Five to ten days following exposure animals may appear depressed; feverish; have a swollen head, neck, tongue or eyelids; have difficulty breathing or lose their appetite and fear of man.

Can I eat a deer with EHD?

Can we prevent EHD?

Since the disease is spread by insects, there is little we can do to prevent it and outbreaks will end with the onset of cold weather. A good, hard frost will kill or drive the majority of insects responsible for the disease into winter inactivity. Prior to frost, we can work to minimize ideal midge breeding grounds on the land we own or hunt. According to Ed Schmidtmann, retired USDA disease researcher, midges like shallow, murky, warm water with a muddy or silty bank. Conversely, midge reproduction is minimal in clean, clear, deep water or where banks are vegetated or rocky (rather than muddy).

Why do deer with EHD go to water?

Hemorrhagic disease causes fever in deer so animals with the disease often seek water. That’s why deer killed by EHD are commonly found around ponds, streams, creeks or other water sources.

No, EHD is an infectious viral disease, but it is not contagious.