Fawns are the Fix for Most Deer-Hunting “Mistakes” 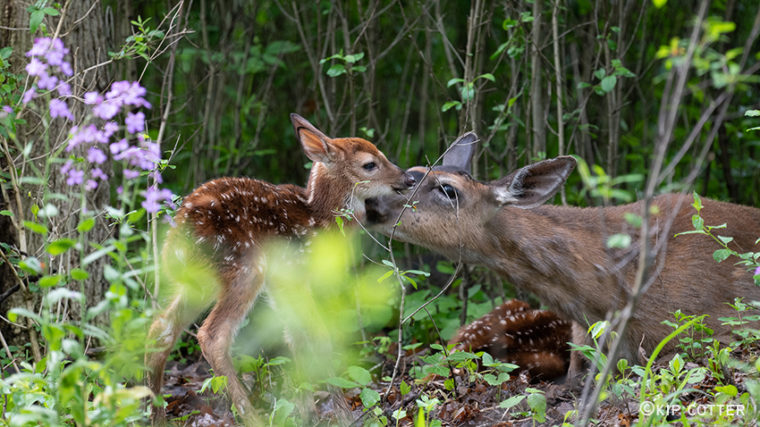 I bring good news to all deer hunters who think they made some “mistake” last season or feel like “disaster” struck: The arrival of fawns each spring is the annual correction that makes it difficult for us to do long-term damage to deer populations.

Some Quality Deer Managers believe they are supposed to be managing individual deer. We aren’t, and we can’t. Because we are hunters of wild deer, we manage populations. What happens to an individual deer, even if you perceive it as a negative outcome, will not affect the population. Only consistent harvest pressure on specific segments of a population, or a lack of it, produces measurable change.

For example, let’s say you killed a button buck you mistook for a doe, or you killed an antlered buck that turned out to be younger than your personal age goal. Back away from the ledge! Don’t beat yourself up, and certainly don’t beat up anyone else, for a “mistake” like this. Fire up the grill and taste the backstrap! Deer populations are too resilient for you to harm them with occasional “mistakes.”

Even when serious harm occurs, deer populations are able to recover rather quickly on their own when conditions favor growth again.

What does it take to cause a measurable shift in the makeup of a deer population? Here are a couple of examples.

Sustained, heavy pressure on does – especially if combined with another major mortality factor like an outbreak of hemorrhagic disease (EHD) or increasing fawn predation – will likely drop local density too low. Conversely, lack of doe harvest in a productive area will allow density to surge too high. But taking a handful of does too many or too few won’t throw things off balance.

Even when serious harm occurs, deer populations are able to recover rather quickly on their own when conditions favor growth again.

So, whether you feel burdened by “mistakes” of the past season, or you are worried about the effects of an actual population-wide disaster like EHD, remember deer populations are extremely resilient and self-correcting. A new crop of fawns is born every year – half does, half bucks. This automatic recovery mode ensures you have many more chances for a great hunting season!