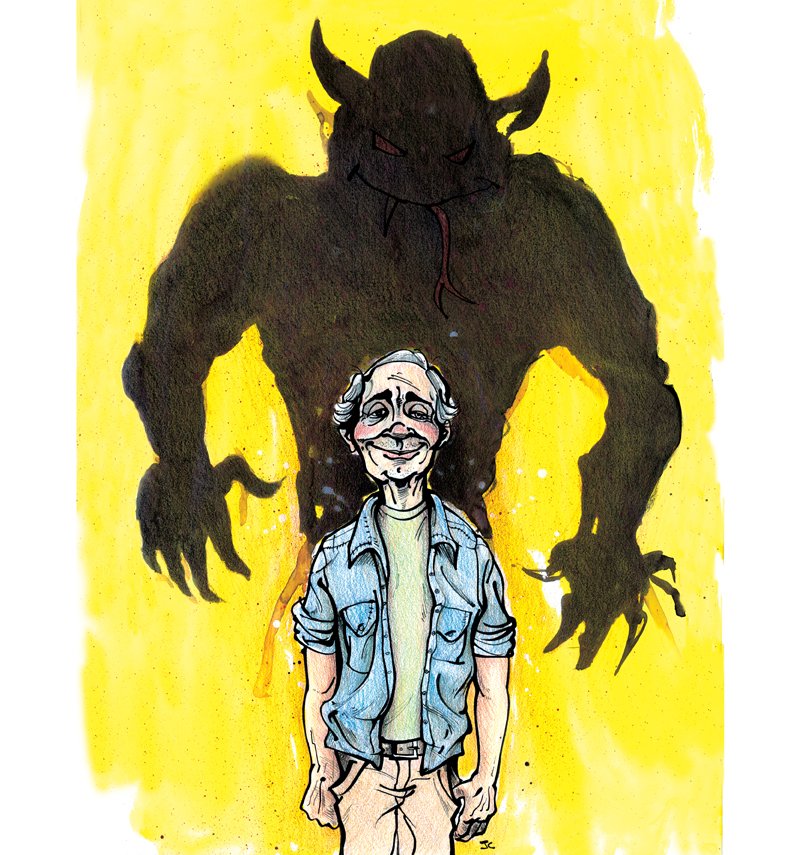 Ah, a beautiful autumn day in my favorite stand! Everything is just right for me to harvest a mature buck. I clutch my rifle tightly. My senses are sharp and I am as alert as a lion waiting to pounce on an unsuspecting wildebeest in the tall African grass.

I hear a dull crack, a half-rotted branch breaking, no doubt, under the hoof of a monstrous brute with antlers so big they look like a rocking chair atop his head. My heart gives a little flutter. I see a head pop out from behind a small birch tree — only a doe. I sigh with disappointment.

As the season rolls on I see only does and a few fawns. I don’t even catch a fleeting glimpse of anything that might be a mature buck. My season ends in utter disappointment — all I have to show for it is a fork-horn buck that tips the scales at a whopping 110 pounds, the first and only buck to present himself at my stand.

In the winter that followed, I was invited to a Quality Deer Management (QDM) seminar. The guy giving the seminar explained the problems related to skewed sex ratio and high herd density. He said that to begin to correct these things, we needed to pass up yearling bucks and harvest an appropriate number of does.

At first I thought he was crazy. I spent close to three weeks holding out for the chance to harvest a buck — any buck — and he’s telling me to “Let him go so he can grow.” My first reaction was, “Yeah, right! I pass them up and my neighbor will kill them!”

“Go talk to your neighbors, communicate your intentions,” the speaker said. “You could be surprised at their reaction.”

I was certain my neighbor was 12-feet tall with long, sharp horns, snaggle teeth and a four-foot-long, forked tongue that could constrict the life out of me with one, quick lash. He probably ate young bucks like a bullfrog eats flies, one gulp and they’re down the hatch, unless he paused to cook them first with his fiery breath.

After much thought, I decided that a quality deer herd was worth the risk. So, I grabbed my bottle of pepper spray and small survival kit and headed over to speak with him.

When I got to his place, the clouds rolled in, and it got dark all of sudden. Ravens were cawing, and vultures watched me from their perches on a dead tree.

I introduced myself, he did likewise, and I asked him how his hunting season went. He mentioned that he really hunted hard but had only seen fawns and does. I handed him a pamphlet from the Quality Deer Management Association. I told him I had attended a seminar on the subject, that QDM seemed to be the right way to manage deer and that it would increase our chances of seeing and harvesting mature bucks. He said he wanted to look over the pamphlet and then he would give me a call.

Just before spring green-up, he called, and he was really excited. He said he read the pamphlet and decided to get the other neighbors involved in a QDM Cooperative. He even said he wanted to plant a food plot. “Wow!” I thought. “This is going to be great.”

The first season came and went. We all harvested does, and we had all seen and passed immature bucks. By the second season all of the partners in our QDM Cooperative had established food plots. In our summer observations we started seeing some nice 3 1/2-year-old bucks, and what a great thing it was to see them — the first sign that our hard work, dedication and discipline might be making improvements.

In the second hunting season, we harvested six more does and continued passing young bucks. In the third year of the Cooperative, we had one of the best hunting seasons on record — we all saw nice bucks and witnessed some awesome rutting behaviors. One of our partners even saw two, nice 3 1/2-year-olds battle it out for breeding rights. One buck was killed that season, a 4 1/2-year-old that must have slipped past us when we were still harvesting yearling bucks. He was an awesome buck that weighed in at 238 pounds — fat, healthy and ready for winter. He was crowned with a beautiful 10-point rack and had a gross score of 140 B&C. We all rejoiced and shared in the pride of achievement, and we had a great time standing around talking about our goals for the next year.

None of this would have been possible if I had not first communicated with the guy next door.

Shawn Bevins is a QDMA member from Actonvale, Quebec. He has been practicing QDM since 1996.