How to Defeat Herbicide Resistant Weeds in Deer Food Plots 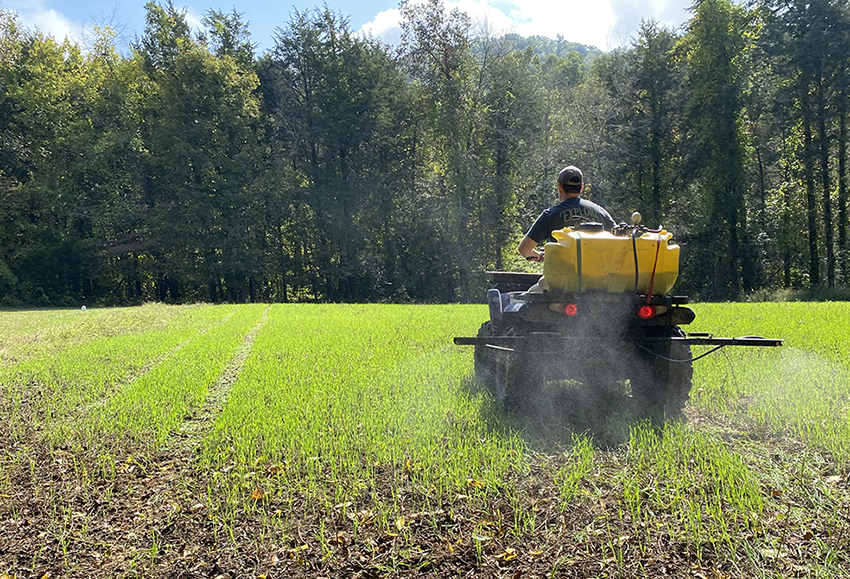 Weed control is one of the most important considerations to produce high-quality food plots, and herbicides are the most effective and efficient tool to reduce weed competition. Unfortunately, several weeds have developed resistance to some herbicides. Herbicide-resistant weeds have been a problem for farmers for several years, and increasing populations of these weeds have begun to pose an issue for food plotters as well.

There are several strategies to manage resistant weed populations, and I present some of those that are most applicable to food plotters here. This article will contain several herbicide recommendations to help get you started, but always be sure to refer to herbicide labels for rates and application restrictions prior to use.

How Does Weed Resistance Happen?

Resistance develops through slow genetic changes following the continued application of an herbicide in a particular field or area. Over time, some weeds within a population are able to resist the mode of action of an herbicide, which refers to the way an herbicide impacts a plant. Many herbicides act by blocking some essential enzyme interaction, which may inhibit photosynthesis, break-down cell walls, prevent nutrient transport, or stop other necessary processes within the plant. Resistance traits vary widely, but these traits commonly allow for faster herbicide metabolism or prevent the herbicide from bonding with the targeted enzyme.

Similarly to how glyphosate resistance happened over time, weeds can develop new resistance if we continue to spray the same herbicides in a field year after year.

Weeds with these traits survive herbicide treatment, produce seed, and in just a few years a field can become dominated by resistant plants that often spread into adjacent fields, whether by wind, animals or riding on equipment. This process most often occurs in weeds that produce large numbers of seed. For example, pigweed species that have developed resistance to various herbicides may produce 500,000 seeds per plant!

A common misunderstanding is that weeds are only resistant to glyphosate, or that resistance is a new problem. The first documented resistance was Queen Anne’s lace resistance to 2,4-D in 1957, which was nearly 20 years before glyphosate was sold. Given the common use of glyphosate by many managers, I will focus on managing glyphosate-resistant weeds in this article, but resistance to herbicides such as imazethapyr also is common and should be considered when tackling weed problems.

There are several main herbicide practices that help combat resistant weeds. First, use different types of herbicides within a field over time to avoid the development of new problems. Similarly to how glyphosate resistance happened over time, weeds can develop new resistance if we continue to spray the same herbicides in a field year after year. Secondly, it is imperative that you spray postemergence herbicides when weeds are small and that you use rates sufficient to kill those weeds. Treating older plants with weak herbicide solutions is all too common, and it can lead to failed control and future resistance issues.

Another common-sense approach to managing weed resistance is to consider weed control issues prior to planting your food plots. If you know a field has a history of resistant grass weeds during the warm season, planting a broadleaf such as soybeans allows you to have more control options such as grass-selective herbicides. Fields with resistant broadleaf weeds might be planted in corn or grain sorghum (if they meet your food plot needs) to provide additional herbicide options such as broadleaf-selective herbicides. Alternatively, these fields could be fallowed for one or two growing seasons, or planted to annual cool-season forages, to allow for weed control during summer. Regardless of the kind of weed issue you are dealing with, using common sense in your planting – or not planting – strategy can aid control efforts.

The vast majority of food plot managers use glyphosate to control weeds prior to planting, but glyphosate resistance may make this approach less effective in some regions. There are two approaches to combat this issue: either include a broadleaf- or grass-selective herbicide as part of your burn-down mixture, or use a different broad-spectrum herbicide.

If you are dealing with glyphosate-resistant johnsongrass or Italian ryegrass, a grass-selective herbicide, such as clethodim, can be effective. On the other hand, a broadleaf-selective herbicide, such as 2-4,D, may be used to control many glyphosate-resistant broadleaf weeds. It is important to note that both clethodim and 2-4,D have approximately two weeks of residual soil activity, so it is necessary to wait prior to planting. There are areas with weeds resistant to multiple herbicides, but in most locations this strategy will work.

Alternatively, glufosinate is a broad-spectrum herbicide that can be used to control glyphosate-resistant species. Although it is only effective at controlling weeds when they are very small, it can work if you are applying a burn-down herbicide following tillage or if all weeds are young. 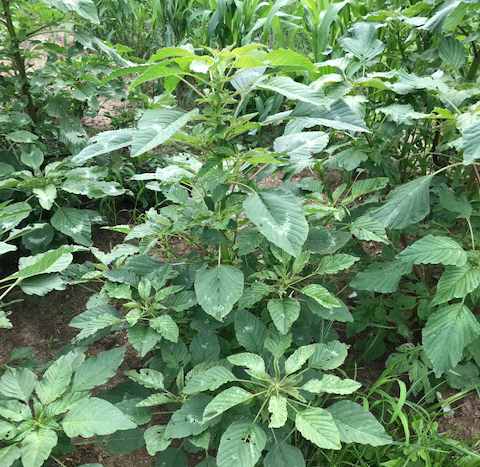 Palmer amaranth, a variety of pigweed, has become particularly troublesome as a glyphosate-resistant weed in glyphosate-tolerant soybeans.

What are preemergence and preplant incorporated herbicides?

If you are no-till planting soybeans, herbicides such as sulfentrazone, flumioxazin, and pyroxasulfone are often effective at controlling resistant pigweed species such as Palmer amaranth and waterhemp. Imazethapyr also may be used, though some pigweeds are resistant to both glyphosate and imazethapyr. If you use tillage, trifluralin may be used preplant incorporated to control pigweed. Regardless of the resistance issue, tank-mixing multiple herbicides as allowed by the label may increase control.

When dealing with glyphosate-resistant horseweed, flumioxazin and sulfentrazone are effective preemergence herbicides. However, horseweed can be a bit more problematic as many of the plants overwinter as a basal rosette. Thus, tillage may assist with control to ensure no plants are alive at planting. An alternative strategy is to use glufosinate-tolerant soybean varieties, which may be sprayed with glufosinate. As I mentioned in the burn-down section, glufosinate does not control larger weeds, so it is important to treat weeds when they are young if you use glufosinate-tolerant soybeans.

You Can Win the Battle

Weeds will always be one of the largest problems that food plotters face, and this issue will continue to grow as more weeds develop resistance to various herbicides. Learning the various herbicides and their applications can be a daunting task, especially if you have never applied herbicides other than glyphosate and grass-selective herbicide. However, by spending a little time reviewing herbicide labels and other sources that synthesize such information, you can quickly learn how to manage weeds to an acceptable level in your food plots.