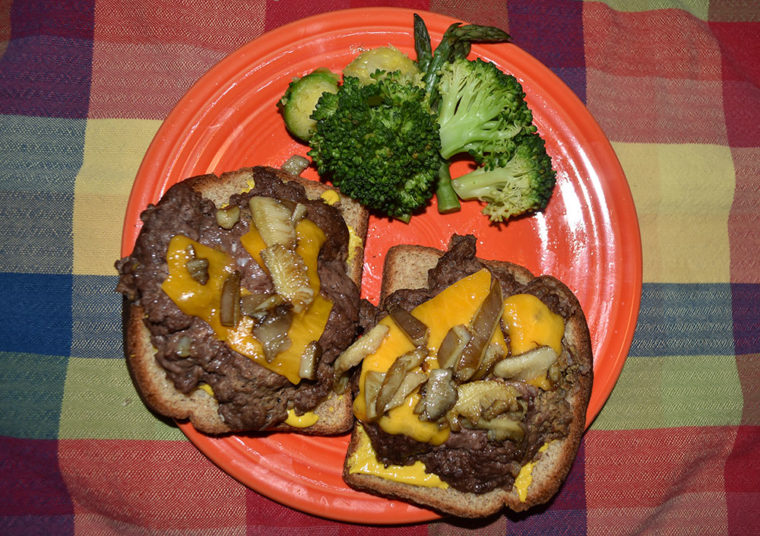 The bitterly cold, blustery winter morning in Virginia’s mountains had not been conducive to good hunting. No deer, turkeys, or even squirrels had been spotted. When I observed two black vultures ominously circling above me, I decided it was time to arise and prove to the duo that the shivering form [me] beneath them was not worthy of their attention. Frankly, for the last hour or so, all I had been thinking about anyway was what my wife Elaine would fix for lunch and the warmth of our wood stove.

Winding my way through the woods, I noted a half dozen or so dead ashes and recalled that it had rained several days ago. Was it possible that some oyster mushrooms might have sprung up in the meantime on these hardwoods that emerald ash borers had killed? The first three trees I checked had the usual species of inedible lichens growing on them. But the fourth ash boasted a half dozen or so oyster mushrooms. The hunting wasn’t good that morning, but the gathering was sublime. For Elaine enthusiastically agreed to my lunchtime request of venison burgers topped with oyster mushrooms, consumed next to the woodstove. We even had enough mushrooms left over to dine on them for dinner as part of an egg and cheese omelet.

Oyster mushrooms are among the easiest edible fungi to identify. Most of the ones I’ve gathered possessed three-to –five-inch fan-shaped, moist sides with wavy margins. The colors range from dark brown to creamy white, and the organism itself gives off a smell I describe as fishy, though some folks believe it’s more similar to anise.

Oysters are one of the few mushrooms that can be gathered year-round, provided conditions are conducive for them springing forth. Come winter, this means cool, damp/rainy days and the availability of dead or dying deciduous hardwoods such as oaks and maples. I’ve also found Pleurotus ostreatus thriving on old, hardwood stumps and downed trees along streams. 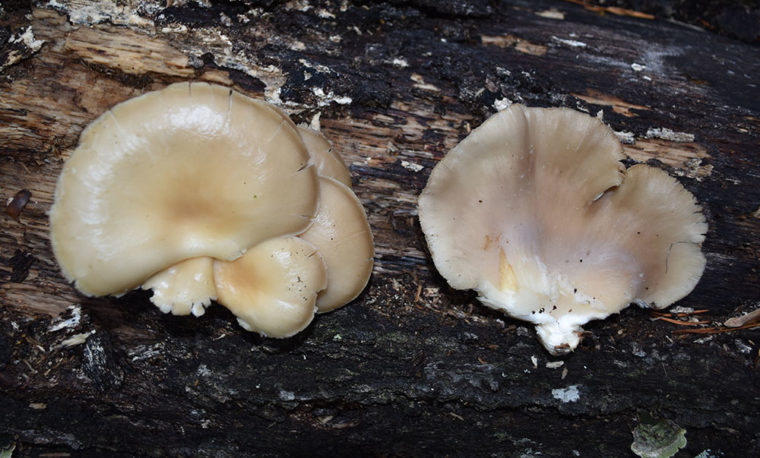 With wild mushrooms, there’s almost always a caveat or two. I strongly recommend that when gathering any species of mushroom for the first time that you be with someone who can positively identify it. Learn more about oyster mushroom identification at this site.

Also, most wild, edible mushrooms, as it true with oysters, should be cooked before eaten and only small portions should be consumed the initial time you dine upon them. Sometimes even edible fungi can cause some people to have a negative gastrointestinal reaction to them.

So even if the hunting is challenging on winter days, the gathering can be grand. Oyster mushrooms can make it so.

Soak oyster mushrooms in salt water for about 15 minutes to clean any insect larva from the mushrooms. Drain, chop into ½ inch pieces, and set aside.

Mix burger with mustard and steak sauce. Shape into 4 patties. Bake in a 400 degree oven for 20 minutes.

While burgers are baking, heat skillet over medium low. Put olive oil and butter in skillet. When butter is melted, add mushrooms. Sprinkle with garlic powder and salt to taste. Sautee gently for 7-8 minutes until tender.

Note: We’ve also enjoyed oysters cooked inside of deer burgers and as sides or toppings for other venison-based meals. They also go great in salads and in any egg dish.

Bruce and Elaine Ingram co-wrote Living the Locavore Lifestyle. To purchase a copy, email them at bruceingramoutdoors@gmail.com.

A helpful book on identifying mushrooms is the National Audubon Society Field Guide to Mushrooms.