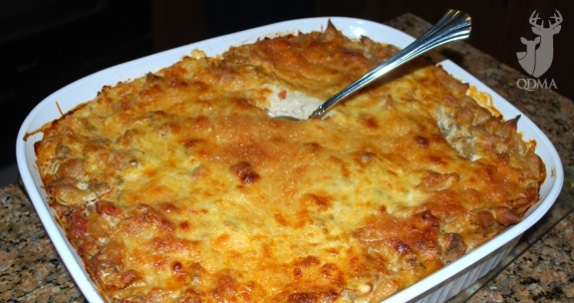 For a fortnight last October, the most exciting pattern I experienced involved a steady stream of deer coming to scarf up fruit under a pear tree. Setting up nearby, I ended up killing two fine does with my crossbow, plus gained the pleasure of several times watching two 1½-year-old bucks sparring in the tree’s vicinity.

If you haven’t considered pear trees as possibilities for food plots, then maybe you should, says QDMA member Benny Hallman whose family operates Hallman Farms in South Carolina.

“Some years back, pears were definitely an overlooked food for deer,” said Benny. “But a Quality Whitetails story promoted this fruit, and ever since it seems that more land managers are planting them. A real advantage of pears over apples is that in many of this country’s warmer areas, such as the coastal regions in the Southeast, pears have fewer disease and insect problems. In colder climates, both apples and pears grow equally well, and the deer don’t seem to prefer one fruit over the other, just whichever is ripe at the time.”

As I write this, it is time for the venison from those two “pear” does to become integral parts of several recipes, one of which is Venison Pastitsio. Pastitsio is a Greek-style lasagna that has bechamel sauce in addition to pasta, meat, and cheese. My wife Elaine usually couples this dish with a green salad and fresh bread. Here is Elaine’s recipe:

Several years ago, I read a Quality Whitetails article touting the virtues of crabapple trees as a wildlife food; one of the varieties discussed was the Dolgo. Three years ago, Elaine and I planted a Dolgo and it is already producing fruit. Though we planted these trees to provide food for deer, we gathered some of the “fruit of our labor” for ourselves, too! We turned a few crabapples into this delightful bread last fall. Simply remove the core and seeds of the crabapples, leave the skin on, then chop to prepare the following recipe.

About the Author: Bruce Ingram is a QDMA member and freelance outdoor writer from Fincastle, Virginia, and he is a regular contributor to QDMA’s Quality Whitetails magazine. Bruce and his wife Elaine write a weekly blog at Bruce Ingram Outdoors.