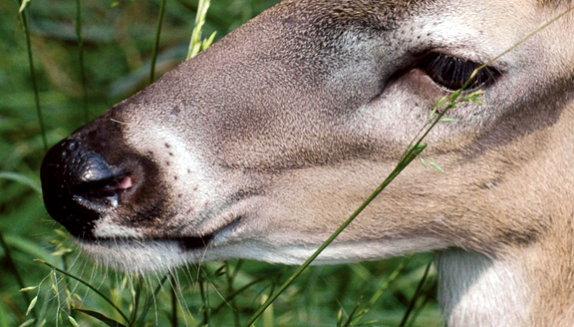 Wind is the most overlooked detail in hunting mature bucks. I’m not just talking about wind direction, although that’s very important. Wind gets way more complicated than that. The more you know and understand about the wind, and more importantly a whitetail’s nose, the more successful you will be.

When I was young I read that 10 percent of the hunters kill 90 percent of the deer. True or not, the statement got me thinking about how to be one of the 10 percent. When I became more serious about hunting mature deer, I realized the wind was probably the factor separating the consistently successful hunters from the rest. I found myself studying the wind and learning more and more every year. Through observation and experience, I’ve learned some things I’ve never read about in articles. I’m going to share with you some of my findings and explain how I use that information to better my chances of putting a tag on a mature buck.

A more detailed version of this article was originally published in QDMA’s Quality Whitetails magazine. Start receiving the leading publication on deer management and hunting by becoming a member of QDMA today!

First let’s look at a deer’s nose. A little research suggested the nose of a whitetail features around 297 million olfactory receptors, compared to 220 million in dogs and about 5 million in humans. We all know dogs have a powerful sense of smell, so remember a whitetail’s sense of smell is likely more powerful than a dog’s.

Of course, when you hit the woods, it doesn’t really matter just how powerful the deer’s sense of smell is. What matters is this: If he is downwind of you, he can smell you, and chances are the game is over. When it comes to scent detection, a deer has all of the advantages. We just need to look at what we can do to take some away.

Picture a River of Air

One of the first things I do after locating that perfect stand location is try to figure out the perfect wind and time of day to hunt it. More often than not, this takes a while, sometimes three to four sits. It’s not as simple as saying “I need my scent to go toward the south because I’m expecting the deer to be coming from the north.” Although that is where I start, it gets a little more complicated than that.

I study the topography and terrain around the stand and try to understand how it will affect the wind coming from different directions at different times of the day, and even with different cloud cover. To help you visualize this better, remember that air currents behave very much like water in a stream – if you’re a trout fisherman, this will be easy for you to understand. When water is flowing in a streambed it comes into contact with different obstacles such as rocks and logs and bottom features like shallow flats, drop-offs and deep holes. As water encounters these obstacles and features, it speeds up, slows down, swirls and forms eddies, sometimes circling in the opposite direction from the main stream for a while before continuing on. Have you ever seen floating leaves get caught in an eddy and be carried in the opposite direction of the stream’s flow? Air currents behave the same way. Trees, logs, rocks, hillsides, ravines, foliage and other features will all have an effect on the way your scent is distributed downwind.

To study how air currents interact with a landscape, you have to make the wind visible. Build a fire in your backyard on different days, preferably one on a high-pressure day, one on a low-pressure day, in the morning and evening. A small, smoldering fire that produces more smoke is best. Keep notes of what you observe. I suspect you will be very surprised to learn how the air currents are affected by time of day and barometric pressure. You can do this any time of year in your backyard, and it will help you tremendously in understanding how your scent is affecting your hunting area.

This backyard experiment will broaden your understanding of air currents, but it still doesn’t paint the complete picture of how your scent moves through your hunting area. It’s time to take the smoke, but not the fire, to your stand site: Use colored smoke bombs you can buy at any fireworks shop. They’re small, inexpensive, and a wealth of information can be had from using them at your stand sites in the off-season.

I go in on different days, morning and evenings, in high pressure and low. I light a smoke bomb and set it right on the platform of my treestand, then I sit back and watch. The ones I use burn for about 2 minutes. Of course, your body is putting off scent the whole time you are on stand (That’s a lot of smoke). Again, take notes. You may be surprised to see the smoke travel 50 yards downwind, hit a big rock, split into two streams, catch a hillside, then start to eddy and eventually drift back upwind of you! Yes, it can and does happen, especially on days with a slight and variable breeze, usually less than 8 to 10 mph. When the breeze is stronger, your scent is generally forced along in a consistent direction, just like we imagine when hunters talk about a “scent cone.” While this sounds like a good time to hunt as far as scent is concerned, when the wind picks up like that, deer tend to move less.

More times than not, after studying a site with smoke bombs, I’ve had to reposition my treestand away from what I thought was the perfect spot. It may only take moving your stand a few yards or so to get your smoke to go around a tree, through a ditch, or even through the understory a little differently.

On one occasion, I had to abandon a spot entirely because the terrain just wouldn’t allow my wind to end up where I needed it to be. If I hadn’t used the smoke bombs, I would have continued to hunt there, wondering all the time why I was getting busted by deer on my upwind side!

Once hunting season starts, you can still study the wind without smoke bombs. I carry a very light yarn-like material that I buy at fly-fishing shops called McFly Foam. You can get it in fluorescent colors, which allows you to see a filament of the material floating on the air out to 20 or 30 yards or more. While the range is shorter than with smoke bombs, McFly Foam can tell you a lot more than powder in a bottle.

Mature bucks live and die by their noses. Become a serious student of wind if you want to make sure they never get a nose full of you. The second article in this series, which covers thermals, will help too.