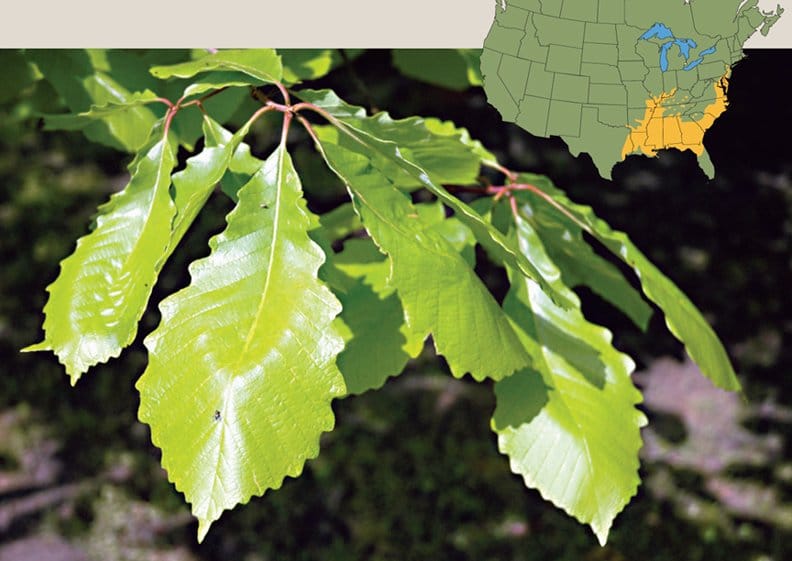 When considering species to plant or encourage on deer hunting land in the Southeast, swamp chestnut oak should be near the top of your list. A member of the white oak family, swamp chestntut oak produces extremely large acorns that are highly attractive to whitetails.

Swamp chestnut oak is a native, medium to large (24 to 36 inches) mast-producing tree that can grow up to 100 feet tall. It is found in floodplains throughout the Southeast (see range map in the Gallery below) on moist, well-drained soils adjacent to bottomlands, small or big streams, or on the first terrace or ridge away from water. As the name suggests it can tolerate periodic flooding, but only for a few days or weeks during the growing season; however, swamp chestnut oak can also be found growing as high as 1,000 feet in elevation. Ultimately, its presence and the growth rate of each tree are greatly influenced by the site’s soil type (silty clays and loams are best) and drainage.

Swamp chestnut oak bark is thick, scaly, loose and light-gray in color. On mature trees the trunk is often free of branches for the first 20 to 40 feet, followed by stout branches that ascend at sharp angles to form a narrow but rounded crown. Swamp chestnut oak leaves are deciduous, simple, alternate, somewhat oval, dark green, 4 to 9 inches long, and smooth above and softly hairy beneath; they are short-pointed at the tip, tapering to round at the base, with numerous shallow lobes along the edges. They can be distinguished from other oaks by the nine to 14 lateral veins on each side of the midvein. Swamp chestnut oak acorns are exceedingly large (1½ inches long), mature in one season and are usually produced singly or in clusters of two or three; production averages roughly 85 acorns per pound. Trees typically begin to produce seed around 20 to 25 years and attain their optimal production around age 40, but production will occur much sooner with seedlings planted in full sunlight with good soil and growing conditions. Good seed crops can be expected every three to five years with poor to fair production the balance of the time. 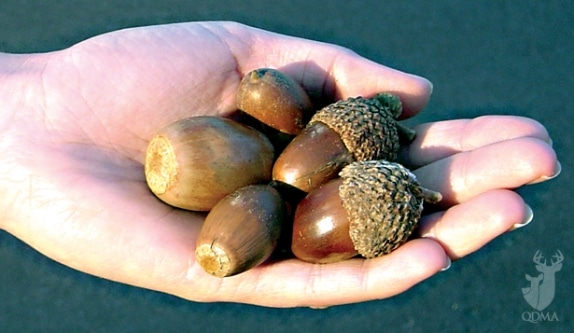 Although it is not a prolific sprouter, swamp chestnut oak primarily regenerates via sprouts from roots and stumps. Due to their desirability, most acorns are consumed before germination even takes place; when it does, germination happens immediately after seedfall with literally no period of dormancy. Seedlings then grow fairly slowly at less than 6 inches per year. Interestingly, mature swamp chestnut oaks are allelopathic (exude plant growth inhibitors) and have the ability to hinder growth of nearby understory vegetation.

In terms of management, swamp chestnut oak is shade intolerant and requires a lot of sunlight for establishment. Thus, clearcutting is considered the most effective way to naturally regenerate (stems per acre should double post-harvest) and/or rejuvenate bottomland hardwood sites composed of swamp chestnut oak; however, because of the wide variety of site conditions that it can grow on, proper clearcutting techniques differ from site to site. As usual, before firing up the chainsaw, professional forestry assistance is always recommended.

Bareroot or containerized seedlings of swamp chestnut oak are available from a number of commercial nurseries. Acquire and plant seedlings in winter when the seedlings are dormant. Leave approximately 30 feet of space between seedlings when planting to allow for future crown growth, use a tree shelter tube on each seedling if possible, and plant in full sunlight. Return annually to remove competing trees and shrubs.