Leading Other Hunters to QDM 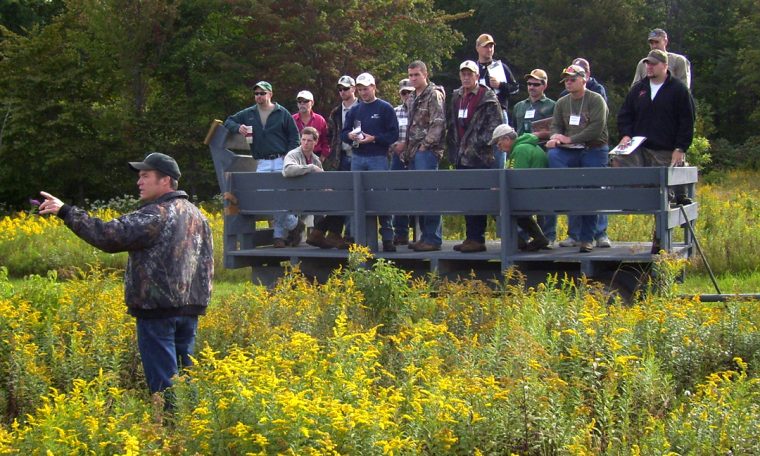 One November, my brother, Rans, showed me a video clip he filmed while bowhunting a small, suburban tract in Georgia. The clip included several minutes of footage of a nice 9-pointer working a scrape and sniffing around the area, all within bow range. We watched the video together and discussed the buck’s age. My brother and I often disagree about a lot of things, including the finer points of deer hunting and management (Being older, I’m usually right, but he’s the professional wildlife biologist, so I often allow him to think he’s right). In this case, we were in complete agreement: despite a sizable rack, the deer was no more than 3½, and we tossed around the idea that he might even be 2½. For being filmed in the peak of the Georgia rut, the buck had a small neck and slim build. Clearly, he wasn’t mature like other bucks Rans has captured on trail-cameras at this site.

When I encounter people who are displeased with QDM, it is usually because someone pressured them to make an immediate jump to advanced harvest guidelines before they were ready.

As I watched the crisp video of the young 9-pointer wading a creek in the cold November light, Rans told me an interesting story. A few days before, he had shown the video to a good friend of his who was visiting from out of town. The friend was utterly shocked that Rans could so coolly and calmly film the buck instead of going for his bow. The friend made it clear what his choice would have been: “I would have sprayed a whole quiver of arrows at him.”

Each hunter looks at bucks through a different lens of experience and expectation. Rans and I could both turn to see this buck while hunting and, after getting a look with the binoculars, ease our bows back onto the hook. Both of us are looking for deer with a few more signs of age. It’s not that we aren’t excited to see deer like this one; we are, and in fact Rans enjoyed filming the buck and was proud of the footage. But we’re happier watching the buck, learning from him, and seeing him wander off, perhaps to be seen again another day or in another season.

On the other hand, Rans’s friend had never killed a buck of that age or size and perhaps had not even seen one alive before. It’s only natural that his first thought would be kill. His hand would go for his bow. Rans and I have been there too, and you probably experienced a similar progression. At some point you were extremely pleased with killing any antlered buck, and now it takes an older or larger buck to make you reach for your rifle, shotgun, bow or muzzleloader.

When I encounter people who are displeased with QDM, it is usually because someone pressured them to make an immediate jump to advanced harvest guidelines before they were ready. Allowed to take each step in the progression, most hunters eventually reach the advanced stages, enjoy the whole journey, and become QDM advocates as well; but being forced to jump ahead too quickly can kill the enjoyment for some and create frustration, strife, and anger.

So, as we spread the good news about QDM and encourage other hunters to consider its virtues, we must keep this progression in mind and show respect for hunters at each stage. Encourage your neighbors to take their next step, not yours. This may seem like a slower route, but I believe – and my brother agrees – it’s the best way to lead others toward better deer hunting for all involved.