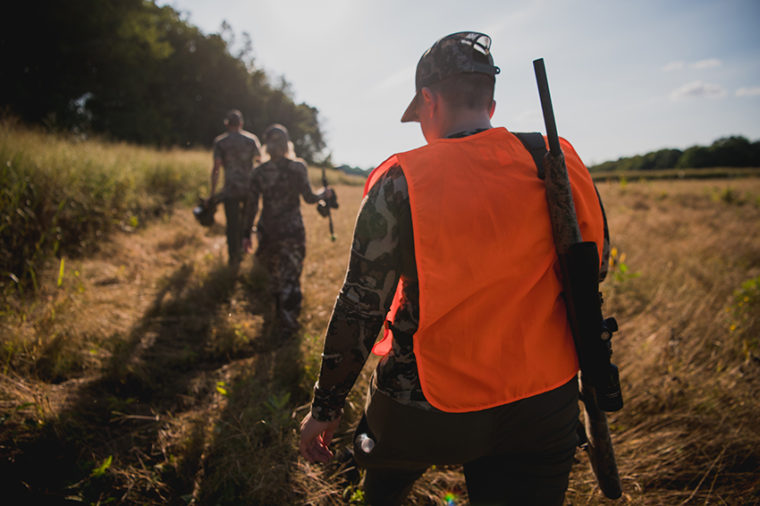 We recently wrapped up the sixth season of our Field to Fork adult hunter recruitment program, and despite the lingering pandemic, we were able to hold 43 events in 17 states, ranging in size from four to 36 new hunters.

Field to Fork continues to blaze a new trail in hunter recruitment, proving there is strong desire among many non-hunting adults to learn to hunt deer for food. Field to Fork has proved the “efficiency” of recruiting adult hunters: They have the independence and ability to hunt on their own immediately after they receive a helping hand for their first experience, and more than 80% of Field to Fork recruits are in fact continuing to hunt independently. They are sharing their venison with others, buying hunting equipment of their own, and even taking other new hunters into the deer woods.

Here are a few highlights from NDA’s 2021 Field to Fork hunting season.

In past seasons, we found success asking companies in the hunting industry to find aspiring new hunters among their own employees. In 2021, with NDA’s help, Vortex Optics hosted a Field to Fork program for employees at their headquarters and new Edge facility in Barnveld, Wisconsin. They surveyed their staff to find aspiring hunters and recruited current hunters/mentors within their own ranks. Many of the folks you’re familiar with if you follow Vortex’s social media and podcast were instrumental in hosting the program. Vortex started small and plans to grow the program in future years. You can find an Instagram takeover in our highlight reel, and keep your eyes out for a summary podcast and video. 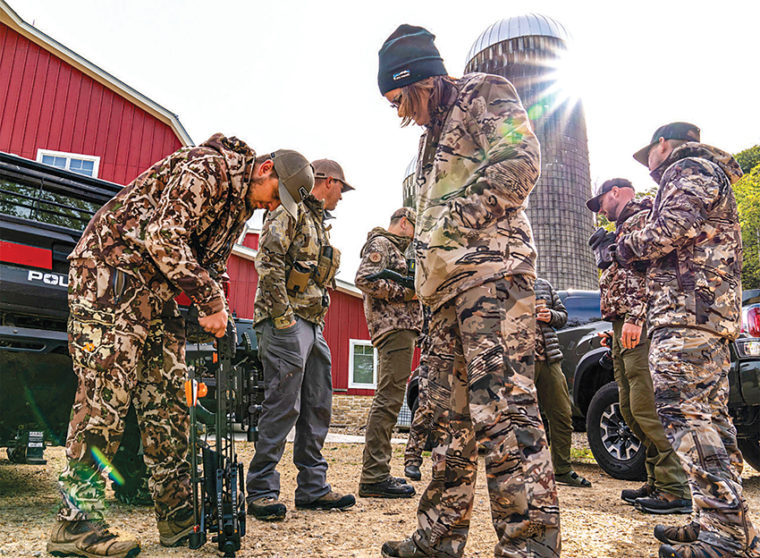 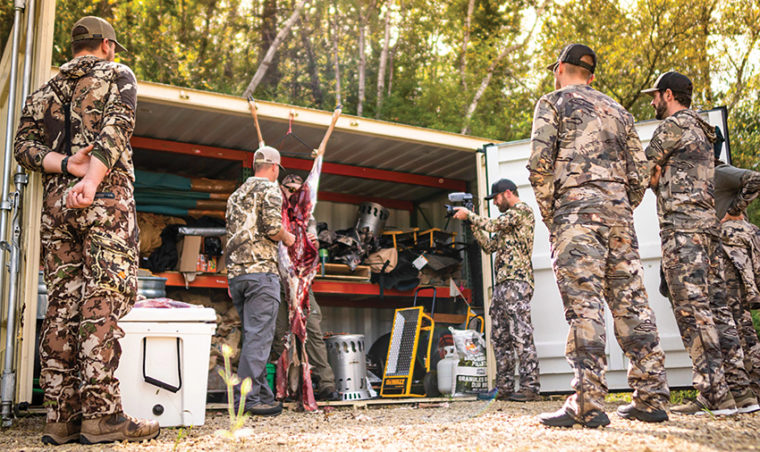 This National Wildlife Refuge in Virginia allowed us to host another Field to Fork weekend hunt with the Virginia Department of Wildlife Resources and Wade Truong and Rachel Owen of Elevated Wild. This hunt also took advantage of an early antlerless shotgun season. Photos below by Meghan Marchetti, Virginia DWR. 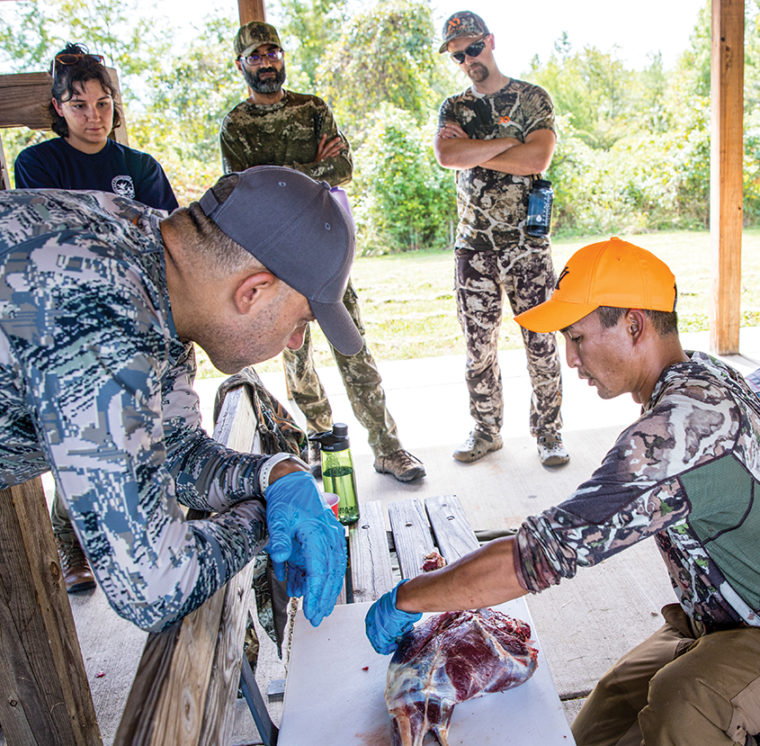 Wade Truong of Elevated Wild is one of the best wild game chefs out there, and he shares his skills each year. Here, Wade shows the group at Occoquan Bay NWR how to take a deer from the field to the freezer.

NDA Board Chairman Rick Dahl again hosted a Field to Fork hunt in Missouri with the assistance of the Missouri Department of Conservation, this time for employees of American Outdoor Brands (AOB). AOB’s brand, MEAT!, which is based in Missouri, participated and helped teach new hunters how to process their own deer. In fact, a few of the new hunters were MEAT! employees. Afterwards, the company produced an incredible video documentary about the hunt. To get a feel for the rewards and memorable moments at a Field to Fork hunt, watch the video below.

New York with Hunters of Color

In early November, we partnered with The Nature Conservancy, Hunters of Color, Backcountry Hunters and Anglers, and the New York Department of Environmental Conservation to host a Field to Fork for eight new Black, Indigenous and People of Color (BIPOC) hunters. According to the 2016 National Survey, hunters in the United States were 90% male and 97% Caucasian. The Nature Conservancy wanted to offer more equitable access of their private properties, and we were happy to help. This was one of the most rewarding Field to Forks we have been a part of and proved undoubtedly that diverse groups can come together and bond over deer hunting. See the Instagram takeover in the highlights on the @deerassociation profile. Photos below by Kevin Erdvig. 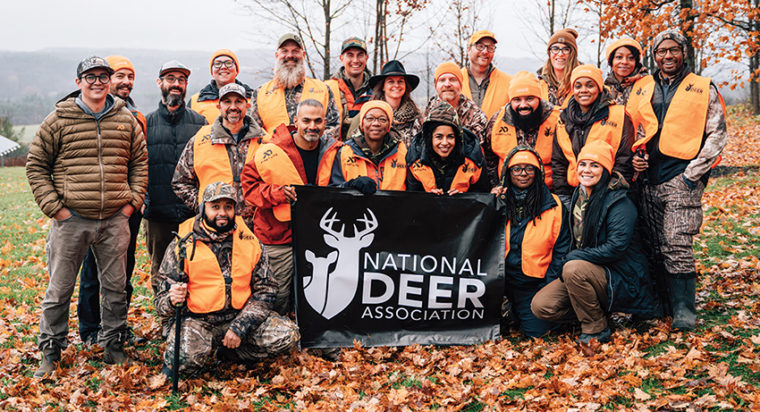 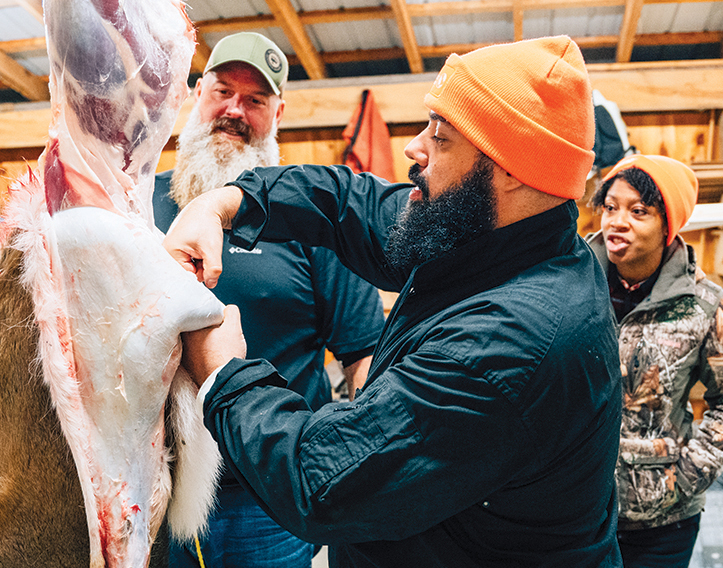 This was the third year for a Field to Fork program at the John Heinz National Wildlife Refuge just south of Philadelphia, Pennsylvania, and this event continues to take locals deer hunting on “Americas first urban refuge.” The Pennsylvania Game Commission and Refuge staff have spearheaded this unique program. 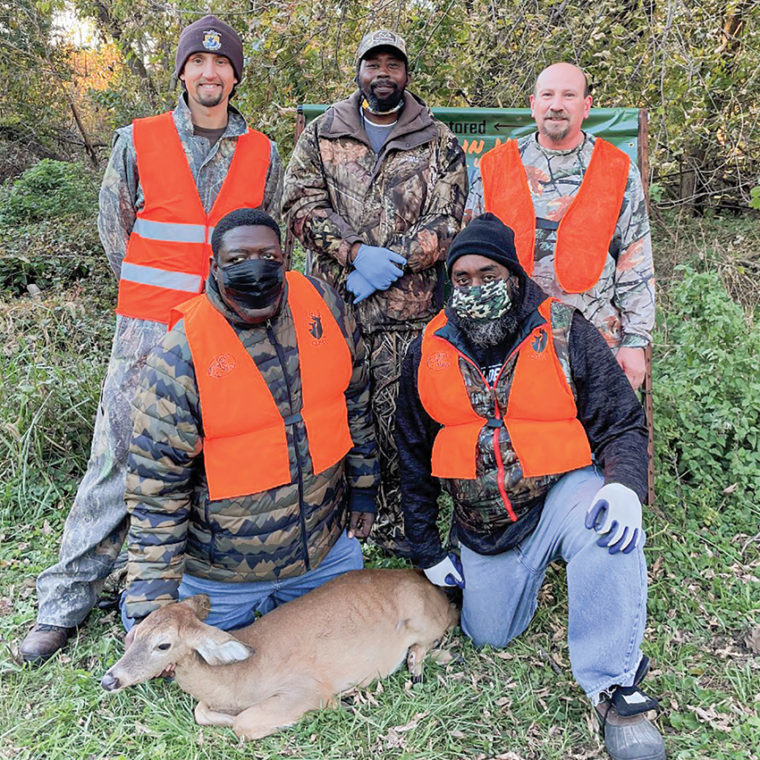 Back40 to Fork, Michigan

In early 2021, Meateater Inc. made a fantastic gift to NDA: ownership of the “Back40” property in Michigan. We went to work immediately in partnership with local Branch volunteers to prepare the property for Field to Fork events. Early and late-season hunts were very successful. NDA’s Southeast Michigan Branch and Michigan State Chapter gave us a core group of volunteers for the management of the property as well as our Field to Fork program. We also received material support from a number of great partners like FirstLite, Vortex Optics, CVA, and Mission Crossbows. All of this added to our success, and not to diminish the gravity of these gifts, the success really came down to the local mentors and new hunters. Neighboring landowners also donated access to their lands to help expand the number of new hunters who could participate in each hunt.

Fittingly, the first deer taken off the Back40 was by new hunter Evan Barrett, whose mentor was Mark Kenyon of Wired to Hunt and Meateater. Mark took over the @deerassociation Instagram story to recap the weekend, and you can find it among the highlights on NDA’s page. 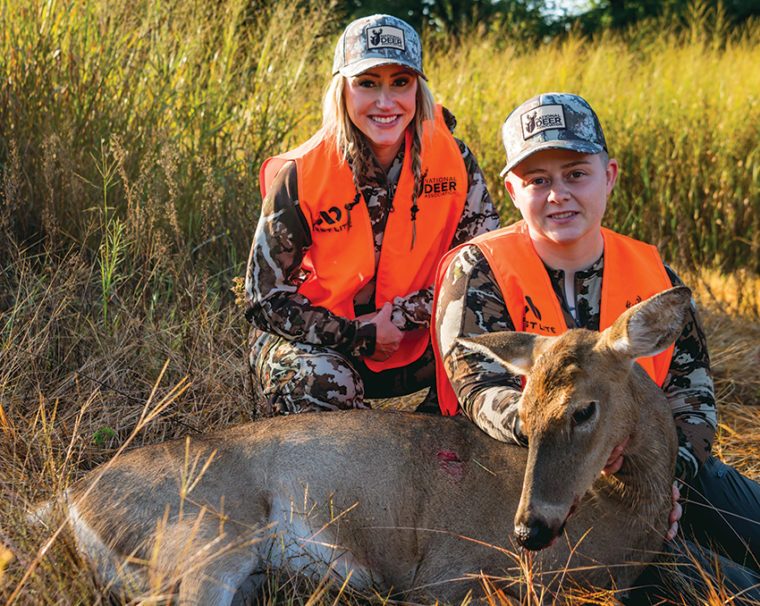 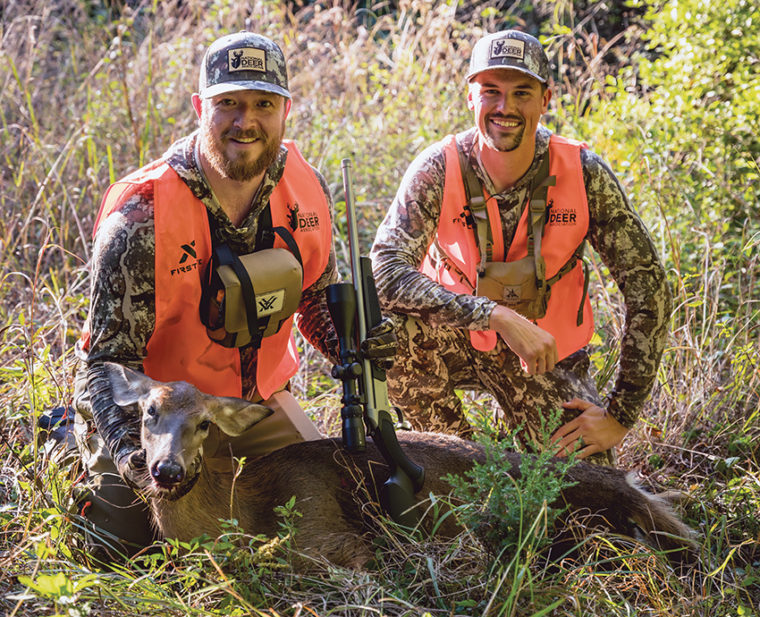 Fittingly, the first deer taken off the Back40 was by new hunter Evan Barrett (left), whose mentor was Mark Kenyon of Wired to Hunt and Meateater. Photo by Marc Moline.

Longtime NDA supporters the Bastow Family hosted six new hunters for a four-day destination Field to Fork event at their hunting property in Northwest Pennsylvania. You can find a summary article written by one of the participants, Gregory Clarke, in the Winter 2022 issue of Quality Whitetails magazine. 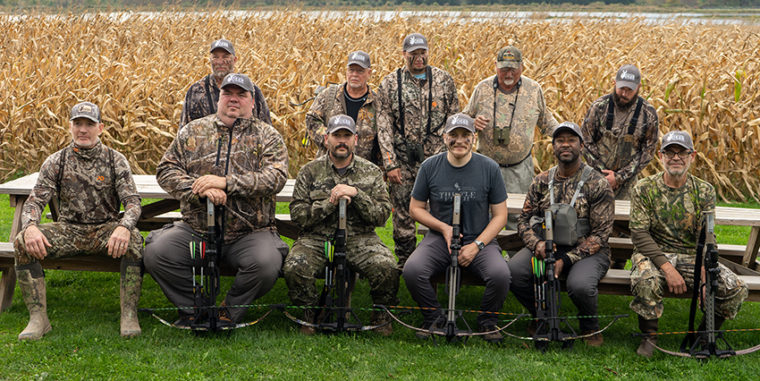 Many of our 2021 Field to Fork hunts were organized and hosted by NDA’s volunteer Branches. Those included the Athens and Coastal Empire Branches of Georgia; the Indiana Branch; the Derby City Branch of Kentucky; the Southeast Michigan, Clinton/Ionia, Tip of the Mitt, and West Central Branches of Michigan; Rochester, Upper Hudson River Valley, and Black Dirt Branches of New York; Lowcountry, Lakelands and Foothills Branches of South Carolina; and the Coulee Branch of Wisconsin.

The community we create among a diverse group of individuals around a passion for wild food, wild spaces and deer hunting makes Field to Fork successful. The community and camaraderie you found in deer camp or hunting with your friends or family brought you along for your hunting journey. Now, share that with others who’d like to learn to hunt deer. Help us hold recruit more new adult hunters by joining NDA, donating to NDA, or becoming actively involved in Field to Fork. Contact NDA’s Director of Hunting Hank Forester to learn about hosting a Field to Fork event in your state.

96% of Americans Want Action to Protect Deer From CWD

Never has it been more clear that the vast majority of American hunters and non-hunters value the presence of wildlife where they live and recognize the economic importance of healthy wildlife populations on the landscape….

It’s late September and time to expect a rise in cases of hemorrhagic disease in deer, including both EHD and bluetongue, which are related viruses. Currently, NDA is aware of 11 states with lightly scattered…