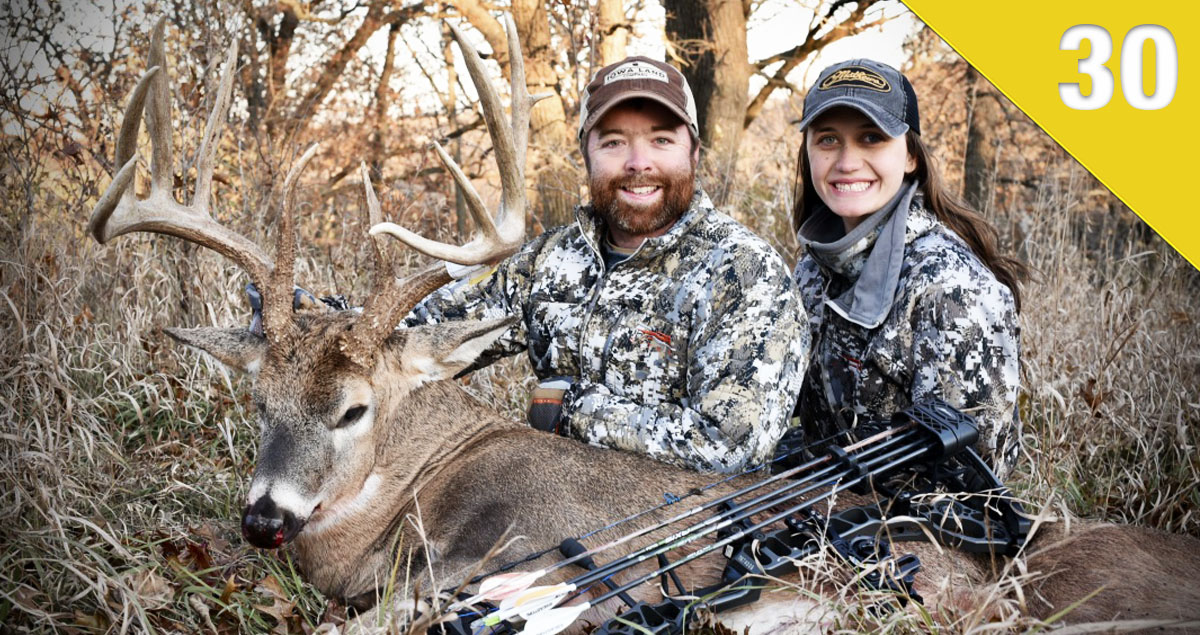 If you want to start a good debate among deer hunters, start talking about your list of the best hunters in the country, and let the fun begin. The reality is there are a lot of outstanding hunters who consistently take mature bucks who you’ve never heard of. Nick Skinner of Iowa Land Company is one of those hunters. Nick’s humble personality doesn’t allow him to brag, so Nick and The Doctor do that for him in this episode.

While he has many great bucks on his resume, the focus of the conversation is the 191-inch buck he arrowed in 2019, which he and his wife refer to as the Honeymoon Buck. This is yet another story of redemption as the first encounter Nick had with the buck didn’t go as planned, but thanks to a little help from his wife, as well as luck and persistence, this story comes to an exciting conclusion. This episode continues our series of exciting deer stories, which we’re featuring as deer seasons are opening or are about to open around the country.

We also get some tips from our guest about what to do if you’re considering buying hunting land. It’s more attainable than you might think. This episode’s B Team report is highlighted by the sad tale of a guy that just can’t help but spend money on things he already owns! You’ll have to listen to get the sad details.

Traveling out of the local area to hunt is steadily gaining in popularity. While going on a destination hunting trip can be exciting and rewarding, it can be equally frustrating and disappointing if hunters don’t…

Winning the War Against Feral Hogs With Alan Leary of Missouri

For decades feral hogs have been expanding their range, creating ecological havoc wherever they show up. Efforts to reduce or eradicate them from the landscape have been largely unsuccessful. However, there is one state that…

Protecting Yourself From Hearing Loss With Audiologist Dr. Grace Sturdivant

Our hearing is one of our five finely tuned senses and arguably the most likely to be compromised by our lack of protection of it. This is particularly true for hunters and recreational shooters who…