Oh Snap! Which Parts of Deer Antlers Break Most Often? 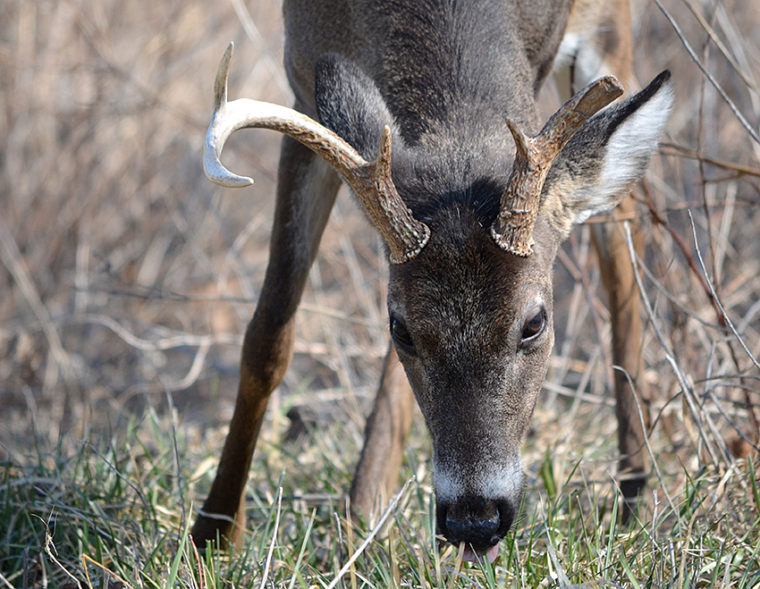 There are few, if any, wild game animals we know so much about as the white-tailed deer – that’s what makes it surprising when new information comes to light about this species with which we are fascinated. A large sample of shed antlers collected from my research site in south-central Alabama provided a great opportunity to describe basic patterns of antler breakage in whitetails – a relatively simple yet startlingly overlooked facet of whitetail lore.

For decades deer antlers have been rigorously studied, and dozens of peer-reviewed scientific papers have been published on topics ranging from their nutrient and chemical composition to their supernaturally explosive growth rates and resulting implications for regenerative human medicine and cancer cures. Yet, the simple patterns of antler breakage have been overlooked.

From 2001 to 2010, as part of my Ph.D. research at Auburn University, my co-researchers and I collected 936 total antlers from the Three Notch Wildlife Research Foundation study site. So as to not overinflate true sample size, we used only left antlers recovered from the 638-acre (1 square mile) high-fenced private property – a total of 487 left antlers – and classified them by year. We included only antlers recovered within six months of shedding to ensure that all samples were assigned to the correct year. 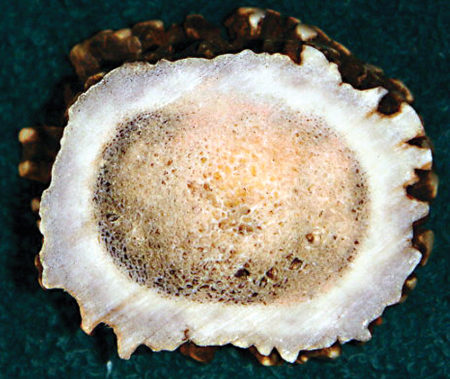 The amount of porous bone in the center of an antler increases with antler mass, and it helps absorb impacts. Thus, antlers with less mass are more susceptible to breaking.

It’s important to note the deer herd at this study site had access to supplemental protein pellets throughout antler development, possibly alleviating stress factors such as drought which could have negatively affected natural browse availability.

We found that approximately 30% of left antlers were broken in some way annually, a rate that was fairly stable across all 10 years of the study. We attribute the stability of annual antler breakage rates to the relatively stable nutritional level of the deer herd. However, since this study was done on a captive herd with an elevated buck age structure, this breakage rate may differ from a free-ranging population with a lower proportion of adult bucks. 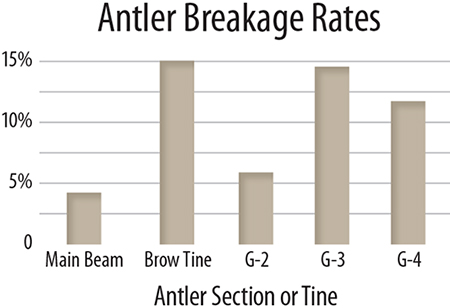 By the way, we did not count chipped, worn or cracked antler tips and other antler imperfections as antler breakage because they did not affect the function of the antler.

Structurally, the G-2 is usually the longest tine and is recognized as the primary weapon on a buck’s antler. However, from a defensive perspective, antlers absorb competitor’s blows with the leading antler tines (G-3 and/or G-4) thus protecting the G2. Additionally, it is not difficult to imagine that some brow-tine damage occurs when deer exert enormous amounts of torque during rubbing. Main beams had similar rates of breakage as G-2 antler points.

Though strictly “typical” shed antlers did not show greater breakage than antlers possessing non-typical or abnormal points, typical-frame points were about twice as prone to breakage as non-typical points. 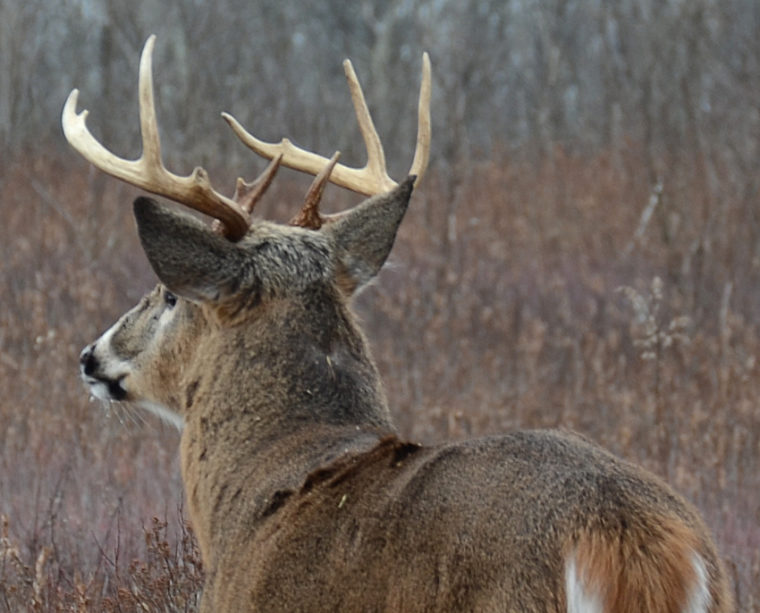 This buck has broken off a G-2 tine, one of the less likely points to break because the G-3 and G-4 points are usually first to absorb a blow.

Finally, by relating antler variables such as base circumference and number of antler points to antler breakage, we found that thin antlers with high numbers of antler points are most susceptible to breakage. This comes as no shock because spongiosa – a technical term for the porous bone in the center of antlers – increases with antler mass and possesses flexible properties that help absorb impact and resist fracture.

Based on our overall left-antler breakage rate of 30%, we estimated that the percentage of individual bucks with at least one broken antler would be 51%. That’s likely greater than for the majority of free-ranging populations because the study population was enclosed, and the sex ratio favored bucks. Given that you hunt free-ranging deer that probably have a different sex ratio, age structure and nutritional level than our study site, it’s not likely you’ll see the same rate of breakage among the shed antlers you find this year – but you should see the same patterns we found as to which points and parts of the antler are most likely to break.

The next time you encounter a broken-up warrior of a buck in the woods, I hope you’ll have a better understanding of why and how he came to show his battle scars.

Dr. Gabe Karns is a visiting assistant professor at Ohio State University. His research interests include big game population ecology, movements, and harvest dynamics. He earned his Ph.D. in wildlife sciences at Auburn University and his master‚Äôs degree from North Carolina State University. His thesis and dissertation research focused primarily on buck movement ecology.
View all Articles By Gabe Karns