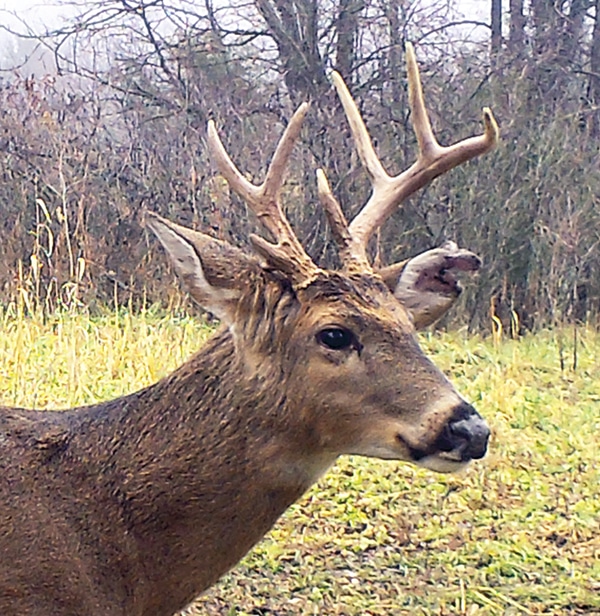 Can you name a fellow hunter who says that bucks with weird antlers should be “culled” for the benefit of the herd because they’re somehow “inferior”? Way too many of us can, so we should make sure our cull-happy friends get a good look at bucks like Pumba.

Tom Mitchell, an NDA member from Missouri, recently shared photos of Pumba from 2016 and 2017. As a 2½-year-old in 2016, Pumba (seen above) had a normal left antler with a main beam, a brow tine, a G-2 and a G-3. He would have been a standard-issue 8-pointer if his right side matched, but his right side was a weird club with three total points.

Tom initially nicknamed the buck “Club.” Then, late in 2016, Club suffered an injury to his left ear that was visible in trail-camera photos. Without this scarred ear, Tom might never have recognized Club the next year, because as a 3½-year-old he blew up into a heavy, tall 8-pointer with an inside spread just outside his ears. His right side in 2017 was a nice match to his left and was completely typical. No longer sporting a “club,” the buck earned a new nickname: Pumba. In one year, he had not only overcome the antler deformity, he had also become an adult buck that a very high percentage of American deer hunters would choose to hang on their wall. 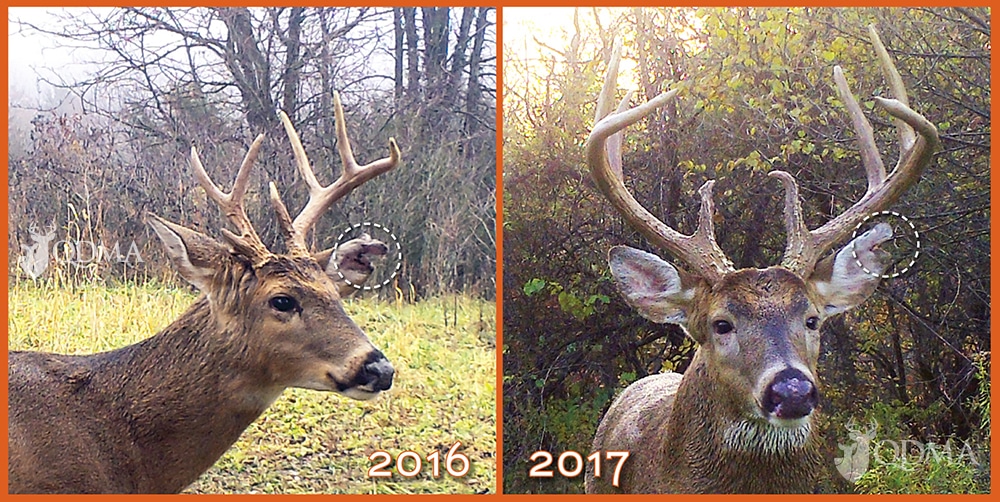 If this deer lived where you hunt, and you would have chosen to shoot “Club” as a 2½-year-old because: a) he met your buck age goal, b) you wanted the venison, c) he was your first buck, or d) he put a big grin on your face for any other reason, then please be on your merry way. But if you would have chosen: e) shoot him because he’s “inferior,” then you have to stay after class and write “I will stop shooting cull bucks” 500 times on the dry erase board.

There are two primary reasons why it’s dumb to shoot a buck just because it has weird antlers and you’ve heard its removal will supposedly improve the deer herd.

First, hunters of wild deer cannot change deer genetics for better or worse with a trigger-pull. Even if the “weird” antlers are somehow a result of genetics (and they usually are not), killing the buck does nothing to measurably decrease that gene’s chances of appearing again in the herd.

Second, most “weird” antlers result from injuries of various types, and in many cases bucks recover from these injuries and produce normal antlers again, just like these other “boomerang” bucks.

One of your missions under QDM is to set an age-based buck harvest goal that helps you push more bucks into adult age classes so that you can begin seeing the rut behaviors and other benefits produced by a herd with a normal buck age distribution. Harvest decisions are very simple: Set a reasonable age goal based on your experience level, then pass bucks that don’t meet the goal. If you like, work your way up to protecting older ages as you gain experience. But any fraudulent excuses you use to kill bucks that don’t meet your age goal, like “culls” or “inferior deer,” merely damage your efforts. If you really want to be shooting these younger bucks and just can’t wait for them to get older, then you have set your age goal too high to begin with, or you just aren’t ready for QDM yet. That’s okay. QDM isn’t for every hunter. As long as you hunt legally and ethically, more power to you.

But Pumba and other bucks like him tell us something we should all agree on: There are no “inferior” deer, only inferior notions about how to properly manage them.