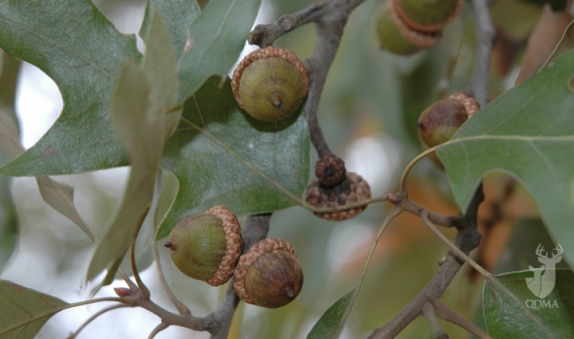 Start talking about planting trees for wildlife and the first question asked is bound to be: “Which tree species is best for me to plant?” Many people are hoping to hear there is one almighty tree species that can turn their hunting land into Whitetail Nirvana, and the truth always disappoints those folks. My advice is to “Plant what you don’t have.” Considering the major groups – soft mast, hard mast in the white oak family, and hard mast in the red oak family – find out which ones are well represented where you hunt, and don’t plant those. Instead, plant the locally adapted species and varieties that should be there, but aren’t.

Many hunters overlook the importance of ensuring tree-species diversity, especially among oaks. If it produces a big acorn or heavy fruit that pulls deer in during hunting season, it gets attention – as do many species in the “white oak family.” If it produces a small acorn that doesn’t seem to attract much during hunting season, it gets noticed like a Trekkie seeking a date for the prom. A lot of species in the “red oak family” end up in this group.

Before we proceed, let me define the two groups a little more clearly.

Acorns in the white oak family mature (from flower to falling off the tree) in only 6 months, and a few well-known examples of this family include white, swamp white, overcup, bur, swamp chestnut, chestnut, chinkapin, live and post oak.

Acorns in the red oak family mature in 18 months (there can be two age-classes of acorns on the tree at once, including those from the current year’s flowers and those from last year’s flowers). Well known examples include northern and southern red, water, willow, laurel, cherrybark (seen in the photo above), pin, shumard, scarlet, bear, shingle, bluejack, turkey, blackjack and nuttall oak.

Acorns from trees in the red oak family generally have higher tannic acid content than white oaks, making them more bitter. This is why, given a choice between the two, deer will eat the white oak acorns first and turn to red oaks only when the others are gone. But it also helps explain another fact: Red oak acorns remain viable, and edible, far longer on the ground than white oak acorns. In fact, long after white oak acorns are gone or rotted, long after hunters have put their camo back in the closet and settled by the fireplace, long after fall food plots have stopped growing and corn fields have been looted, deer may still be feeding on red oak acorns if any were produced that year.

The best illustration I ever saw of this was a story from David Moreland, a wildlife biologist with the Louisiana Department of Wildlife, now retired. On June 3, 2004, David was called out to investigate the mysterious deaths of two deer. One was a mature doe and the other was a buck about one year of age, and they were lying 6 feet apart. Here’s what the scene looked like: 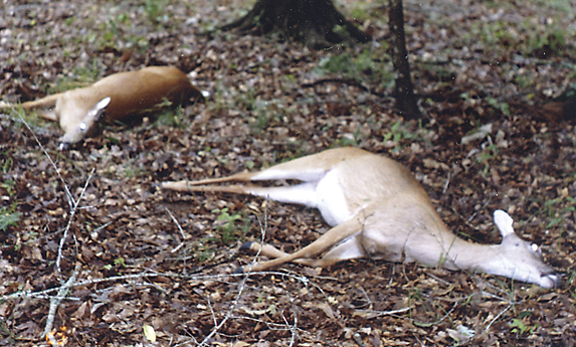 David considered the evidence, including a thunderstorm the night before, a freshly lightning-struck water oak tree nearby, and streaks of scorched hair on both deer. Clearly, the deer had been killed by lightning while standing beneath the water oak.

Just to be sure no other factors were involved, David performed a full necropsy on both deer, including a look at their stomach contents. Both deer were full of water oak acorns – in June! Here’s a photo of the sorted stomach contents of one of the deer, showing just how many acorns were found: 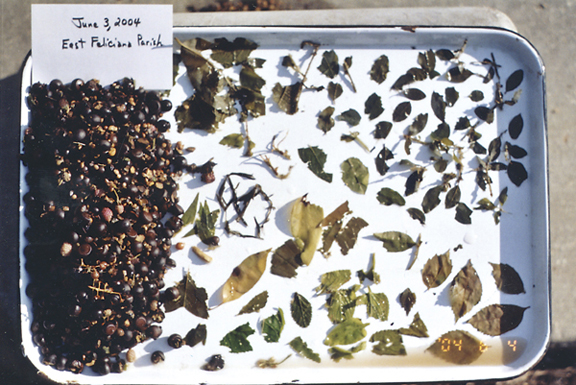 Water oak is a common member of the red oak family, but it is rarely noted as a great deer-hunting tree, except in years when more attractive acorns experience crop failures. Yet, in its native range this low-key tree is doing good things for deer, especially when it is filling nutrition gaps that other trees, forages or food plots don’t fill.

Months after they fall from the tree, acorns in the red oak family may still be available, and deer will seek them when other foods become scarce. Don’t overlook this group when deciding what trees to plant on your hunting land. If native members of the red oak family are scarce where you hunt, plant them.