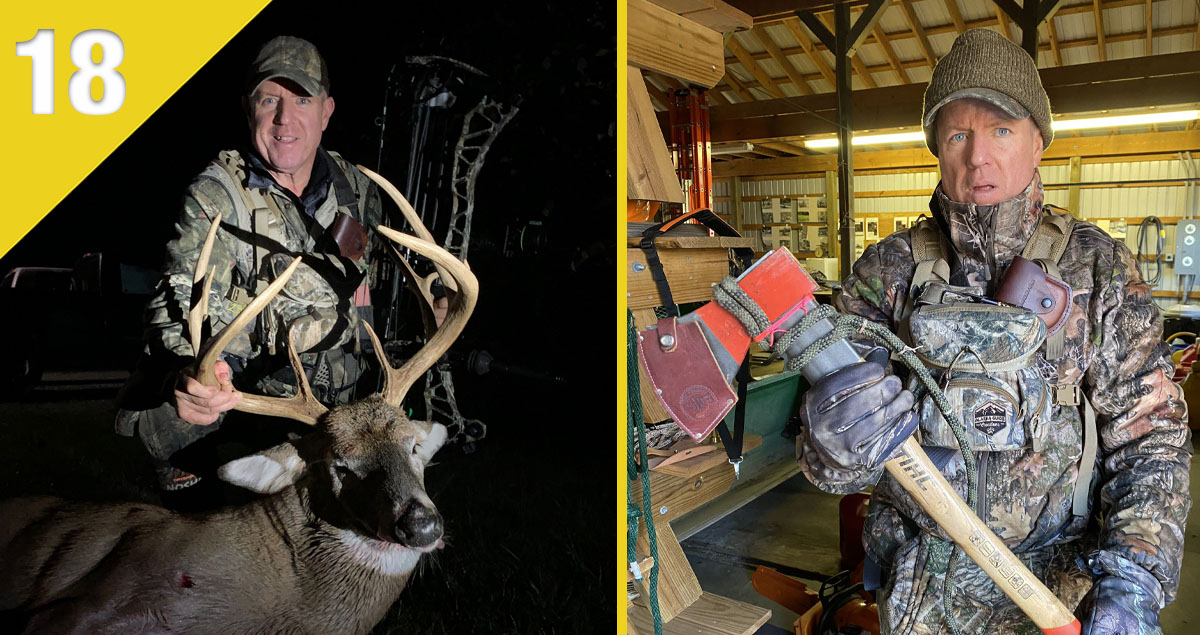 The term swamp donkey is sometimes used by hunters when referring to giant bucks found in swampy or lowland habitats. There are also several hunting-related products that include the term swamp donkey in their name. The guest of this episode, Ron Haas, has taken several bucks in the swamps of southern Delaware worthy of this popular descriptor but none more impressive than his 2020 11-point.

In addition, Ron is a professional habitat manager for the Delaware Wild Lands Conservancy and is among the best woodsmen in the country. He is also a longtime NDA member and his work led to the property he manages being certified as NDA’s first Legacy Lands property. Ron talks with Nick and The Doctor about how he was able to arrow the giant buck on Halloween night while also sharing some of his extensive habitat enhancement expertise and experience.

The guys tackle a couple Ask NDA Anything questions as well, and one lucky listener is awarded an NDA hat for sending in a question. If you have a question you’d like to ask, send it to nick@deerassociation.com.