Rub and Repeat: Bucks Return to A Few Rubs, Not All 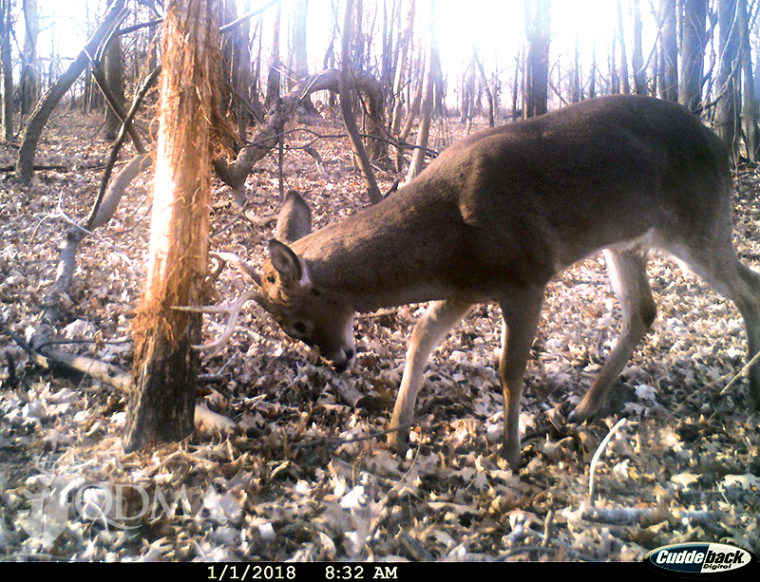 Have you ever placed your trail-camera to monitor a rub without success? Many rubs are never visited again by the bucks that made them or by other deer. However, some rubs are a little more special and are visited by multiple bucks and even does. Deer even visit these unique rubs across multiple years. These are referred to as “traditional rubs” because deer make a tradition of returning to use them again and again.

I’m sure a lot of trail-camera users have hung a camera near a large rub, and a lot of hunters have purposely hunted near a large rub at least once (and maybe twice). While success rates are usually low, NDA member Gary Landry recently sent us several great photos of different bucks using a traditional rub where he hunts in Mississippi. All of the photos I’ve shared here were taken by Gary. The peak rut where Gary hunts is right around Christmas. Note that most of his photos were taken a couple weeks prior to the local rut peak, which is when most rub and scrape activity occurs. I thought I’d use Gary’s photos to share what we know about traditional rubs, but first a look at rubs in general.

Are rubs simply trees and shrubs bucks use to rid their recently mineralized antlers of their velvet? Some may have served that function, but others play a much larger role in deer communication. In their simplest form “rubs” are places where bucks rub their antlers on trees or shrubs and typically remove some of the bark. Studies by Drs. Larry Marchinton and Karl Miller of the University of Georgia, John Ozoga of Michigan DNR, and others show rubbing remains high throughout the breeding season. Bucks often select highly aromatic trees like pines and eastern red cedar to rub on, and amazingly, one buck can make an average of 300 to 400 rubs each fall! In general, older bucks make more rubs than younger ones. 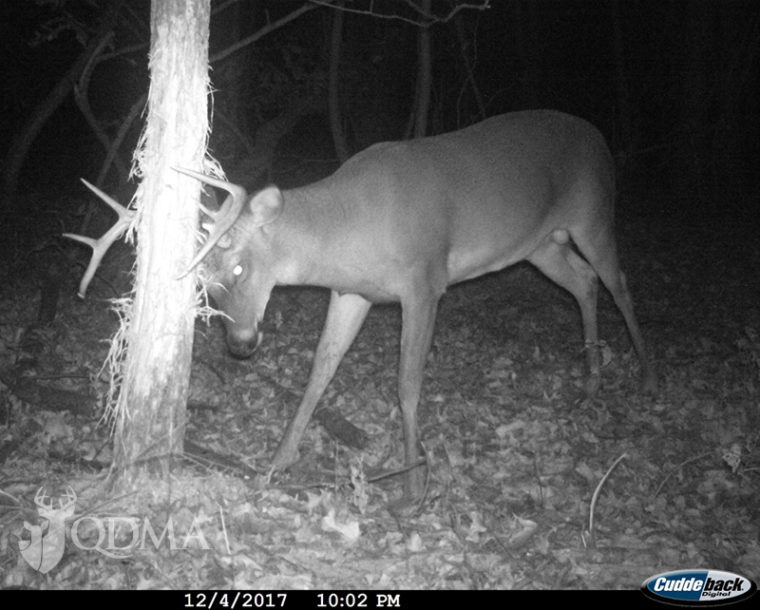 Older bucks make more rubs on average than younger ones, and they usually choose aromatic tree species, like this red cedar.

In his research, Dr. Grant Woods reported that traditional rubs — which again are rubs used repeatedly over successive years — occur on larger-diameter trees than non-traditional rubs. But as you can see in these photos, just because the trees are larger doesn’t necessarily mean the bucks that use them are all big. Young bucks with smaller antlers also use traditional rubs. 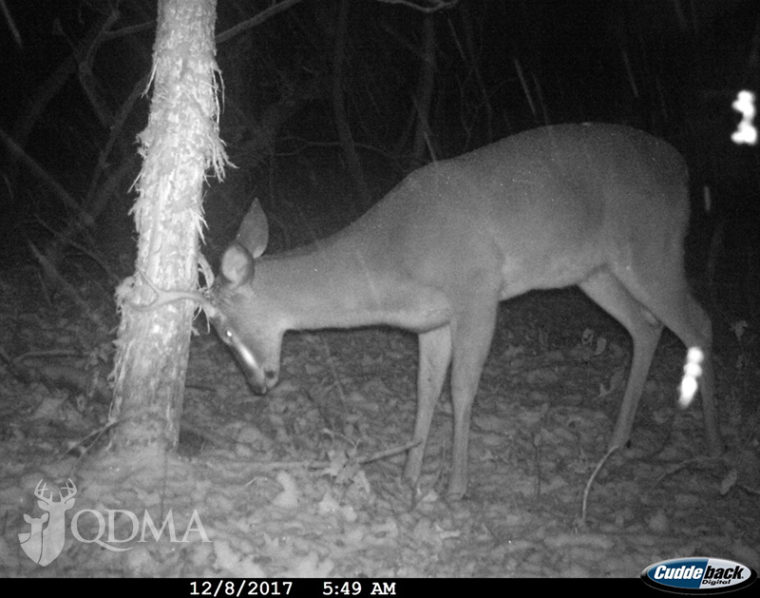 Though traditional rubs are usually found on large-diameter trees, both large and small bucks rub and mark them with their scent.

Traditional rubs serve some type of communication purpose, as bucks rub their forehead gland on the tree, leaving specific information about themselves for other bucks and does to receive and possibly “reply” to with their own information. University of Georgia researchers have shown that the skin of a buck’s forehead contains large numbers of tubular apocrine sudoriferous glands that become active during the breeding season and produce secretions with a unique odor. These secretions are what’s left at the rub site. What an incredible way for deer to communicate! 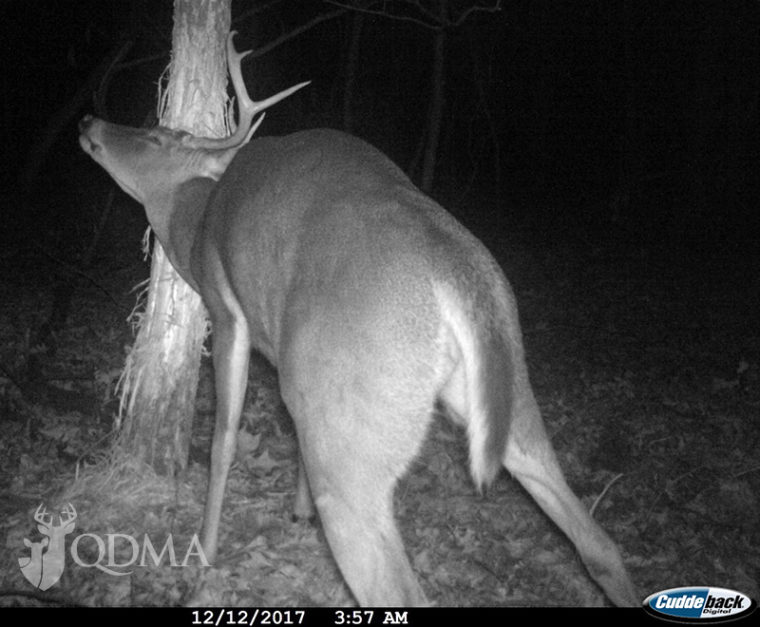 More than just raking the tree with his antlers, this buck is deliberately rubbing his forehead on the trunk. Glands on a buck’s forehead produce a unique odor that probably communicates information to other deer.

Even where traditional rubs are found, non-traditional rubs that are not re-visited still also occur. In fact, they’ll continue to be more numerous than traditional rubs. What makes a particular rub become “traditional” isn’t clear, whether it’s the size, species or location of the tree, or some combination of all these factors.

If you’ve been protecting most yearling bucks and increasing the numbers of adult bucks in the population, there’s a good chance you’re already seeing more rubs, and even traditional rubs, in the woods. If you find what appears to be a traditional rub where you hunt, hang a trail-camera nearby and see who stops for a visit.