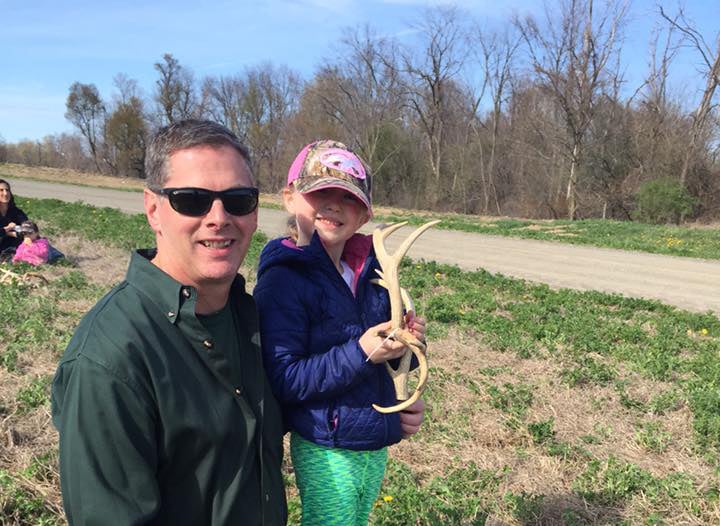 I had never read a comprehensive article with shed-hunting strategies for specific regions of the whitetail’s range. So, I wrote one! I interviewed six shed-hunting nuts from the Midwest, Mississippi River Valley, Deep South, Appalachian Mountains, Northeast, and the Northern Great Plains. Let’s look at what Ray Purdy of New York had to say about shed hunting the Northeast.

NDA members read my article in Quality Whitetails magazine in 2020. Now, NDA is going to share my article free online, in six parts, and this installment covers the Northeast. To be notified as each part is released, sign up for NDA’s free e-newsletter here.

Each installment of this series is accompanied by a map from the onX Hunt app in that region, showing actual terrain examples you should look for. 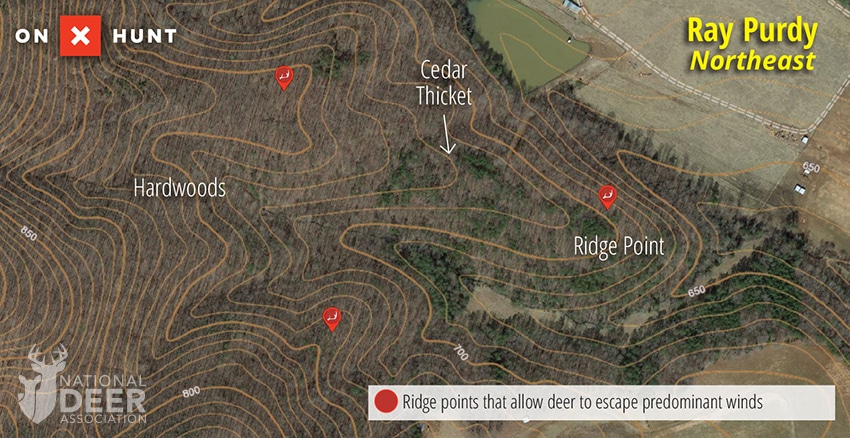 The rolling farmland of east central New York along the Adirondack Mountains is classic high-pressure deer country, making shed-hunting difficult as you attempt to pick up antlers from the gun-season survivors. Ray Purdy has been shed hunting this area for 15 years and consistently finds sheds every year. Ray has a very methodical shed-hunting approach. He doesn’t walk quickly but rather focuses on picking each property apart carefully and systematically. He averages 3.5 miles per shed found.

Ray focuses his efforts on private properties where hunters practice QDM, allowing more bucks to reach adulthood. This not only helps retain a larger number of bucks through winter but allows bucks to grow larger antlers that are easier to find. He is very careful not to walk areas and risk bumping a deer until he knows the buck has shed. This helps him better predict areas where deer will be while shedding and reduces the amount of stress he puts on deer following a long rifle season – an important consideration for all shed hunters in the North where winter survival is not easy.

Bedding cover is the key to Ray’s success and where he finds 90% of his sheds. When first locating bedding areas, he looks for concentrations of rubs near cover then considers prevailing winds and topographic features. He likes finding ridge points or ridge edges where the wind blows over bedded deer and they have a view of their downwind side while being bedded against cover (see page 30 for the corresponding map of Ray’s typical shed-hunting areas). What seems to sweeten these areas is refuge from the wind created by cover or topography. After Ray locates good bedding areas, he searches them annually for sheds. South-facing slopes have also produced for Ray; deer feed in these areas because snow melts here first and they can access food.

Ray makes a detailed map of what he has walked every day, so he doesn’t cover areas more than once and knows what still should be searched. He also marks locations where he finds sheds so he can thoroughly search these spots in future years. Once he has very slowly walked all of his hotspots, Ray will then meticulously cover the rest of his properties, walking food and transition areas.

Next week, we’ll head to the Northern Great Plains with Jesse Ross of Saskatchewan. Stay tuned, and remember to sign up for NDA’s e-newsletter to get all of NDA’s deer hunting content as soon as it’s available.

Moriah Boggess is the State Deer Biologist for the North Carolina Wildlife Resources Commission. He's an NDA member and Level 2 NDA Deer Steward. He has a bachelor’s degree in fisheries, wildlife, and conservation biology from North Carolina State University and a master's from the Mississippi State University Deer Lab. Instagram: @moriah_biologist