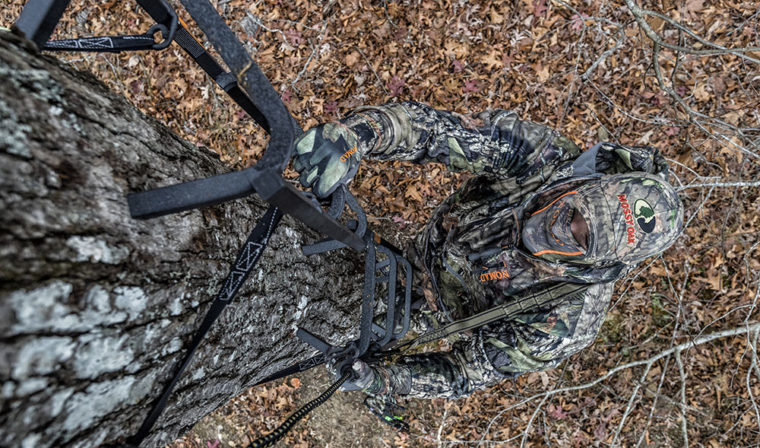 Find stand sites that combine these six features, then get ready to call your taxidermist.

What makes one stand better than another when it comes to harvesting mature bucks? Why do some stands seem to produce year after year while others fail to yield a mature-buck sighting? When it comes to hunting, and more importantly harvesting, mature whitetails a myriad of factors interplay to create so-called “go to” stands. In this article, we’ll delve into the specifics of what makes a great stand set.

To begin, let me acknowledge that these past few seasons have been banner years for my hunting partners and me here in Pennsylvania. Not all years are like this, and we will have down years in the future, no doubt. However, that hasn’t been the case in recent history. Our success rates on mature whitetails have skyrocketed compared to some years. Why? What changed? Truth be told, I suspect it all started when we really started critiquing our stand locations.

Starting a few years back, we hung a stand on a ridge that abutted a thick bedding area resting atop a hill. The particular stand was located in an overlooked spot we tended to walk past en route to other “good” spots. There was no reason for this avoidance, it was just a spot we didn’t focus on. What prompted us to investigate this particular location was a rub line that extended down from the bedding area and into an opening below the ridge. I remember following that rub line back through the timber and toward the edge of this bedding area. After looking over available trees, we hung a stand with more of a curious mindset than an anticipatory one. During the 2014 archery season, my father harvested a mature buck from that stand site. It was the first time we’d hunted that location.

As if experiencing some sort of epiphany, it dawned on me why this site was productive. It, like others that would follow, had several characteristics that great stands share. Those features are:

These features should all be taken into account when evaluating any potential stand location. The more of these features a site combines, the more success I’ve found, especially when I add in the use of attractive scents and rattling. 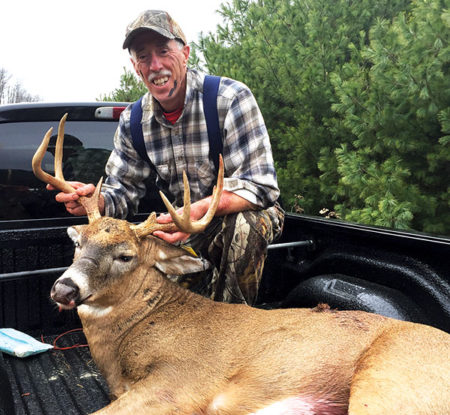 When the 2015 gun season opened, I hadn’t quite solidified my practice of looking for treestand locations that exhibited the preceding characteristics, but I was getting closer. To this point I’d tended to focus on well-used trails, droppings, and food sources, which is probably what many hunters look for. These things are nice, but I believe they tend to put more does in front of your stands than mature bucks. My mind was set on mature bucks, and I needed to change my approach. So, for opening day I decided to sit on a hillside that contained thick cover on each side with a large opening below. Personal obligations meant I’d missed out on the rut, and I hadn’t seen any rub lines nearby. However, I did have the correct wind and the pressure was light.

We had only hunted the location a couple times during early archery season, and I could access the site while remaining undetected. I decided to wait it out and see what happened. Following the sighting of one small buck and a couple of does, a mature 10-point emerged from the thicket to my immediate south. With the harvesting of that buck, stand selection criteria really began ingraining itself in my head: proximity to thick cover, good wind, rub lines, limited pressure, seasonal location, and undetectable entry/exit routes. These were the things I now began looking for in earnest.

Once the 2016 archery season rolled around, I had a winter of studying our property and looking for these features under my belt. The summer trail-cameras yielded pictures of several good bucks roaming the property. When selecting stand locations, we did so with these bucks in mind. After looking over several potential sets, I settled on hunting a creek bottom on the eastern edge of our property. The stand site essentially formed a travel corridor between two thick bedding areas. Additionally, it worked well with a west wind (the predominant wind in our area), it could be accessed stealthily, had a rub line running past it, and would be ideal for the pre-rut and rut. After selecting a site and hanging a stand, we avoided the location until late October. When the time came, I entered by walking through the creek, laid a scent drag between bedding areas, and managed to arrow a nice 9-point at around 9:30 a.m. that morning.

In our opening discussion, I shared six factors that played into great stand sets. This stand location had all of these working in its favor. Furthermore, it was enhanced by the use of a scent drag. The success from this experience really got me thinking about how to approach the 2017 season. With a mature whitetail in the bed of the pickup, my mind was already racing with thoughts about next year.

As the late summer of 2017 unfolded, the time came to hang the season’s treestands. With thoughts of years past echoing in my brain, I decided to focus specifically on the six factors I’d decided were key to harvesting another mature whitetail buck. While I hunted field edges and traditional travel corridors early, November would be focused on specific rut stands. These were places where mature bucks live and could be hunted successfully. These were the places I wanted my “best” stands to be. 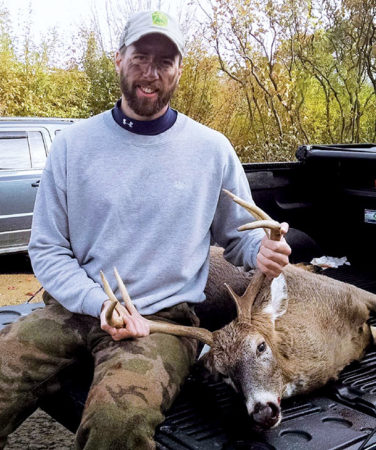 The author saw six bucks on a November morning in 2017 before finally arrowing this mature buck. Though he’d been tempted to hunt the stand site early in October, he waited until conditions were right.

After mentally evaluating several potential sites, I settled on an old hilltop that was clear-cut maybe 15 years before. That area would again highlight the combination of factors needed to make ideal stand sets. The area was very thick with young saplings and underbrush. In fact, it took a bit of effort just to locate a suitable tree. Rubs were in short supply in summer, but based on previous years I knew the area would be ripe with fresh sign come fall. To top it off, the predominant wind was perfect, I could access the site stealthily, human intrusion would be minimal to non-existent until I hunted it, and it was in a good area for deer activity during the peak of the rut. In short, the situation was perfect, and my anticipation was at an all-time high.

Archery season opened with oppressive heat here in the Northeast. That made deer movement somewhat slow throughout the month of October, and I found myself tempted to sneak into my “rut” stands on occasion but always relented. Finally, when November came and the morning temperatures dropped, all my best stands came into play. Not surprisingly, I found myself seated in the clear-cut stand on a cold Saturday morning during the first week of November. That lasted until around 9:30 a.m. when my 2017 bow season ended with the harvest of a mature Pennsylvania whitetail buck. He was the sixth buck I’d seen from that location. This stand, like the one from 2016, had all the characteristics of a great setup.

So what makes these characteristics important to a whitetail? Why do they matter? Let’s delve into that for a moment. Take proximity to cover, for example. Mature whitetails may roam open woodlots and fields, but they don’t live there throughout their lives. Instead, I believe they visit these areas for food, or en route to another destination. Deer need sanctuary cover to feel safe. Thick cover often provides the screening and security mature bucks seem to prefer, so locate it (or create it) and try hanging your stands nearby.

Couple this with any rub lines you might encounter. These lines can reveal a buck’s common travel patterns within his home range, which can help you key-in on specific stand locations. If you notice a rub line that extends from heavy cover, give it a closer look.

Next, even with the factors of rubs, thick cover, and seasonal location working in your favor, vital to your success is staying undetected. If the predominant wind direction and your entry/exit routes aid in keeping you concealed, then you’ve got something. Mature deer don’t hang around for long once they’ve detected you, so be critical of how you access these sets. Look for ditches, creeks, or screening cover that assist in your approach or let you slip away undetected.

In conjunction with these things, consider when you plan to hunt any newfound locations. Personally, I save my best spots for late October and November, when the rut hits here in the northeast and mature bucks tend to show themselves during daylight hours. The timing for you may differ from my approach, so choose accordingly. Just remember to limit how much pressure you place on the deer. Tramping around the same area for too long or too frequently could easily turn a hot stand into a complete dead end. Not only will you bump deer, but you’ll lay down considerable amounts of human scent. Both conditions are not conducive to keeping mature bucks nearby, so avoid that temptation to sneak into your best stands early. Difficult as it may be, you’ll be better served by waiting until the best times of year.

As I conclude this article, my mind continues to race with thoughts of future stand locations. Where else can I find the right mix of factors to produce great stands? While exploring the forests this off-season, I’ll certainly evaluate other potential ambush sites, each against the six criteria outlined earlier.

Put more of these factors in your favor and you’ll increase your odds of harvesting more quality whitetails!

Dominic Corsini holds a Masters degree in biology and is employed as a full-time high school biology teacher in Pennsylvania. Outside of the classroom, his time is spent reading, scouting, hunting, exercising, and exploring the outdoors with his wife and children. You can contact Dominic at dominiccorsini@hotmail.com.
View all Articles By Dominic Corsini