The Facts About Crossbows in the Deer Woods 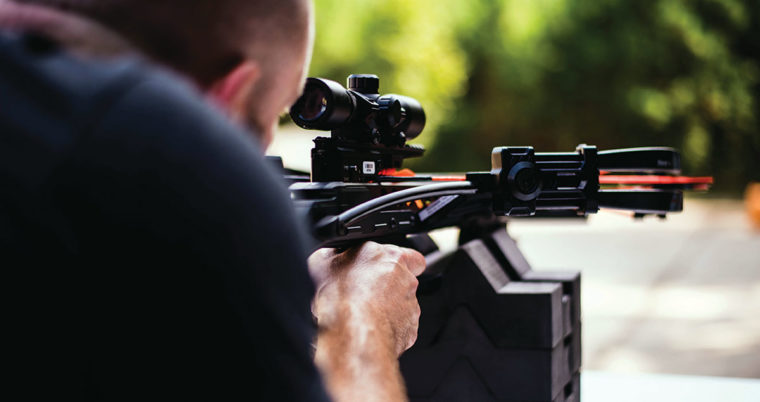 Few discussions engage as many hunters as which rifle is the best – Remington or Winchester, .243 or .270, wood or laminate stock? One discussion that can rival it is crossbow use. Crossbows can be a polarizing topic in the archery world, but their use during deer season continues to expand. We’ve monitored crossbow use since 2002, and the Wisconsin Department of Natural Resources (DNR) recently conducted the most comprehensive evaluation of the potential impact of crossbows on the biological and social factors involved in white-tailed deer management. Let’s remove the emotion from this issue and highlight the facts about crossbow use today.

Of the 37 states east of the Rocky Mountains that are home to approximately 97% of whitetails in the United States, 30 (81%) allow crossbows to be used by all hunters during at least a portion of the archery season (see map below). All states in the Southeast allow crossbows during archery season. Conversely, with the exception of Connecticut, Rhode Island and Vermont, crossbows aren’t permitted in the New England region of the Northeast. All other Northeast states allow them, and just over half of the Midwest states allow them with the upper Midwest being most restrictive. 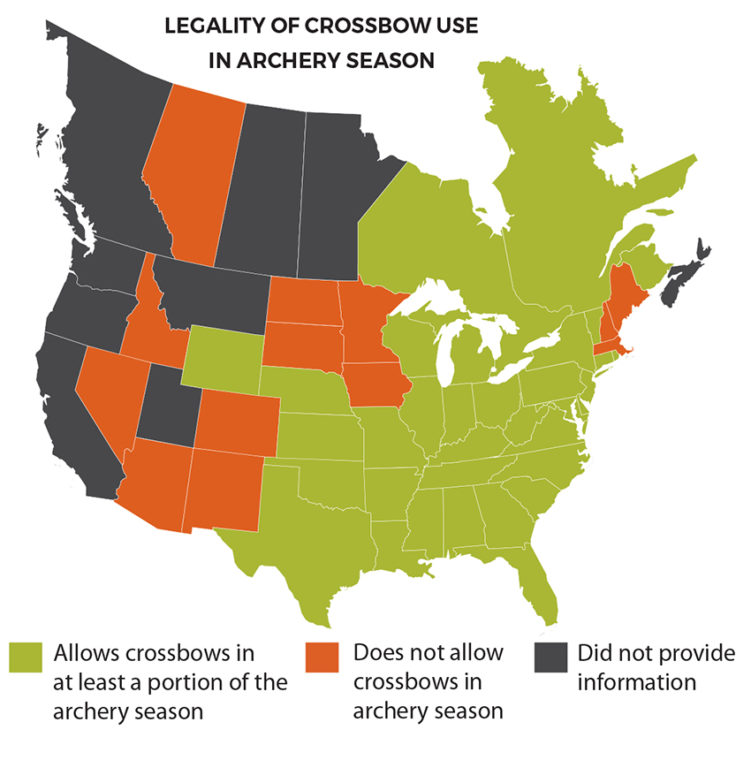 In 2002, the percentage of the total national deer harvest taken with archery equipment (bows and crossbows) was 15%. By 2012 that percentage increased to 21% but has increased only slightly since. In the 2018-19 season, it was 23%. Rifles and shotguns still take two-thirds of the total harvest annually, and this hasn’t changed much during the past decade. What has changed is the percentage of the archery harvest taken by crossbows.

Of the 30 states east of the Rockies that allow crossbows in archery season, 25 can separate crossbow from vertical bow harvest. In 11 of those states (44%) the crossbow harvest now exceeds that of vertical bows.

Interestingly, all states in the Southeast allow crossbows, but vertical bow harvest still dominates. The Northeast is entirely different (must be that Mason-Dixon Line thing) as 10 states allow them and crossbow harvest exceeds vertical bows in eight (80%).

One of those three states in the Midwest is Wisconsin, hence one reason for the comprehensive evaluation. There is much debate in the Badger State about crossbow hunters shooting too many bucks during the rut and crossbows being responsible for a decline in gun license sales. To answer those questions and numerous others, the Wisconsin DNR surveyed state wildlife agencies in 19 states (see map) about establishment of crossbows as a legal weapon, who their crossbow users were, and any effects on the state’s deer herd the addition of crossbows may have had. The results are extremely helpful for deer managers as well as any hunter involved in the crossbow debate.

The project showed participation of hunters using crossbows has been on the rise in states that allow their use. This is good from an R3 (Recruit, Retain, Reactivate) standpoint. Those most interested in using crossbows were youth, women and men who are new to bowhunting. Some key findings from the DNR survey include: 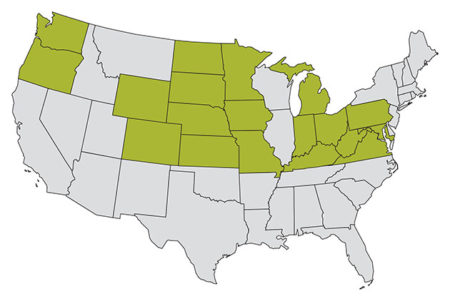 States in green were surveyed by Wisconsin DNR about crossbow use.

Important takeaways from this include crossbows haven’t produced any measurable biological impacts on deer herds, and none of the 19 interviewed states that allow crossbows have shortened their seasons or restricted crossbow use from the original laws. These states have either made no changes or expanded use of crossbows.

Deer management staff in Maryland and Indiana mentioned crossbow use had a positive impact since it allowed hunters to control deer numbers in areas where gun discharge may be restricted.

Critics argue crossbows allow longer shots and have much higher hunter success rates. However, the data disagrees on shot distances. The survey found no significant difference in the reported maximum ranges for crossbow and compound bow hunters.

Importantly, crossbows did not cause any changes in total deer harvest or any measurable biological impact on the state’s deer herd.

If crossbow success rates are higher, then how can the above statement be true? At least in Wisconsin it’s because many crossbow hunters are also gun hunters, so the impact of crossbows has largely been a shift in when these hunters harvest their deer. They’re shooting about the same number of deer, they’re simply shooting them earlier in the season.

Regarding Wisconsin’s decline in gun license sales, the DNR’s lapsed-hunter survey points to shifting life and family priorities, loss of interest spurred by not seeing enough deer, and lack of land access. 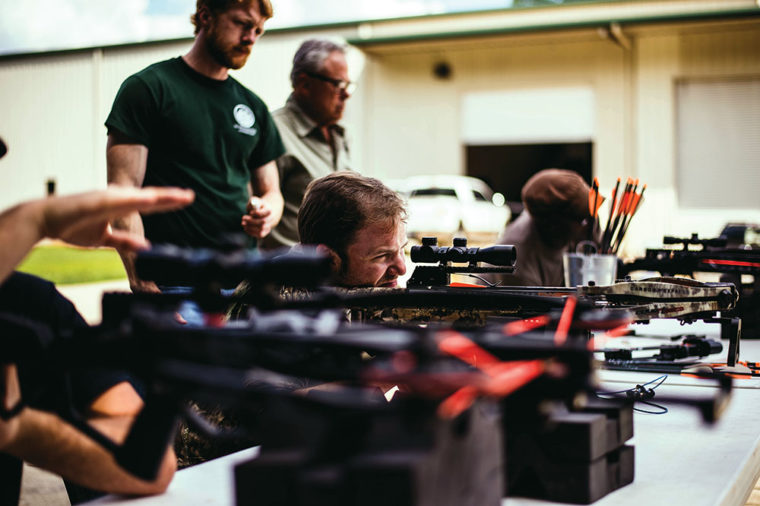 Crossbows provide a relatively easy entry point for new adult hunters, like these participants in NDA’s Field to Fork training.

Given this, where does NDA stand on crossbows? First, we recognize the opportunities they provide. In fact, some of our Field to Fork events for new adult hunters would not be possible without the use of crossbows. We also recognize some avid bowhunters despise their use during archery season. I am an avid bowhunter, but I realize how the current decline in hunter numbers is hurting our wildlife management programs and threatens the future of our beloved pastime, so I’m fine sharing the woods with a crossbow hunter during archery season.

The NDA is dedicated to ensuring the future of white-tailed deer, wildlife habitat and our hunting heritage. Thus, we are more interested in managing deer populations and habitat appropriately and protecting our hunting heritage than debating use of specific weapons. If the use of crossbows positively impacts a deer management program and helps recruit and retain more hunters, then we fully support it.