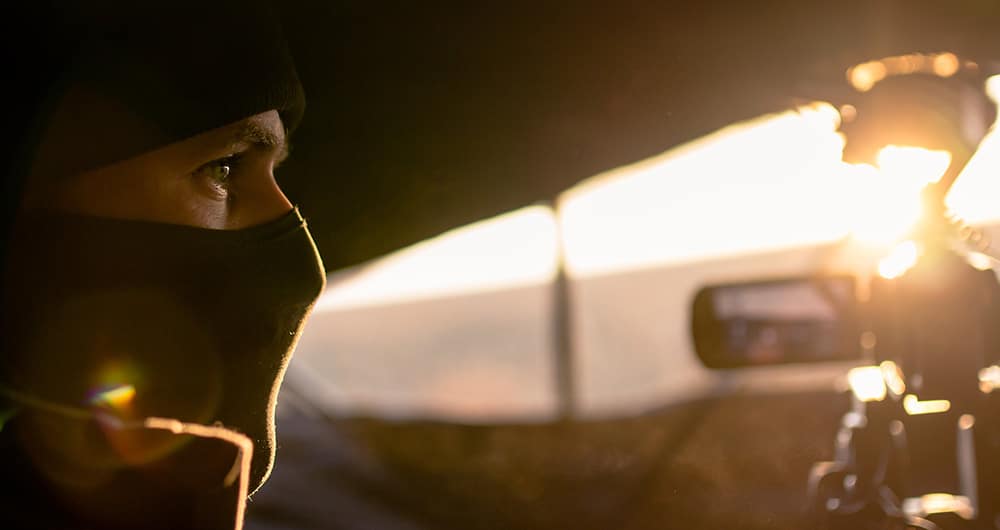 If you’re a deer hunter, there is no doubt you have felt the rush of adrenaline when a deer is spotted heading your way. The feeling you get as you reach for your weapon and ready for the shot; your target unaware of the ambush waiting from above. Now can you imagine the rush you would feel if you were sitting on the ground, eye to eye, about to take that same shot?

I used to hunt very conservatively. I knew the bucks that frequented the area. The last thing I wanted to do was educate them and risk blowing a future hunt. I would sit and watch bucks from afar as they chased does around or passed by a couple hundred yards away from my setup. Until a friend of mine, who’s a seasoned archery hunter, told me some simple, but wise words of advice about 10 years ago: If a deer is on his feet during daylight, you need to move in and kill him before that changes.

To this day that statement resonates with me. It obviously applies to more than just hunting on the ground, or even hunting with a bow, but in this article I will explain how it has made me a better hunter specifically when bowhunting from the ground. I’ll start by describing the three main methods of ground hunting, offer some tips on how to be most effective in each scenario, and end with several pros and cons when you’re not 15 feet up.

Method 1: Sit on a Stool

Hunting off a stool tucked behind a downed tree or in a crop field can be effective but challenging. If you are bowhunting, it can be even more of a challenge. You have to sit almost completely motionless and try to find the best time to draw your bow. Some of the whitetail’s western range is very desolate country — wide open space with very few trees. Many deer spend their whole lives bedding in cattail sloughs, seas of warm-season grass or undisturbed prairie. Some states that come to mind are Kansas, Montana, Nebraska, Oklahoma and the Dakotas. I am most familiar with South Dakota, having spent several falls chasing prairie whitetails there. You would be hard-pressed to find a tree that wasn’t planted by man in the county I most often hunt. Of course, the few trees that would be perfect candidates for a treestand are never growing where you need them to be.

If a deer is on his feet during daylight, you need to move in and kill him before that changes.

I was on an evening scouting mission in early October a few years back when I noticed a very large deer walking down an old fencerow that ran between two huge standing corn and sunflower fields. He was with some other deer but a few minutes behind them. I knew I needed to be back the following evening for a look. Sure enough, there he was like clockwork doing the same exact thing! There wasn’t a tree for a mile, and I didn’t dare pop a blind up in there at the chance I might bump him off his pattern. The best option was to sit on a stool tucked backed in the sunflowers.

A couple days later I had my dad ready for the ambush. After all the does and smaller bucks moved on by, it was show time. The bruiser eventually appeared and received an arrow behind the shoulder as he stepped into the skinny shooting lane of bent sunflower stalks we made on the way in. I would much rather have had a blind brushed in weeks in advance, but it just wasn’t an option.

In this scenario, sneaking in and setting up as non-intrusive as possible while he was still on a pattern was the best course of action. Of course, a ground-hunting scenario like this isn’t limited to western states. It can be utilized anywhere. If you stumble on a repeated pattern of a target deer or group of deer you want to kill, particularly during the early season when breeding is far from their mind, any sudden adjustment to their environment may be detrimental. In these situations, the key is to be discreet and blend in to what’s already there.

If you have the time to prepare, why not use a ground blind to conceal your movement? In many situations it is overlooked and can be a deadly option. Especially in places where you’ve historically viewed deer using a part of your property and/or you predict and influence their use through habitat work like food plots or thick bedding areas. You can build one out of existing materials found in nature, or you can place a manufactured blind where it needs to be. Heck, you can put it in the middle of a cornfield if you want to! Don’t settle for that tree 50 yards away from the heavy deer trail you anticipate deer walking down. We all know there is never a perfect tree right where you need one!

Like any hunt, prep work is key when using a ground blind. Be sure to:

Spot-and-stalk is a very common technique for hunting open-country animals like antelope and mule deer. To most people whitetails are to be hunted out of a tree. That doesn’t have to be the case.

On a particular November 2016 hunt that comes to mind, I had been on my way to a ground blind which I had witnessed my target buck walking within bow range of multiple evenings in a row. I knew I had to try to slip into that blind for the evening hunt. To my surprise I saw a large set of antlers sticking out of the cattails only 100 yards from the blind. I hunkered down, bummed out I hadn’t gotten out there earlier. I watched him tend a doe for almost two hours before she led him away into a large tract of CRP. I thought to myself, I can either sit here and watch them until dark or I can play the wind, use the cover of the grass, and try to cut them off. Thirty minutes later I found myself at full draw, 35 yards from the 150-inch eight pointer.

Going back to my friend’s advice on moving in on a deer when he is killable, I always use my best judgement in each situation and decide if the reward outweighs the consequences. In this case the reward was capitalizing on the daytime sighting and harvesting my target buck versus the consequence that I fail, ruin the hunt for the day and potentially run the deer out of the area never to be seen again. If the situation is right, and I think I need to make a move on an animal, I will.

Don’t overlook utilizing spot-and-stalk strategies on whitetails in any landscape, especially in the heat of the rut when their sense of danger is at an all-time low for the year.

In this case, everything was falling into place, and I knew it might be my last chance to hunt that deer for a few weeks due to a busy work schedule. I’m glad I decided to get aggressive. Don’t overlook utilizing spot-and-stalk strategies on whitetails in any landscape, especially in the heat of the rut when their sense of danger is at an all-time low for the year.

Pros and Cons of Hunting from the Ground

Pro: Entry and Exit  A key benefit of hunting from the ground is getting into your setup virtually undetected. You don’t have to risk being seen climbing up a tree. I have successfully snuck into ground blinds with deer just 20 to 30 yards away. That would not have happened had I been trying to shimmy up a tree!

Pro: Stay Dry  Being soaked to the core after a fall rain is not much fun as the temperature begins to drop. When hunting out of a ground blind, you can stay comfortable out of the elements and be out in the field longer, increasing your odds of filling a tag.

Pro: Afraid of Heights  Although most won’t admit it to their hunting buddies, many of you have likely felt the anxiety of your toes hanging over the edge of a treestand platform looking down wondering how you will be able to shift your feet into position for a shot. I know I personally nap a little bit better on the ground than in the air!

Pro: Movement  I wouldn’t suggest doing jumping jacks but ground blind hunting is a great way to get by with a little extra movement without alerting animals of your presence.

Con: Limited View  Being tucked away in a ground blind or sitting on a stool can be boring for the individual who is used to scanning hundreds of yards from their stand. When I set up on the ground, it is in a place I typically know where the deer are coming from and know they will be close. I make sure I have enough viewing/shooting lanes to give me just enough time to grab my bow and get ready for the shot. This up close and personal type of hunting isn’t for everyone.

Hunting on the ground is not always the answer but can be dynamite in the right situation. Consider all of your options the next time you are out scouting. One thing is for sure, your next hunt from the ground will be an exciting one! Good luck this fall!

Jake Grages is QDMA’s Wildlife Cooperative Specialist in northern Missouri and an avid bowhunter. He can be reached at jgrages@qdma.com or follow him on Instagram @JakeGrages