What Determines a Buck’s Antler Color? 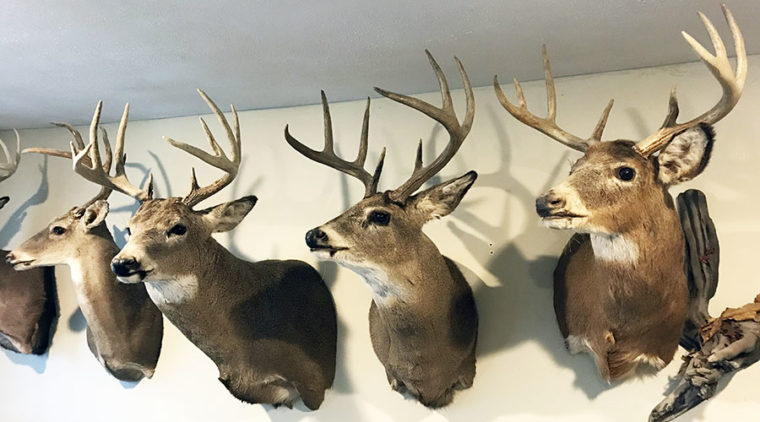 As fall winds down, I’m sure you’ve seen many pics of happy hunters with their trophies. I am continually impressed with the size, growth patterns and color of antlers. Age and nutrition are mostly responsible for the size of free-ranging bucks’ antlers, with a side of genetics thrown in, but what about their color? Is color driven by genetics, environmental factors, or something else?

Several factors may be responsible. According to Dr. George Bubenik, world renowned antler growth expert and former professor of zoology at Guelph University in Ontario, antler color depends partly on the amount of oxidized blood on the antlers (from velvet shedding) and partly from a chemical reaction between the blood and juices from plants on which the antlers are rubbed. If a buck begins rubbing his antlers before the velvet and blood have completely dried, the blood stains the antler and gives it a darker color. The predominant species of trees in an area also influence the color. Pines allegedly cause darker antlers, likely from bucks rubbing on exposed sap after they break the tree’s cambium layer. A buck’s genetics may also influence color. Some bucks are predisposed to having lighter or darker antlers, and some rub more or fewer trees. A buck’s age can play a role as older bucks tend to rub more than younger animals. Finally, the time of year can influence color as antlers generally lighten over time due to the bleaching effect of moisture and sunlight.

A buck’s antler coloration is driven by genetics, age, behavior and the environment. This explains why you may see light, medium and/or dark antlers throughout the whitetail’s range.

Do individual bucks maintain a consistent color from year to year? According to Dr. Mickey Hellickson from Orion Wildlife Management Services in south Texas, antlers are similarly colored from one year to the next within individual bucks with the following exceptions.

Dave Richards, wildlife photographer and author of Observing & Evaluating Whitetails, agrees with Mickey’s contentions and adds that bucks often have white streaks on their antlers during the first few days after shedding the velvet. In Dave’s experience, bucks that shed while it is raining tend to get a more even initial coloration.

There you have it. A buck’s antler coloration is driven by genetics, age, behavior and the environment. This explains why you may see light, medium and/or dark antlers throughout the whitetail’s range.