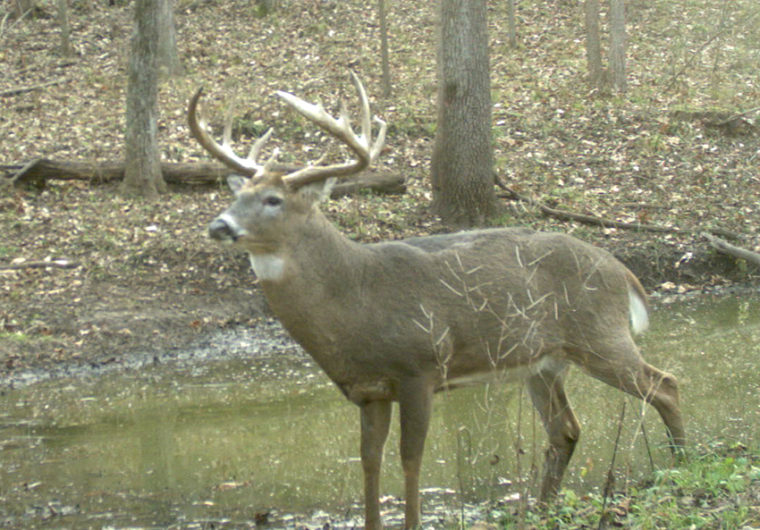 What does a deer with chronic wasting disease (CWD) look like? Most look as healthy as the buck in the trail-camera photo above. A few days after this photo was taken in November 2012, NDA member Bob Weiland of Wisconsin killed this buck, and the deer tested positive for CWD.

Whitetails carry CWD for an average of one to two years before outward visible symptoms begin to appear. During this incubation period, they appear completely healthy to an observer like a hunter, but they are capable of spreading the disease to other deer. Only in the final “clinical” stages of the disease will deer begin to appear bony, weak or disoriented.

Unfortunately, widespread use of photographs of captive laboratory deer in the final, sickly stages of CWD has led many hunters to believe that all CWD-positive deer look extremely sick. If this is your impression, it’s important for you to learn the truth: You cannot look at a deer, whether alive in the woods or on the ground after harvest, and tell if it has CWD. Therefore, NDA urges all hunters who will be hunting this fall in a CWD zone to submit every harvested deer to the state wildlife agency for CWD testing. Then, wait for clean results before eating venison from those deer. 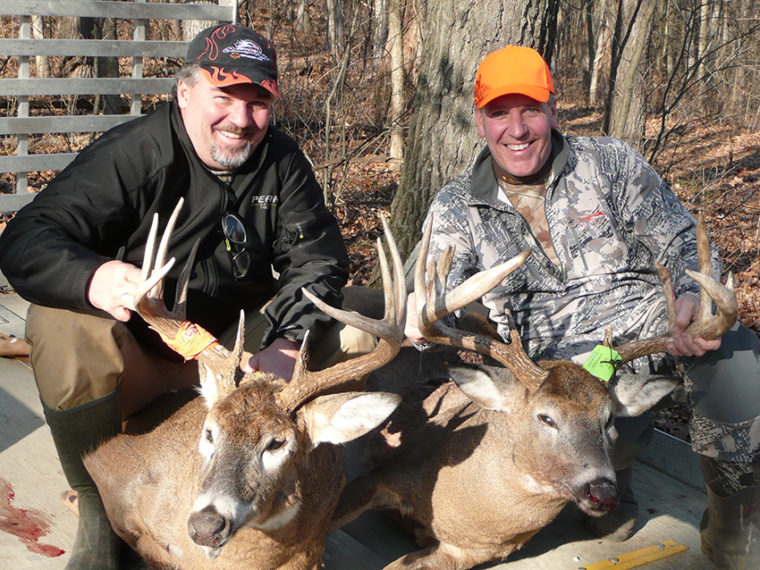 Bob Weiland of Wisconsin got the trail-camera photo above on his hunting land in November 2012. He killed the buck just days after the photo was taken. A friend of Bob’s also killed a nice buck on Bob’s land on the same day. Though the bucks appeared to be totally healthy, they both tested positive for CWD.

Why should you do this?

To date, there is no evidence any human has ever been sickened as a result of eating venison from a CWD-positive deer. Current research suggests the risk of CWD transmission to people is very low but not zero. Therefore, experts urge hunters to avoid eating venison from a CWD-positive animal. Submitting samples from every deer harvested in a known CWD management zone, and waiting for results before eating the venison, is the best way to minimize your risk and that of your family. 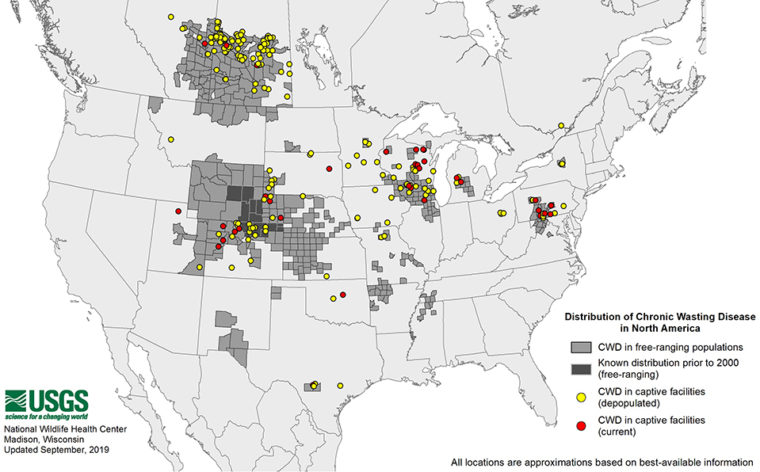 CWD distribution in North America as of September 2019. Click on the map to see the latest updated, high-resolution version.

Stopping the further spread of CWD to buy time for scientists who are seeking solutions is the number one way deer hunters can participate in the fight against this threat. Here are ways you can take action.

⇒ Learn the CWD status of counties you hunt in your home state and in other states. Call or visit the website of the state wildlife agency or view the CWD map layer in the onX Hunt App.

⇒ Know your home state’s rules for importation of deer/elk carcass parts from other states. Never cross any state line with anything more than deboned venison, antlers attached to a thoroughly cleaned skull plate, a cleaned hide free of attached flesh, and canine teeth (elk ivory).

You cannot look at a deer, whether alive in the woods or on the ground after harvest, and tell if it has CWD.

⇒ If a friend is traveling out of state to hunt this year, ask them if they know whether they are traveling to a CWD management zone. Encourage them to find out and follow the rules and guidelines.

⇒ If you see or harvest a deer that behaves strangely or appears sick, or if you find the fresh carcass of a deer that appeared to die of an illness, quickly report it to your state wildlife agency. The sooner CWD is discovered in a new outbreak area, the higher the chance it can be prevented from becoming established at that site. Report sick deer quickly!

⇒ Read and share the article Every Deer Hunter Can Take These Steps to Fight CWD for a complete list of action items.

⇒ Keep a positive outlook. Wildlife conservation has faced and overcome difficult challenges before, and we will do it again through timely action by deer hunters and managers.