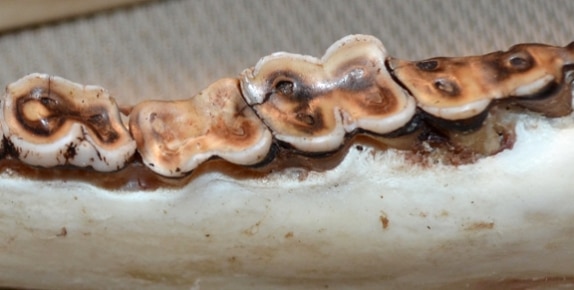 Most hunters consider a 5½-year-old buck to be really old. I agree with them, as only a small percentage of bucks live that long in the wild. In general, however, it’s not the “wild” that’s hard on them. It’s humans that determine longevity of most wild deer, and we are very adept at removing a high percentage of bucks at young ages. Research in Pennsylvania and elsewhere shows that hunter harvest is the primary mortality source for deer 1½ years old and older. We are also serious predators outside of the hunting season, as State Farm Insurance Company estimates there are approximately 1.5 million deer/vehicle collisions in the United States annually. Throw in severe winters, droughts, floods, diseases and predators, and there are plenty of opportunities for deer to die. However, they are tough critters, and if we don’t hit them with an arrow, bullet or Chevrolet, there is a strong chance they’ll be alive the following deer season.

Given all the above factors, it’s logical to assume that very few wild deer live as long as they’re capable of living. Therefore, records of captive deer may provide a better estimate of a whitetail’s true longevity. We talked to researchers and managers from across the whitetail’s range to find examples of known-age captive and wild deer pushing the age limits. The results were astonishing and will surprise many who dream of that elusive 4½ or 5½-year-old “grandpa” buck.

The Luxuries of Captivity

Captivity offers numerous advantages to whitetails. Most captive deer are fed abundant amounts of high-quality feed, predation is generally minimal or absent, and some are even administered vaccines and medicines. Such conditions provide many luxuries not afforded to wild deer.

Most of the oldest captive deer on record were does. Dr. Peter Pekins from the University of New Hampshire ran the UNH Wildlife Research Facility for nearly two decades. Pete and his students raised countless deer during his tenure, with the two oldest being 17- and 18-year-old does. “Pippin” was euthanized at 18 years of age following a shoulder injury that left her crippled. “Margo” was euthanized at 17 years of age due to closing of the facility and transport restrictions that prevented her from being relocated. Interestingly, Pippin was Margo’s mother, and both bore twin fawns annually right up to the time of their deaths.

David Osborn is the research coordinator for the University of Georgia’s deer facility. During his time there, David has raised three or four does that reached 18 years and a buck that reached 14 years! The buck was still in good shape but had to be euthanized due to his increasingly aggressive nature.

Dr. Grant Woods of Woods & Associates and GrowingDeer.tv recalled one of Dr. Harry Jacobson’s research does from Mississippi State University that was 22 years old and still producing fawns.

Leonard Lee Rue includes a statement in his Encyclopedia of Deer of a 23-year-old captive deer, but he didn’t include any information on sex, location or reproductive status.

The oldest captive deer record we found was from Joe Hamilton, QDMA’s founder. Joe recounted a captive doe in Texas on the Kerr Wildlife Management Area that was 23 to 24 years old. Amazingly, she had a fawn at that extended age.

We’re sure there are researchers and/or hobby farmers who have raised deer older than those listed here. Our point is not to claim a record age but to identify the upper limits of whitetail lifespan. Many of the researchers we spoke with said a deer’s teeth simply wear out at some point in their late teens, leading to an inability to eat effectively and declining health. The well-worn teeth shown in the photo above belonged to a wild Georgia buck that was aged by cementum annuli analysis (CAA) at 15½ years!

Free-Ranging Seniors
Given the myriad of things that bite, shoot, hit, eat, chase and stress deer, it’s amazing that any free-ranging whitetails reach ages even approaching those of captive deer. However, published accounts of known-age wild deer not only approach the previously mentioned ages, some surpass them.

Joe Hamilton shared the story of a tagged doe shot on the Webb Center Wildlife Management Area in Garnett, South Carolina. She was killed at 14½ years of age in the exact same field where she was tagged as a fawn!

John Ozoga, retired deer researcher from Michigan, recounted known-age deer from multiple studies in the upper Midwest, including a 15-year-old doe in north-central Minnesota, a 19-year-old doe in northern Minnesota, and a doe in upper Michigan that was 19 years and 10 months. John even knew of a buck from northern Minnesota that was 17 years old! Amazingly these deer approached the upper age limits despite severe upper Midwestern winters and heavy hunting pressure.

Two Enormous Sample Sizes
Dr. Mickey Hellickson of Orion Wildlife Management Services, and formerly the chief wildlife biologist on the King Ranch, sent 800 to 1,500 buck incisors annually to Matson’s Lab in Milltown, Montana for CAA. He amassed an enormous sample size of over 10,000 harvested bucks. The King Ranch is well known for mature bucks, but it’s mind boggling to consider that hunters harvested bucks that were more than 10 years old on a fairly regular basis and one that reached 17 to 18 years.

Matson’s Lab has been aging mammals for over three decades. Most state, federal and private management agencies use their services, and from 1978 to October 2010, Matson’s had aged 206,253 white-tailed deer from across North America. Of all these, the oldest came from North Carolina and was 19 years old. Their records don’t list the sex, but it was likely a doe. Similarly, their oldest mule deer was 20 and oldest black-tailed deer was 22. (Update: We’ve learned that in 2013, Matson’s aged a wild Louisiana whitetail doe at 22 years.)

A Testament to Toughness
Winter storms, summer droughts and poor habitat management can all leave deer nutritionally deprived. Coyotes, black bears, wolves and other predators eat whitetails. Diseases and parasites negatively impact their share, and we hit them every day with our vehicles. Considering these factors and other sources of stress on deer, it’s amazing that any live past a few years. They are expert survivors due in large part to their being one of the toughest critters on the planet. From their beauty to their grace and sheer strength, we are infatuated with whitetails, and are glad that an increasing number of hunters and current deer management programs are allowing bucks to get at least a year closer to their lifespan potential.