Why Are Bucks in Front of Everyone’s Cameras But Yours? 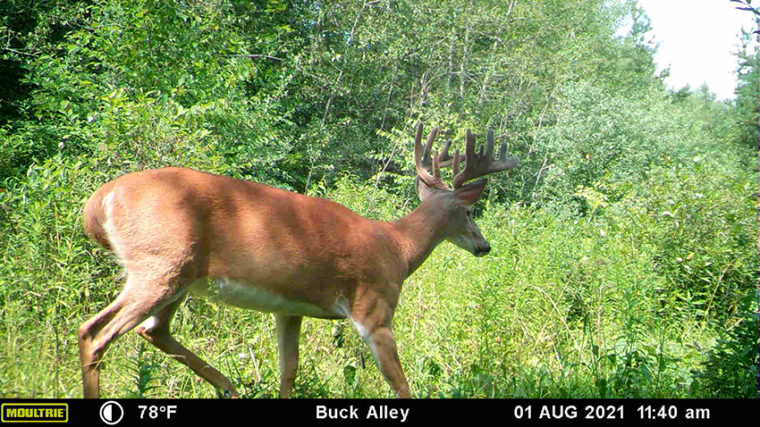 The parade of social-media bucks is underway. Every day now, more trail-cameras are appearing in the woods, and so are the photos they capture, especially big bucks in velvet and big bachelor groups of bucks that posed for a squad photo.

For example, Brian Grossman posted new photos of a really nice public-land buck he caught using a mock scrape recently in Georgia. Nick Pinizzotto said he was only getting middle-aged bucks, until August 1 when a more impressive – and even palmated – buck walked down “Buck Alley” in Pennsylvania (see Nick’s photo above). Mark Kenyon of Wired to Hunt shared some great Iowa bucks and said, “Can’t beat this time of year and all the blissfully high hopes.”

Good for y’all. Really. Enjoy your bliss. Me, on the other hand, I’ve had my cellular cameras in summer monitoring locations since May, and I’m getting mostly does, fawns, yearling bucks, and several bachelor groups of armadillos. But I’m not worried about it, and if you’re not seeing lots of bucks or any big bucks, you shouldn’t worry either. I’m here with good scientific explanations, and they don’t have anything to do with actual numbers of bucks in the area.

A likely explanation is this: Bucks move less and cover less real estate in summer than any other season. Most of them contract their movements into vacation condominiums for the summer months, leaving a lot of their year-round home range unvisited for a while. Unless you’ve got so many cameras in the woods that you’re monitoring every corner of the land you hunt, it’s relatively easy to place a camera in a void between these smaller summer ranges that isn’t going to be visited right now. And if you hunt a very small property, all of your woods might lie in one of these voids.

Just how much do adult bucks contract their movements in summer? Several scientific studies using GPS tracking collars have examined seasonal range use of bucks age 2½ or older. Let’s look at a few.

Keep in mind that researchers generally define “home range” as the space where they find 95% of the GPS locations, and they define “core area” as the space within that home range where a deer spends 50% of all its time.

Taylor Simoneaux earned his master’s degree from the University of Georgia with a study published in 2015 that tracked 25 bucks age 2½ or older in northeast Louisiana’s Tensas River National Wildlife Refuge.

In study results published in 2014, Andy Olson of the University of Georgia tracked 15 bucks age 3½ or older in unbroken hardwood forests of Pennsylvania.

In 2007, James Tomberlin of North Carolina State University tracked 15 bucks age 2½ or older on a study site with about an equal mix of big agriculture and hardwood forest in Maryland.

Notice that across all three studies, home ranges and core areas were smallest in summer, on average. Even if your camera is in a buck’s summer home range, but you miss the relatively small core area, you’re less likely to capture him. For example, consider that in the ranges provided from the Louisiana study, the smallest summer core area was only 37 acres.

Here is the data above presented in a visual chart: 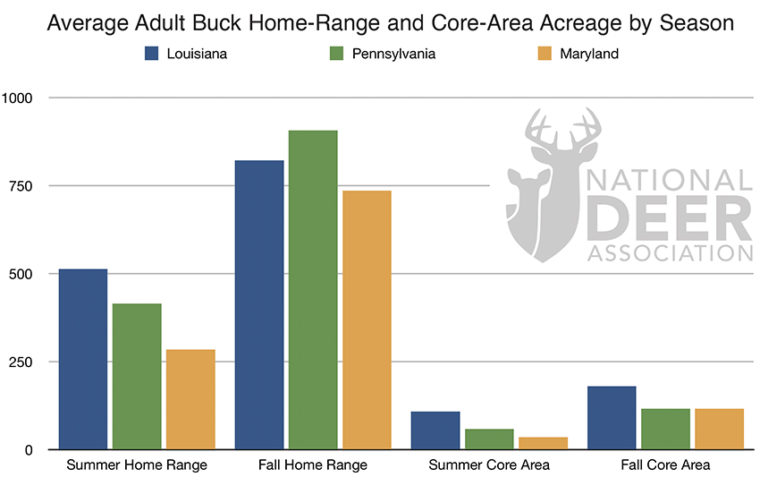 This is why I don’t worry about the quantity of bucks I get on camera in summer. They’re relatively reclusive this time of year, and it’s easy to miss them in many scenarios, especially heavy woodlands with little or no agriculture or other obvious summer food source to concentrate them. They also prefer to gang up in summer bachelor groups, which further tends to clump all the buck activity in small areas while leaving vacuums throughout surrounding areas they would all normally visit in fall.

If you’re fortunate to discover the perfect summer resort for bucks – say a productive soybean field next to dense bedding cover – then you can enjoy lots of great photos and hours spent with binoculars or a spotting scope watching bachelor groups use those resources. If not, don’t fear. You will likely begin to see bucks appear soon when they shed their velvet, break out of the bachelor groups, and start covering more of their home ranges again.

This is another important point: Summer buck activity is not necessarily an indicator of the individual bucks, or the activity level, you will see during the rut. Yes, those folks getting lots of great bucks on camera now might be wearing your shoes – wondering where that buck went – in a few months.

James Johnson of the University of Georgia studied this phenomenon. He ran three, separate, baited trail-camera surveys in late summer, prior to hunting season. He also ran season-long, non-baited monitoring on trails and other sites at a camera density of one per 50 acres. Of the unique bucks captured on camera in his three pre-season surveys, 12%, 20% and 25% of those bucks failed to stick around. They didn’t appear in front of fall cameras. 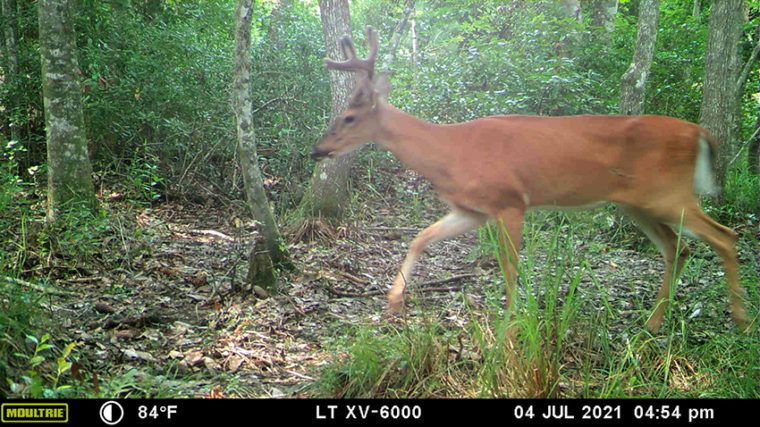 Above is the only middle-age buck I’ve captured on camera this summer. The rest have been does, fawns, and a few yearling bucks, like the one below that recently checked out a mock scrape. But older bucks usually start making surprise appearances in October at this location. 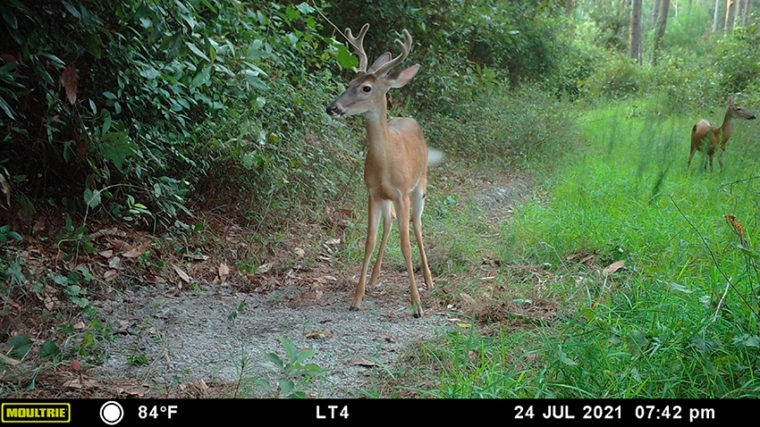 Because of expanding range use, shifting food sources, shifts of focal areas within home ranges, and even excursions outside of home ranges, you are likely to start seeing more or different bucks as the rut approaches.

This happens to me almost every year. As scrape activity starts to pick up in October and I move my cameras to those sites, I start seeing more bucks, especially adult and mature bucks, on camera. They seem to come out of nowhere. Some are recognizable from past seasons, and I can’t tell you where they spent their summer. Others are complete strangers. They may have come from far away, or they may all have been closer than I realized.

For now, if you’re not getting any bucks on camera, or you’re not seeing a particular buck you expected or hoped to see, you can try shifting your trail-camera setups to new areas regularly until you get dialed in on a summer vacation zone. But if you’re hunting small acreage, or you can’t find time to move cameras regularly, don’t sweat it. Be patient. There are likely more bucks in the area than your cameras are capturing right now, and more will appear this fall. Give them a little more time to reveal themselves.